The horses, a pregnant mare and her colt, were relocated thanks to the Kentucky Humane Society. They will soon be available for adoption. 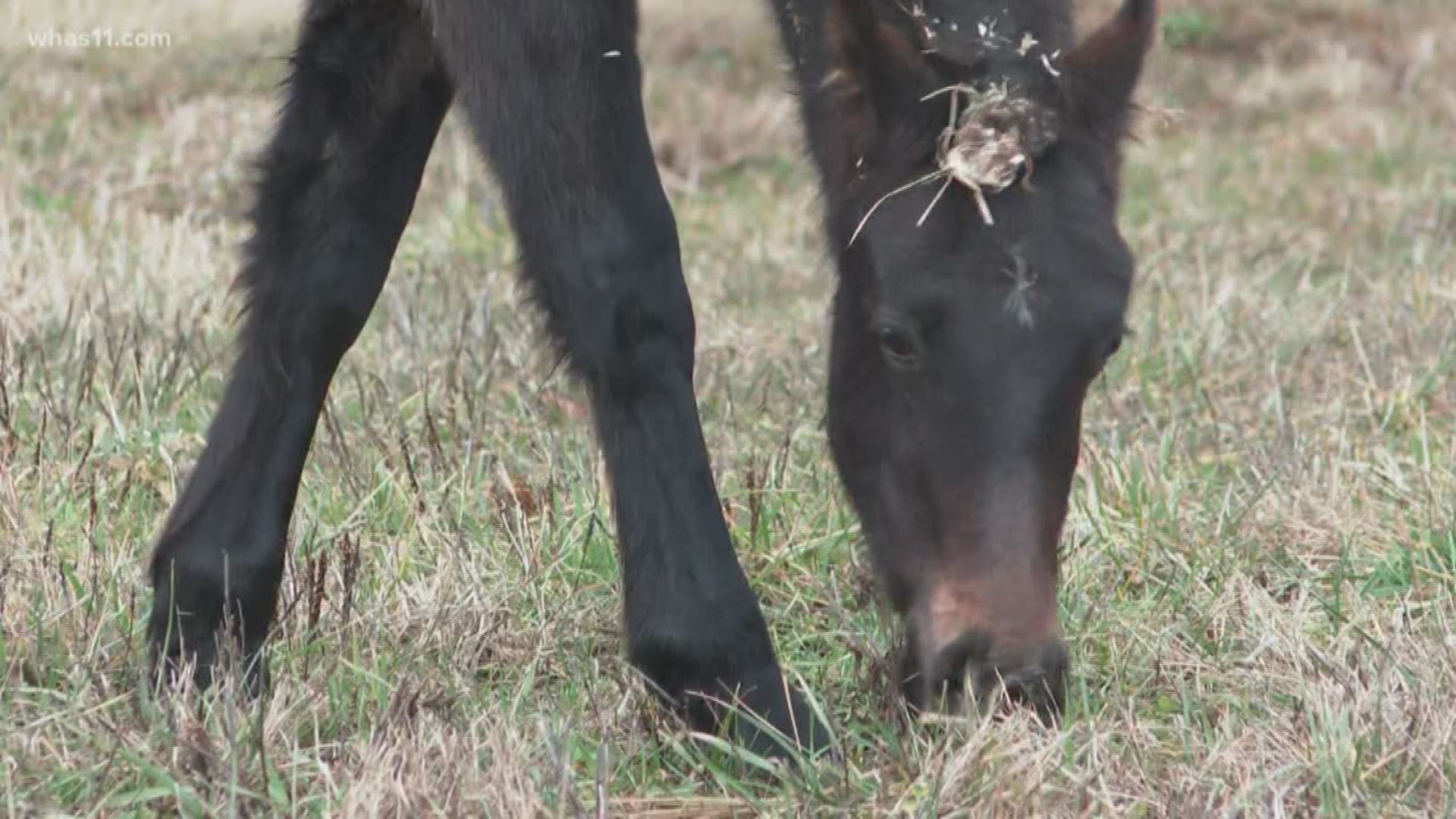 SHELBY COUNTY, Ky. — Officials have been looking for information after more than 20 horses were shot and killed near a strip mine in Eastern Kentucky earlier this month. Two of the surviving horses were recently rescued by the Kentucky Humane Society and will soon need new homes.

A pregnant mare and her colt were relocated from Floyd County to a barn Shelby County, about 200 miles away. Lori Redmon, the president and CEO of the Kentucky Humane Society, stepped in when she learned there were surviving animals in the area where at least 21 horses were found shot and killed.

“For some reason, she escaped being shot, and her baby did as well,” Redmon said.

The two horses arrived in Shelby County late Friday night. While they didn’t have any gunshot wounds, Redmond said there were other problems.

“She is very thin. You can see her ribcage and her hip bone is hollowed out,” she said.

Redmon said the Kentucky Humane Society had to clear out space in a barn in order to find the mother and her son a place to heal until they're ready to be adopted.

“When we heard they needed a placed to go, we reached out and offered to help,” she said. “We did not have room here. We are at capacity and yet we felt like we needed to help.”

Several organizations and donors are offering $15,000 for information about the shooting of the horses The Kentucky Humane Society is also asking for something else: names for these two horses.

In particular, they're looking for names appropriate for two survivors.

The Humane Society said there are still other horses believed to be alive at the strip mine site. They plan to rescue all of them as soon as they can