For families welcoming foster or adoptive children, the experience can be overwhelming. A Kentucky organization has been helping ease the jitters for more than a year. 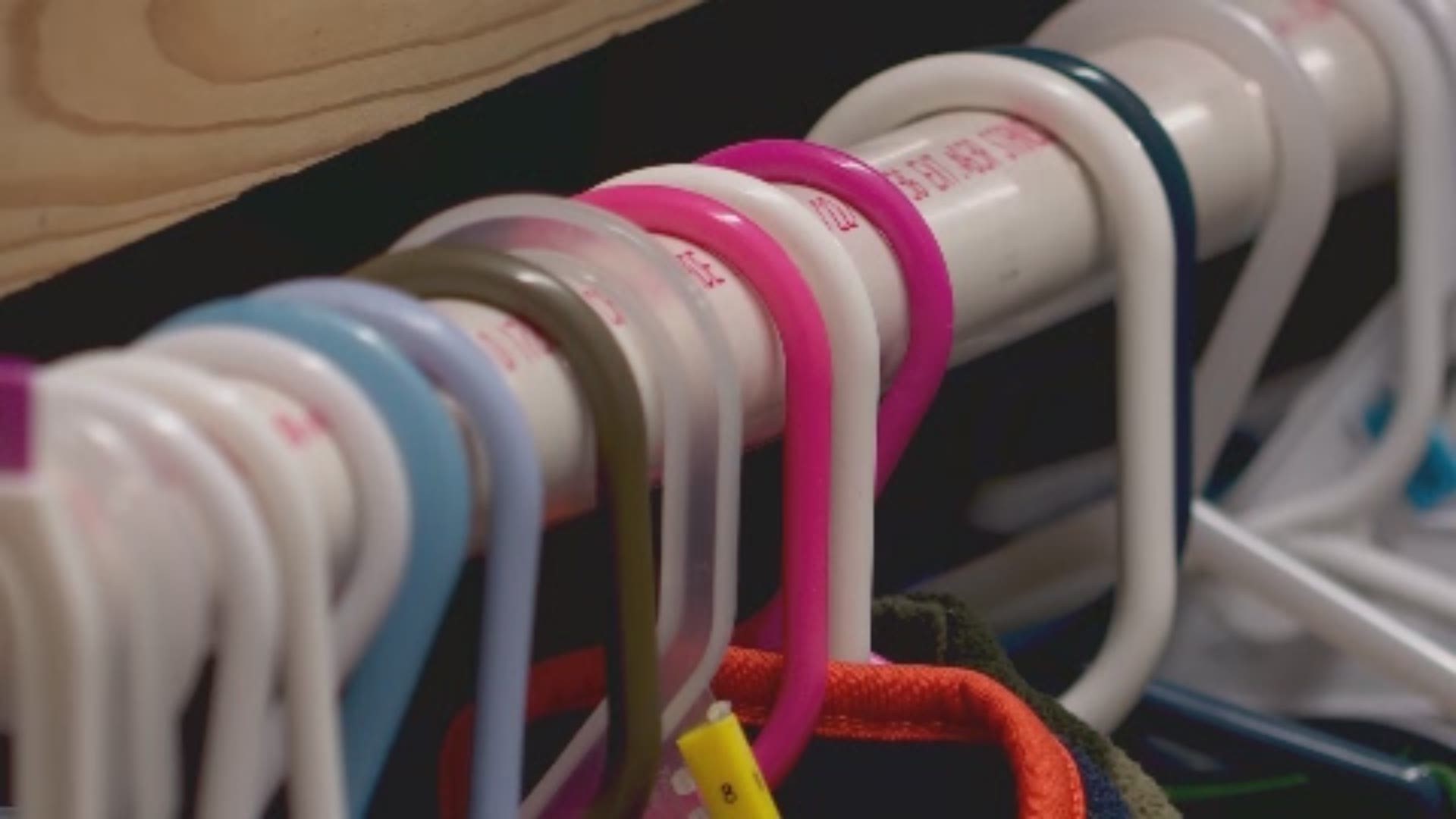 LOUISVILLE, Ky. (WHAS11) -- Amidst the racks of clothes for kids of all ages is Angela Bischoff, the owner of Hope's Closet, busy working taking down coats and putting up new shirts and pants.

"We are doing the undertaking at this current time of taking down our winter items and putting up our summer," Bischoff said. "As crazy as it sounds, in the months of March, we're actually going to be collecting winter coats. So as everybody is ready and putting their coats away, we're going to be gearing up and starting for next season."

It can be easy to miss tucked inside a strip mall next to a Big Lots on Taylorsville Road, but Hope's Closet doesn't need a whole lot of space. It isn't a normal store - for one, it's open to a specific type of customer, serving families who are fostering or who have adopted children.

Bischoff, a former foster parent herself, knows first-hand the challenges that journey can bring, especially when the children often come empty-handed.

"Most of the time, it's just an outfit or maybe just a garbage bag and you have to go out either in the middle of the night or run to Walmart and grab what you need," she said.

That's why she started collecting everything a parent might need, as parents Tim and Katherine Wooley know very well.

"In here, you can get several pairs of shoes, underwear socks, jackets, clothes, toys, books - I mean, I think we've gotten everything here," Tim said.

"If they come into your house and they need a car seat, we have those here or a package of diapers," Bischoff said.

And the other thing that makes this place different, the kids get to pick out what they want. Oh, and everything is free.

"Children don't like to be known as foster children," Wooley said. "You walk through those doors - we do the paperwork, they go on and foster is not mentioned."

"I don't know a lot about finances or anything, but I know that we're saving a lot of money by shopping here at Hope's Closet," Lydia Wooley, Tim and Katherine's daughter, said.

This Sunday, Bischoff celebrated one year of Hope's Closet being open in its new space after she moved the operation out of her own garage. In this year, Bischoff said she has helped serve more than 1,500 children.

"The smiling faces and knowing that we're helping these kids, that keeps me going every single day," she said.

Hope's Closet may be a small space, but like hope itself, all you need is a little to make a big change.

Anyone interested in either getting help from Hope's Closet or donating or volunteering can get more information on their Facebook page here.