Central Indiana's Hispanic population has grown by 500% in the last 20 years. 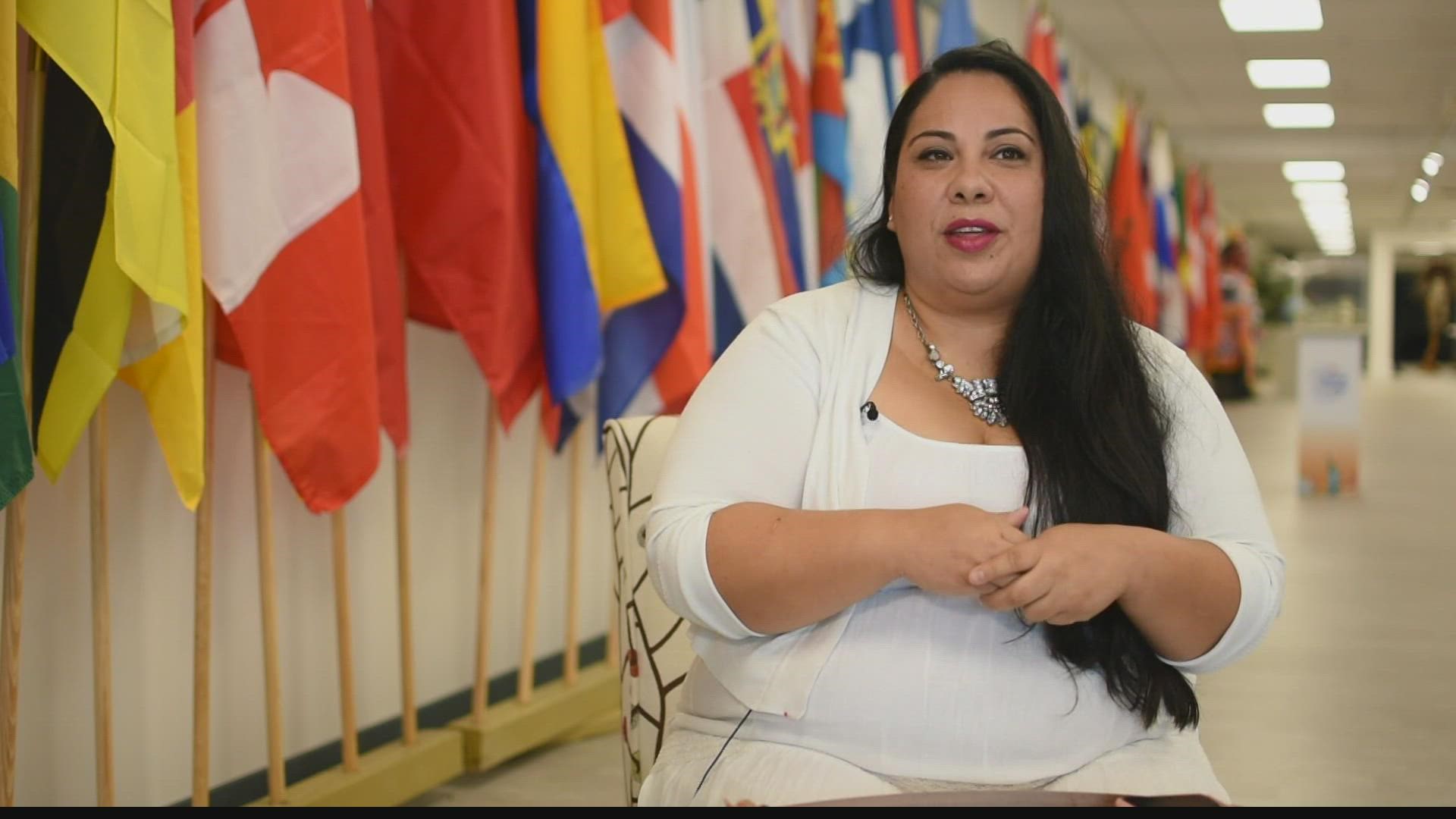 INDIANAPOLIS — Inside Indy's Global Village Welcome Center, Elia James Sanchez can't help but beam as she shows off the many pieces of her Hispanic culture.

They are colorful examples of a Latino legacy that is just as vibrant throughout the city.

Latino families have found increasing success in Indiana — making their home in the Crossroads of America.

Central Indiana's Hispanic population continues to climb, growing by 500% over the last 20 years.

Nearly 5,000 Hispanic-owned businesses in Indianapolis generate more than a billion dollars a year in revenue, according to the Indy Chamber.

RELATED: Indy's Global Village Welcome Center features cultures from all over the world

"You have like that immigrant spirit that wants to really work hard, work the extra mile, because this incredible country is giving them that opportunity. And so they work that much harder to be successful," Sanchez said.

There's not a more perfect example than what happened during the pandemic.

Like all businesses, immigrant-owned restaurants were also struggling on the northwest side at the International Marketplace. Sanchez said four closed. But amazingly, more new places opened. The restaurants survived by sharing employees.

"If there was a day that one restaurant was down, another restaurant would call them and say, 'I have an incredibly busy day. Is there any way I can borrow two of your employees?' And then they would go over to the other restaurant," Sanchez said.

RELATED: Hispanic Heritage Month | How it all got started

She said that's symbolic of the Latino culture.

"We're very family-oriented and so we have the saying 'mi casa es su casa,' right? Everybody knows that saying. 'My home is your home.' And that's how we really feel about the community."

It is a way of life befitting Indiana, where people pride themselves in Hoosier hospitality.

"This is everybody's home, and so we all should work together to make it better."