City officials and family members of Dorsey gathered at 18th and Burwell Avenue on Tuesday to mark his Louisville legacy. 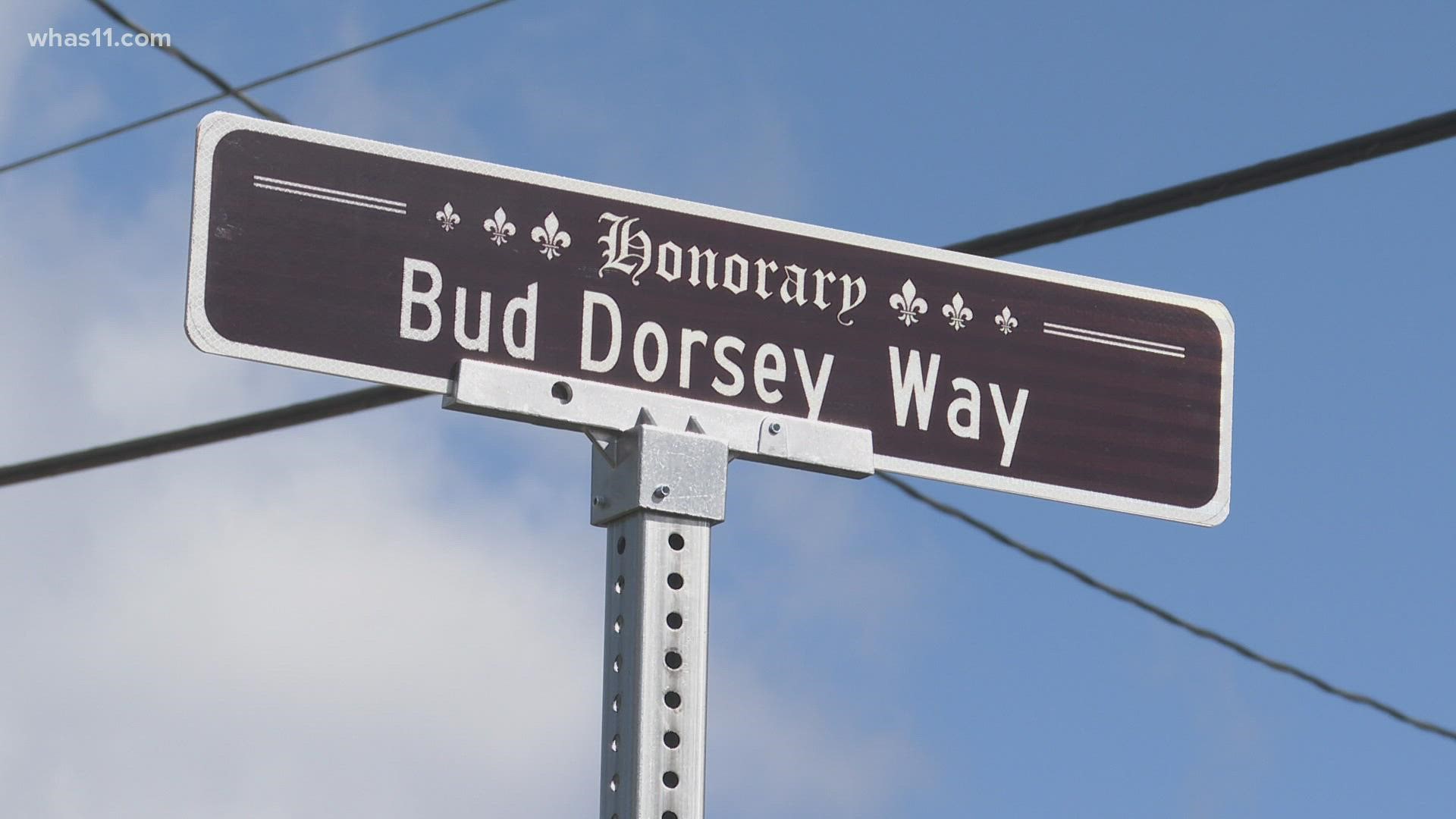 LOUISVILLE, Ky. — Charles 'Bud' Dorsey captured the evolution of west Louisville for many years from behind a camera and his photography work meant so much to so many.

Right after Dorsey died in July, work began to honor his legacy.

On Tuesday, Metro Louisville officials unveiled a new street sign at the corner of 18th Street and Burwell Avenue bearing his name.

The location is the site of the Louisville Defender, a historic African American newspaper, where he spent years documenting the Black community, events and issues.

"This sign means everything. My father loved Louisville. He loved to be the voice for the voiceless and this sign is just an example of the love that he had for not only Louisville, but the Louisville Defender and how he captured, over the years, the history of this city," his daughter Kim Anderson said.

Dorsey not only worked for the Defender, but also the Courier Journal and started the West End Photography Club to encourage kids to pursue photography.