After their houses were flooded multiple times, homeowners near the river said they were done dealing with it, taking an offered buyout and moving out. 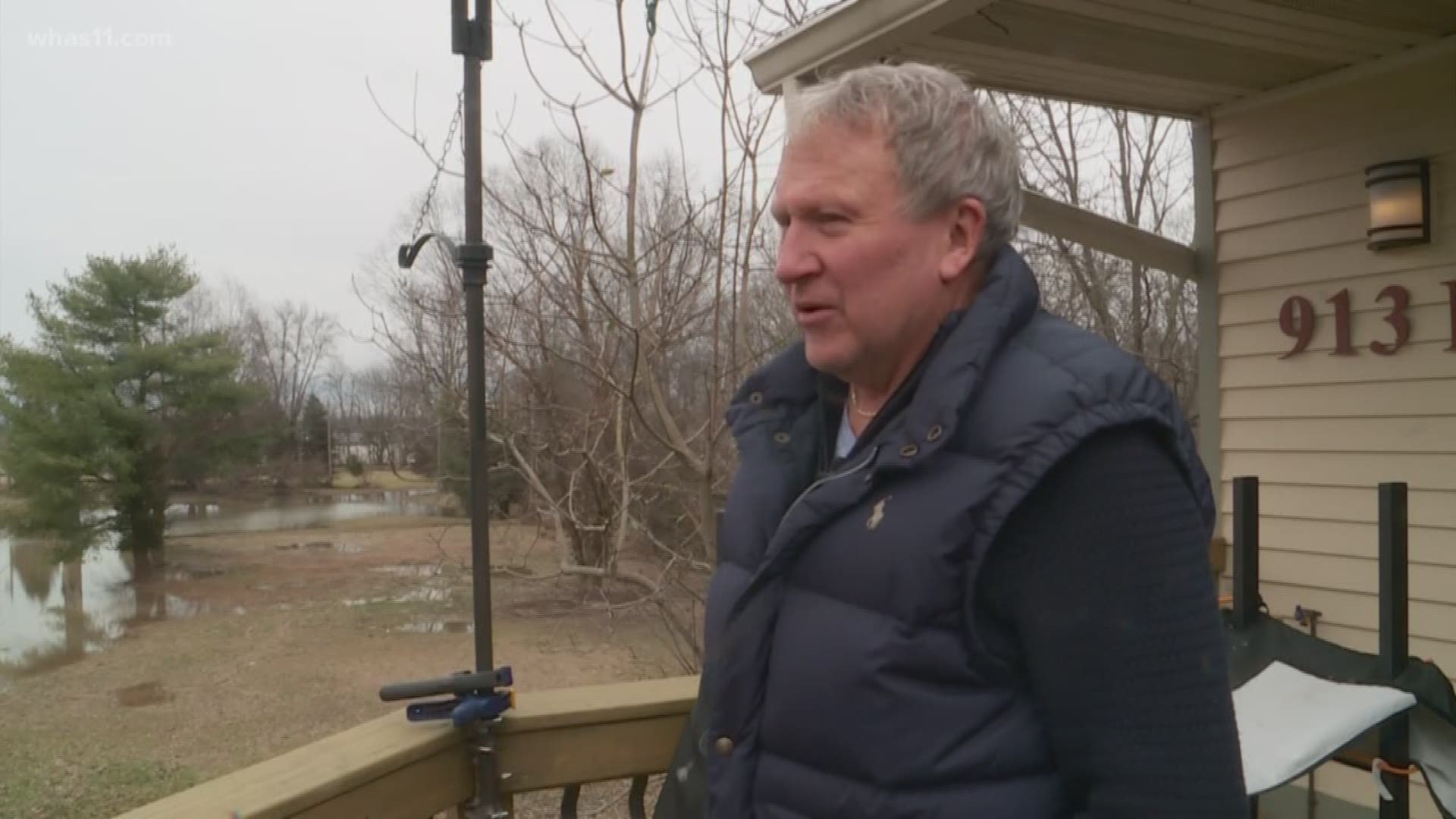 LOUISVILLE, Ky. — Currently, the water in the Riviera neighborhood is still up to some mailboxes as of Friday afternoon. Less homes were actually affected by this round of flooding, though. It's because after last year's flooding in February, homeowners said they were just done with dealing with it.

"One, two, three, and four was on the corner," John Fleming said.

That's how many houses Fleming said used to be right next door to his home in the neighborhood.

But they left because, according to Fleming, "it was like the third time they'd flooded."

Fleming said his neighbors chose to leave their homes because they were sick of the clean-up required after a flood. He said there is usually a large amount of gunk to power wash.

"It's the aggravation of having to go back in and retro fit, clean up, re-drywall, furniture, move in, move out," Fleming said.

Fleming said one of his neighbors has been repairing his home to either rent or live in, after it was damaged from last February's floodwaters.

"And then the flood came again, so it's probably the last straw that broke the camel's back," Fleming said.

John said he's thankful this year's flooding isn't nearly as bad in their neighborhood as it was the year prior.

"It's a nuisance, but not like last year," Fleming said. "I've been through three. Last year was the worst."

Last February, the water filled John's garage and he had to use a boat just to get in and out. He said everything in his garage is now placed higher off the ground, or on a dolly so he can easily move his belongings out quickly if he needs to in the event of a flood.

Homeowners have left the neighborhood, in part, because the Metro Sewer District has offered them a buyout option. According to Sheryl Lauder and Lori Rafferty, with MSD, the buyout option for residents comes through FEMA grants.

For the Riviera neighborhood specifically, MSD has been granted three grants from FEMA in 2016, 2017, and 2018.

Through those grants, 12 homeowners in the neighborhood have taken a buyout.

Once that happens, the home is boarded up until it can be demolished. So far, five homes have been demolished. Rafferty and Lauder said the entire process is very slow.

Once the home is demolished, the property remains a maintained green space, since no structure is allowed to be built on it. MSD does not have exact plans for what it'll do with the green spaces.

So while some have chosen to move out, Fleming said he has no plans to leave.

"We are riverfront. This is riverfront, true riverfront properties on occasions," he said laughing.

"People ask me 'John, the river floods like it does, why do you stay?'" Fleming said. "Why do people stay on the coast when hurricanes come through? You get used to it, you prepare for it, and you deal with it. That's my answer.