The founder of Love Transformation Project said he's been in their shoes before and wanted to do something to help. 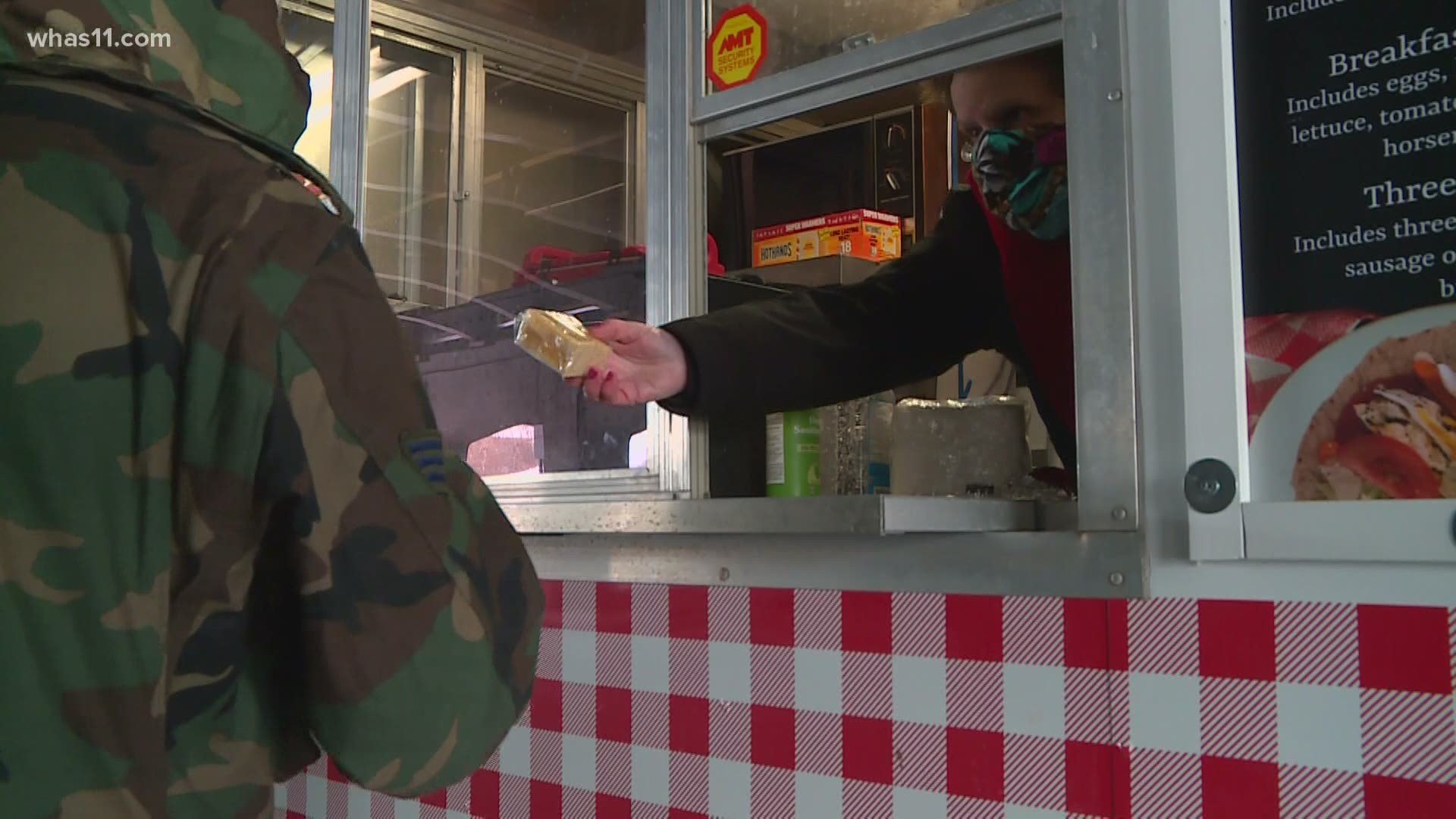 LOUISVILLE, Ky. — A Louisville outreach group served 200 meals to the homeless on Tuesday the city preps for more winter weather.

"We just love you all enough to do stuff like this,” said Love Transformation Project’s founder, Calvin Wooten before handing out the hot meals.

Wooten said he’ll promise dinners to crowds every Tuesday, especially during this cold.

“I've known, in five years, several people to die out here, and freeze to death. And after that first year I was like, no more,” he explained.

Wooten said he slept under this same bridge 18 years ago. “People reached out and tried to help me and I think it's time it goes full circle.”

“I’m going through a really rough time myself, and I think it's great what they do for the homeless people,” said one man who asked not to be named. He’s been on the streets for three months.

“Like family, that's what it feels like, it feels like family under here to us,” said Wooten. “We don't got nothing better to do today, why not be here and share some love and some food with some people.”

Wooten told WHAS11 that he hopes to recruit some of the homeless to work with him on the food truck, offer them pay and help get folks back on their feet.

To volunteer with the Love Transformation Project, or learn more about the organization, they suggest you reach out to the Facebook page.