Homeless camps to be cleaned, no longer cleared next month

Those camping out under the overpass on Jefferson and Jackson no longer have to clear out next month. 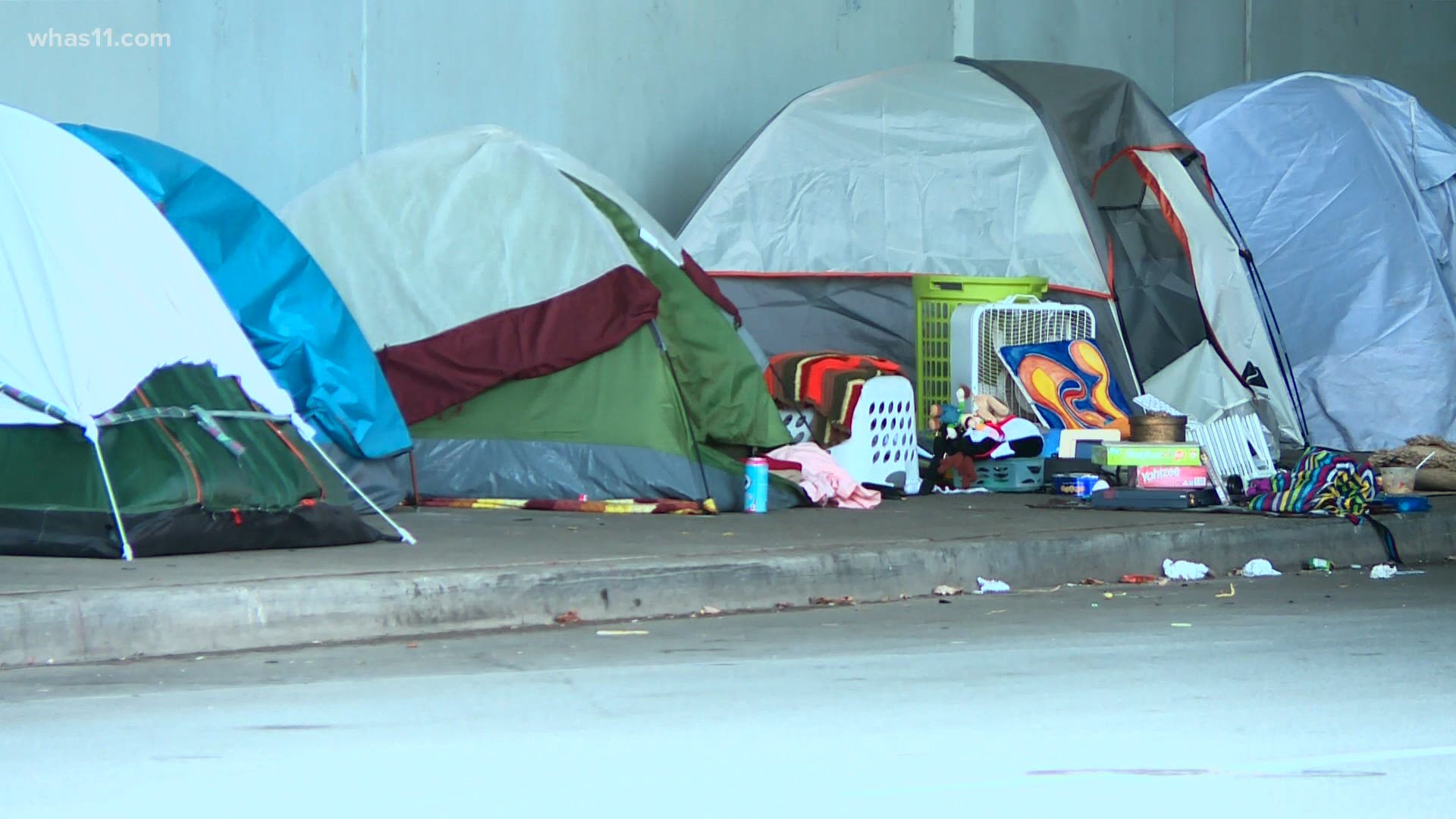 LOUISVILLE, Ky. — Homeless camps near Wayside Christian Mission and Louisville Muhammad Ali International Airport will no longer be cleared, despite a 21-day notice posted by city officials on Wednesday.

Metro Councilman Jecorey Arthur tweeted Friday, “These camps will be cleaned, NOT cleared. We cited the CDC guideline that states 'If individual housing options are not available, allow people who are living unsheltered or in encampments to remain where they are.'”

Metro Councilman Bill Hollander confirmed with WHAS11 that the decision was announced at a meeting Friday morning consisting of members of the Metro Council, members of the Fischer administration, including a representative from the Office of Resilience and Community Services, and some homeless advocates.

“What they will do is take the tents off the sidewalk and deal with the sanitary issues on the sidewalk, but when that is done and the area is clean, the tent will be allowed to go back,” Hollander explained.

CDC guidelines say “Clearing encampments can cause people to disperse throughout the community and break connections with service providers. This increases the potential for infectious disease spread.”

“The pandemic is not over,” said Hollander. “The health department has said that keeping people in place in these homeless encampments will help with contact tracing, will help with the vaccination efforts.”

“Typically when there's a clearing, it just means displacement, moving from one spot to another, so for people to stay where they're at right now... it's huge,” said Gill.

He was a part of the meeting Friday and called it “positive and productive” to hear city leaders backing CDC guidelines and keeping homeless folks in place.

Gill hopes the city will take the approach of cleaning, not clearing camps, even after the pandemic. He and Hollander say it's important to keep homeless folks close to helpful services.