The advocates told WHAS11 News 8 out of 9 people living on East Market Street are still without their belongings. 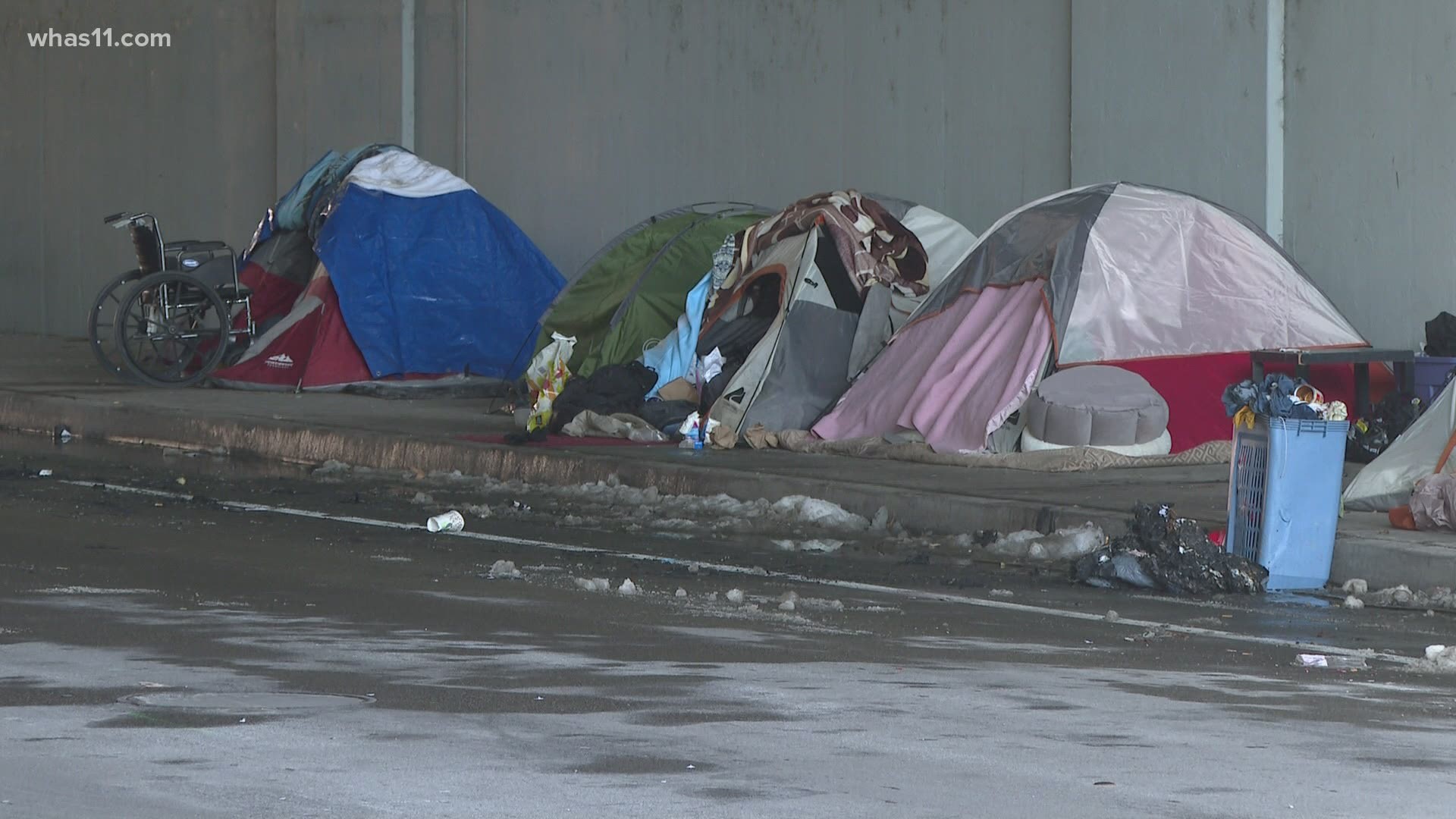 LOUISVILLE, Ky. — Louisville Metro Police is apologizing after officers and city crews cleared a homeless camp at Market and Hancock Streets Friday night without the proper notice required by law.

The department called it a miscommunication, but homeless advocates say their statement is not truthful.

Donny Greene, the co-Founder of Feed Louisville says orders to destroy and throw away everything came straight from the LMPD Downtown Area Patrol Division.

"I mean the city's made a moral and ethical decision to allow people to be outside and freeze to death in this weather and they've adding insulting injury by going in and clearing a camp on the coldest night of the year," Greene said.

This is not the first time he's seen an encampment cleared with no notice. Regardless of how often it happens, he says it never gets any easier.

"The best way I can describe that is someone shows up at your house, pulls you out of it and then bulldozes it right in front of you, with basically no notice. That's what that is," Greene said. "It's an ongoing mental health crisis that we force upon our neighbors, our citizens."

There were nine people living at that underpass on Market Street before LMPD showed up.

Greene says 8 people do not have any personal belongings or tents back to them. He explains the only reason the 9th person who lived there has their belongings, is because Greene arrived and stepped in.

"Yeah it was a heated discussion because I wasn't going to let them take his things," Greene said.

LMPD issued an apology calling the incident a "miscommunication", stating it never should have occurred. The department wrote they have replaced the items, but Greene says that is a lie.

"They've added insult to injury by going in and clearing a camp on the coldest night of the year," Greene said.

Greene says the orders were direct retaliation after outreach volunteers raised concerns about the lack of resources available for the downtown homeless community; the face of the coldest nights of the year.

"The city does not have an answer and doesn't have a desire to create an answer," Greene said.

WHAS11 News reached out to LMPD to see if they wanted to speak further on what that miscommunication exactly was and explain what happened but chose not to speak any further.

When and how to clear homeless camps in Louisville has been a point of discussion for years.

In 2018 Metro Council passed an ordinance that requires the city to give a homeless community a 21-day notice before a camp is cleared – meaning those living there have three weeks to find somewhere else stay and pack up their things.

The ordinance was written based off our reporting at WHAS11 News after a camp was cleared with no notice at the end of 2017.