Large gatherings in the Baxter Ave Walgreens parking lot have been an issue for years. Now, neighbors say they fear for their families. 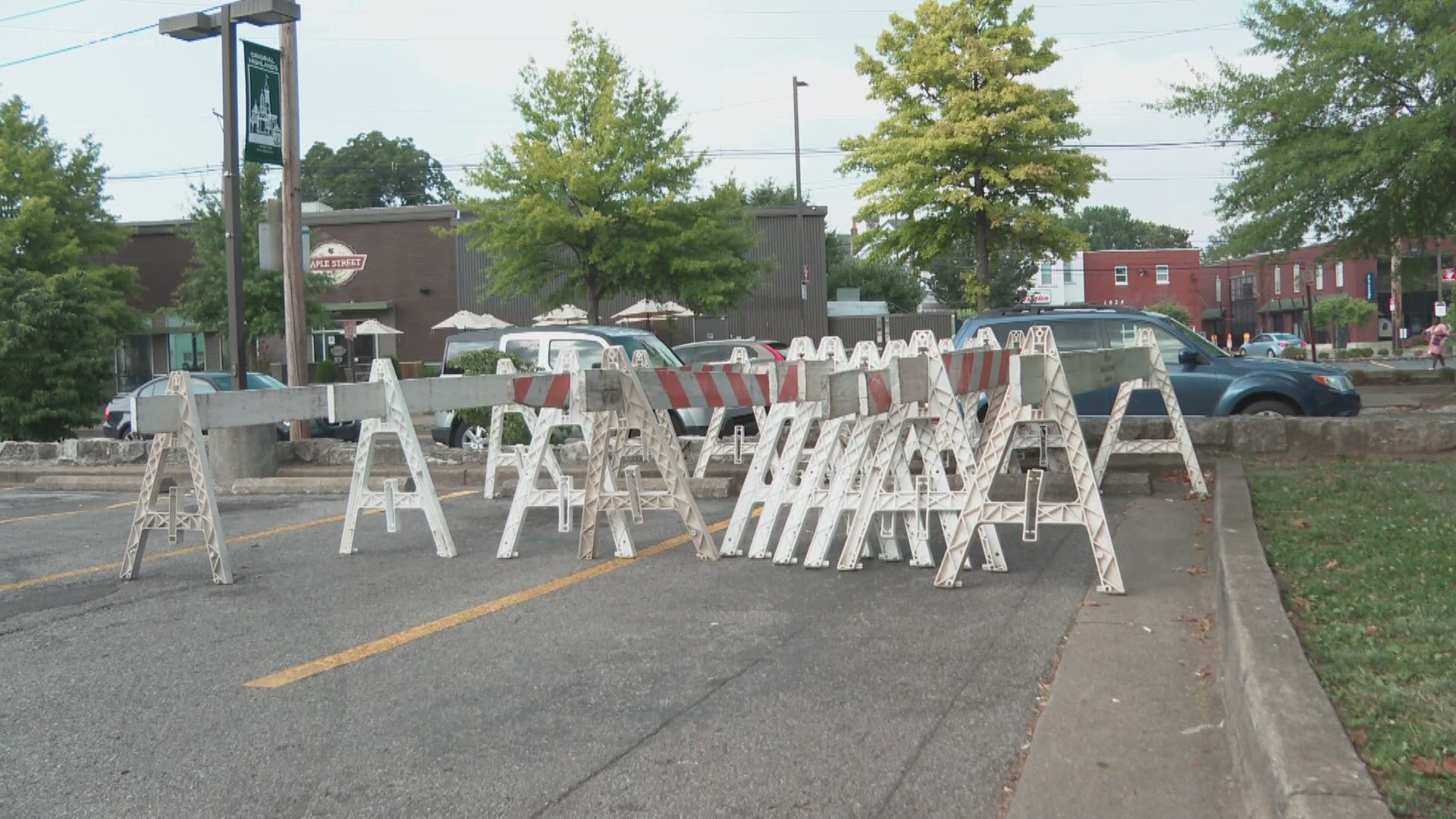 LOUISVILLE, Ky. — Bullet casings, needles and trash have all be found in the Walgreens parking lot on Baxter Avenue. It's been a problem for years, but now, neighbors say it has gotten "significantly worse."

Mandy Bliss lives next door to the parking lot. She installed a security camera, recording video after video of people relieving themselves outside of her home.

More seriously, she's worried for her family's safety, hearing shots fired as her daughter plays outside.

"I mean blood running cold," she said. "I ran down the hall. My shoes went in one direction, my shoes went another direction, is lipped running out the door. Because my kid was outside. And ya know, nobody in any part of town in any city wants to have that kind of risk or exposure for their children."

Chambers Armstrong said she notified different branches of law enforcement to get a stronger police presence in the area.

"LMPD has actually been putting up barricades to discourage people from having these after-hours parties," she said.

LMPD said officers from other divisions are putting in overtime hours, adding extra patrols in the Highlands. The Walgreens parking lot is part of that rotation. Neighbors like Bliss, though, have written letters to Walgreens and Dahlem properties, saying it's their responsibility to provide security — not taxpayers and the short-staffed police department.

WHAS11 has reached out to Walgreens and Dahlem Properties but have not heard back.