In a break of the bushes in a shopping center at Breckenridge and Dutchmans Ln lies four headstones. 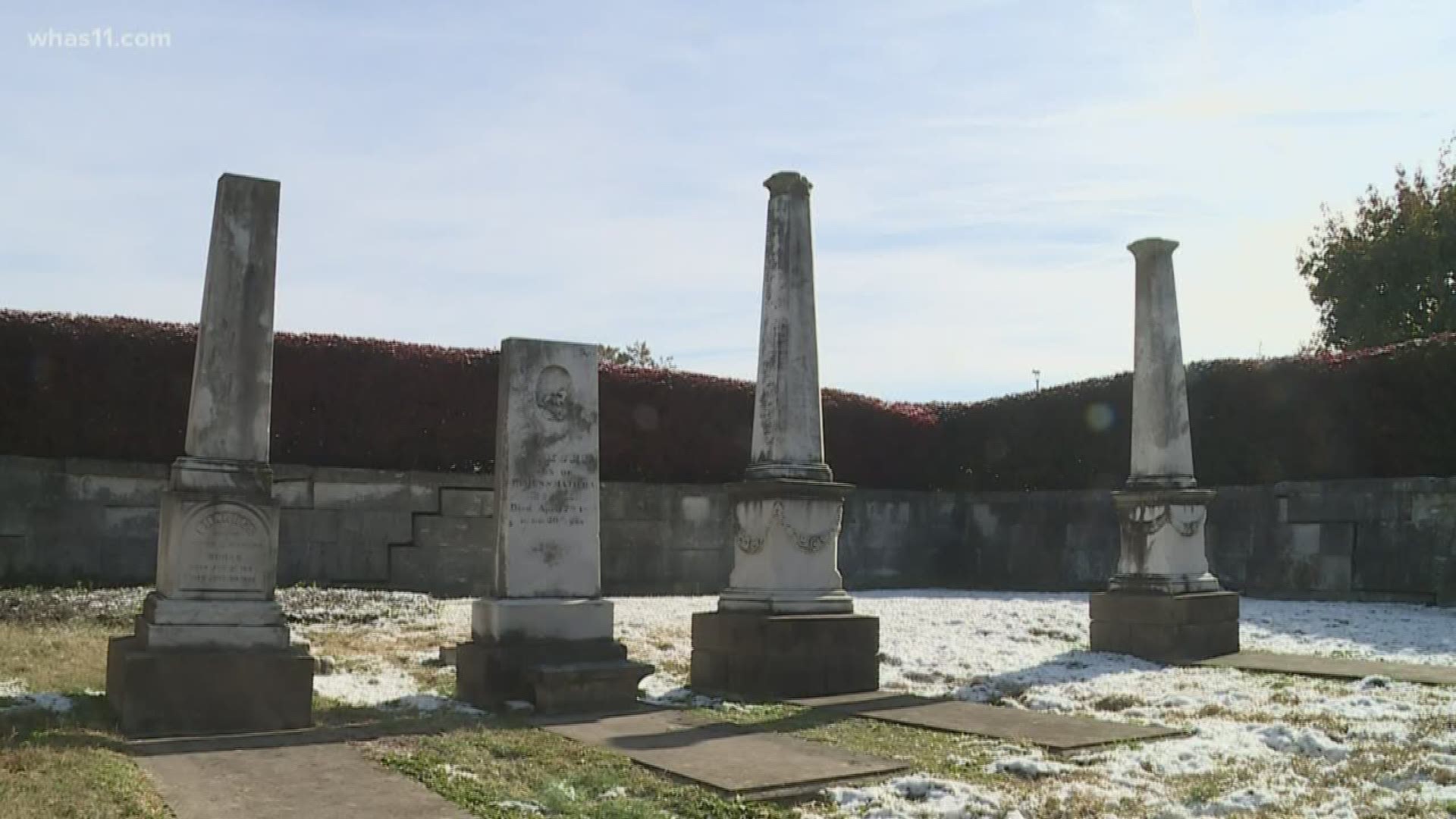 LOUISVILLE, Ky. — The shopping center at Breckenridge and Dutchmans Ln is home to a couple stores and restaurants and less obvious, big square of red bushes.

In the midst of the hustle and bustle of the shopping center, this patch of bushes has a break in it, leading to four hidden headstones.

Jack Koppel, a local man who has been to some 300 cemeteries in Jefferson Co., weighed in on the uniqueness of this protected block in the shopping center parking lot.

"When I first came here looking for the cemetery I had been to about 300 cemeteries in Jefferson County, I kept driving around the parking lot, I said 'there can't be a cemetery here.' Sure enough, I saw the tall stones from a little distance away and said 'well, there it is,'" Koppel said.

The area used to be a farm in the mid 1800's owned by James and Matilda Burks. Although, close to two centuries have passed, their headstones along with their children's have found their final resting place among the tall red bushes.

"They had very nice monuments showing they had wealth and its a very classy cemetery in the middle of a parking lot," Koppel said.

This is just one of hundreds of cemeteries in the area. According to Koppel, there may be a lot more we haven't been able to locate yet.

"We know of over 300 in Jefferson Co. and I'm sure there's 1000 out there. This past weekend I just found another by the Spencer Co. line. There are people who know where they are, i just have to get to them to find out more," Koppel said.