Farmer putting thieves on alert after stealing his hemp crops

Jimmy Jenkins expected the challenge of losing crops to bugs, wildlife or weather conditions. He didn't expect to have an issue with people stealing from him. 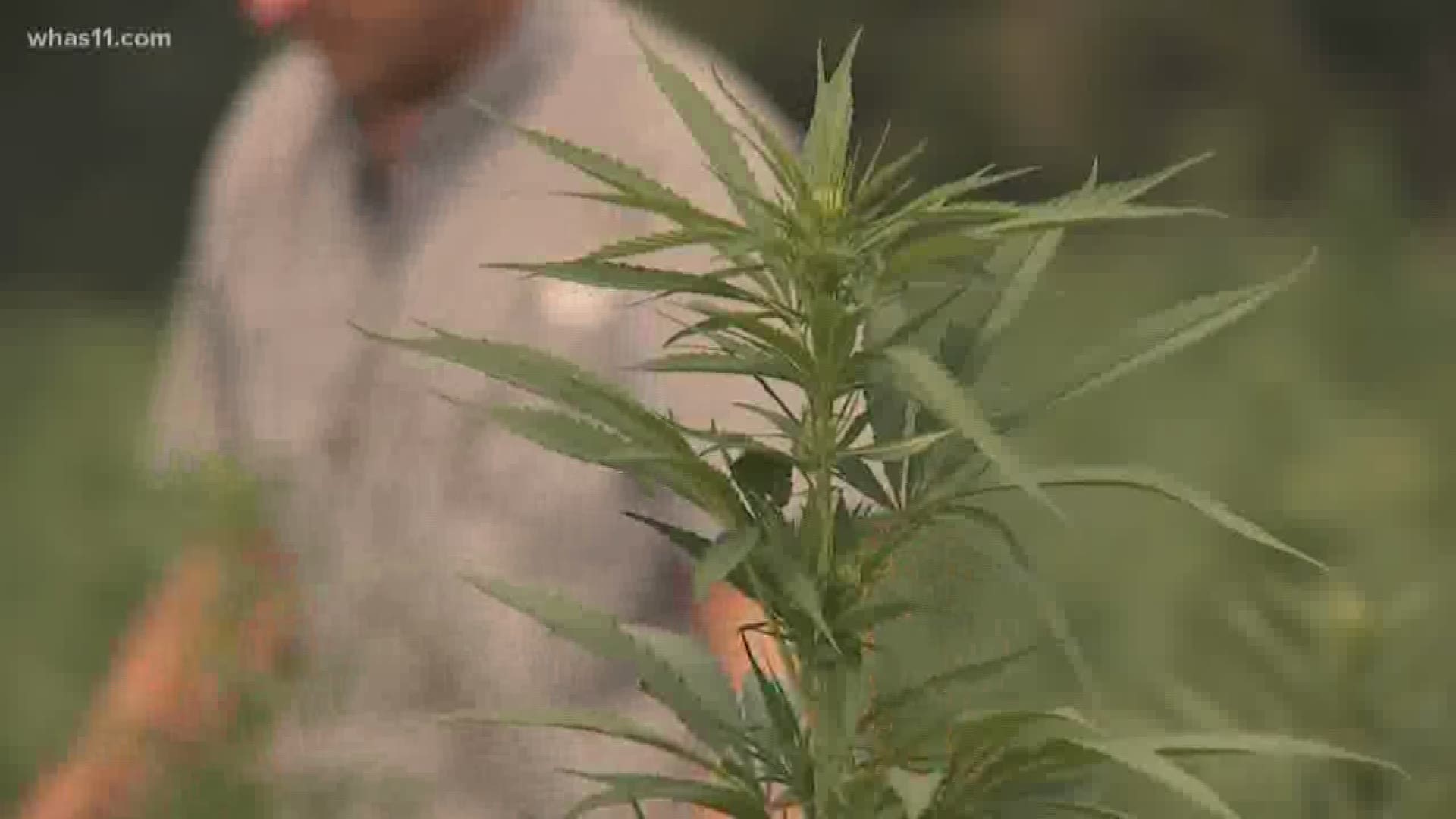 ELIZABETHTOWN, Ky. — To an outsider or passerby, it may look like there's an abundance of hemp when driving near North Dixie Highway in Elizabethtown.

Jimmy Jenkins, the owner of Highland Sod Farms, placed the crops there for a reason.

"We thought if we tried to share it with the public and let them know what's going on, that it'd be a good thing, but it's kinda turned around and bit us a little bit," Jenkins said as he pulled weeds from between the hemp plants Wednesday afternoon.

Jenkins is used to farming, having done it his whole life. Highland Sod Farms mainly sells sod, but has also produced soybean and popcorn. This past July, Jenkins decided to try hemp for the first time when a company in Bowling Green asked if he could grow it.

"We thought it'd be a challenge and it is," Jenkins said.

He expected the challenge of losing crops to bugs, wildlife or weather conditions. Although, he didn't expect to have an issue with people stealing from him.

"All of sudden they're disappearing and we're like where'd they go?" Jenkins said.

The plants were gone at the hands of thieves. Jenkins said neighbors and others have seen multiple people in his fields or trespassing on his property.

"I mean this is just crazy that you can't have anything without someone having sticky fingers and stealing," he said. "It's kind of ridiculous."

"Every plant counts. I mean, it's very costly," Jenkins said.

That's why Jenkins immediately brought the issue to the attention of Elizabethtown police.

"This is a cash crop for them, you're taking away from their livelihood when you steal from them," Officer John Thomas said.

Officer Thomas said it isn't "entirely surprising" they're seeing people stealing the hemp. He said drug users are behind most of the property crime in the area.

"They're stealing it thinking they're going to get something out of it. Industrial hemp does not have the THC level of marijuana," he said. "As one farmer so eloquently put it, you can smoke an entire field of this stuff and not get the least bit high off it."

Thomas said police have arrested and charged one person for possession of hemp. While that individual was found in close proximity to Highland Sod Farms, Thomas said it is very difficult to prove where a plant came from.

Possession of hemp in Kentucky is against the law, unless you have an agriculture license. Police can charge individuals with a misdemeanor charge of possession, in that case.

"We do have that tool in our belt," Thomas said. "It's a complete waste of time to steal it and we're going to investigate it and charge you with a crime if we catch you."

Not taking any chances, Jenkins has decided to also take matters into his own hands. He said neighbors, and others working on the farm, are staying more aware and keeping a closer eye on the plants.

"It's at the point where we're hiring security, or have hired security actually," Jenkins said. "We've flown a drone quite a bit, also."

Jenkins said he's also been setting up cameras every day.

"We're setting them up in places where we think people are gonna be, especially places they've already been," he said.

It's all in an effort to send a message to thieves, that his plants aren't free for the picking.

"It's just like going into your garden and stealing something out of your garden," Jenkins said. "You work hard on your garden all year long and then somebody's going to come in there and take the stuff you've worked for? That's ridiculous."