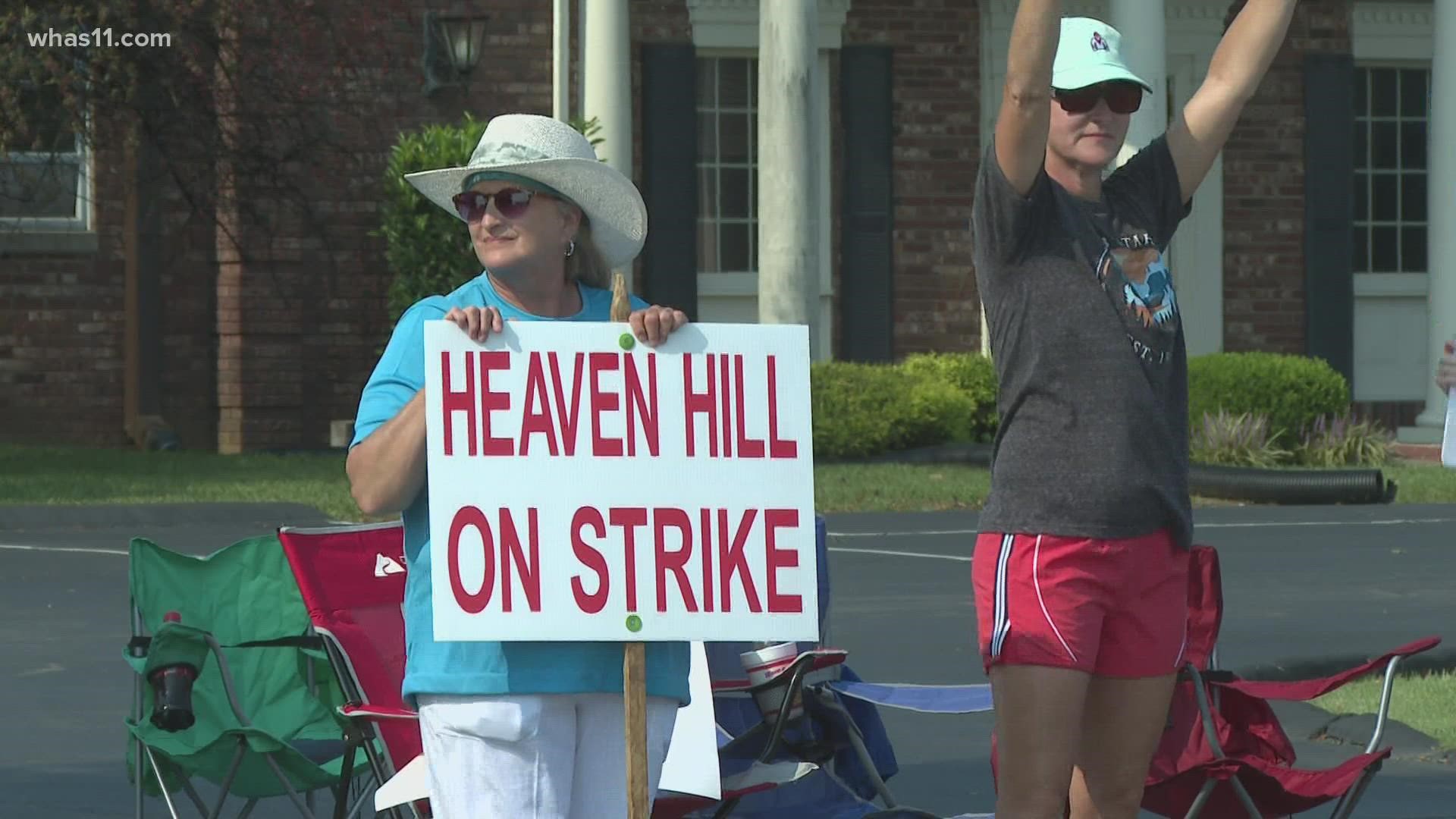 BARDSTOWN, Ky. — Employees at one of the country's largest distillers, Heaven Hill, won't show up to work on Monday.

They'll be outside the Bardstown buildings, standing along the road with signs.

"Whatever it takes, as long as it takes," Plant Chair Larry Newman explained.

Heaven Hill presented UFCW local 23D with a new contract last week. The union brought the contract to its 420 members and asked them to choose: agree to it or go on strike.

96.1% of members that voted chose to go on strike.

Newton said the potential weekend requirement was rejected by members because of its impact on their families.

"Thursday evening, the membership of the United Food and Commercial Workers Local 23-D failed to ratify a new five-year contract with Heaven Hill. Since the company was founded, the support of our employees has been a source of pride and we have had productive conversations with the union for several months now regarding components of the contract. We will continue to collaborate with UFCW leadership toward passage of this top-of-class workforce package."

Those on the picket line say they hope it won't take long, but they're prepared to wait for what they want.