In the Bourbon capitol of the world, a celebration of spirits takes place one week into a strike at one of the countries top distilleries. 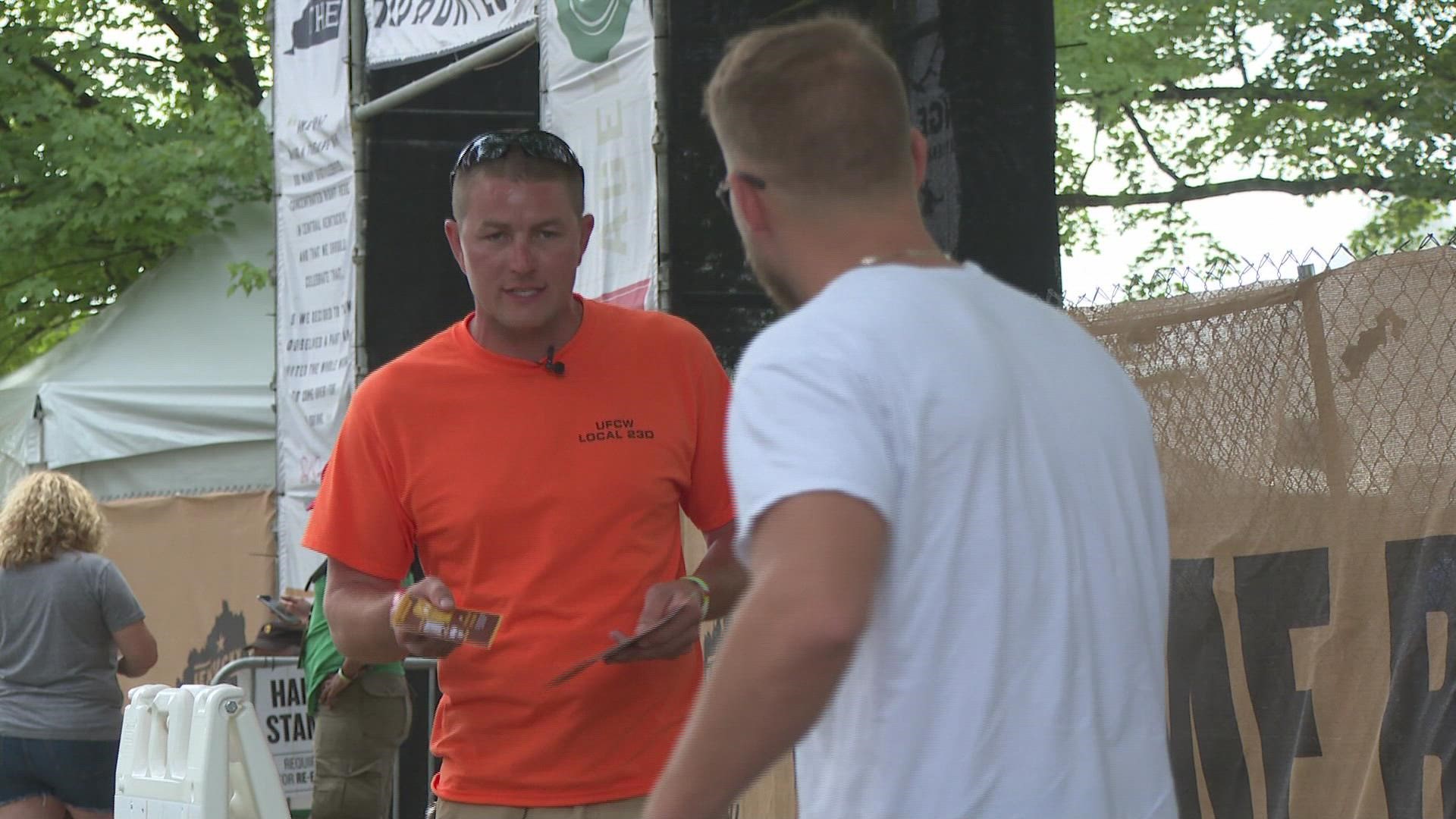 BARDSTOWN, Ky. — Feet away from the Museum of Whiskey history, in the bourbon capital of the world, striking union members grabbed the attention of tourists and drinkers on Saturday.

Members of UFCW Local 23D have been on strike for a full week, picketing Heaven Hill Distillery and its recently proposed 5-year contract.

United Food and Commercial workers explained the contract, "removes a cap on health insurance premium increases that reduce take-home pay, cuts overtime, and drastically changes work schedules which makes it harder for employees to support and care for their families."

Ryan Wheatley is an industrial maintenance technician at heaven hill. He stood outside the Bourbon festival entrance, handing out flyers and explaining the reason for their strike.

"Let's get a contract that we can all agree on," Wheatley said.

It's not the only spirited controversy in Bardstown. The Kentucky Bourbon Festival sold a limited number of tickets for the first time in its thirty years. Some neighbors, tourists, and even distillery workers didn't find out in time and couldn't get in.

So, local tourism groups put together an additional event called Cheers to Bardstown.

Bardstown Main Street Director Randi Mouser said it's the perfect name. "Cheers to Bardstown, cheers to the visitors, cheers to the distillery workers."

The addition was welcomed by business owners who started to see a loss of revenue. Bourbon Manner Bed and Breakfast owner Todd Allen said people started canceling their reservations when they realized the Bourbon Festival was sold out. Those cancelations were quickly replaced. "So we've been full all week. That's been a great thing," Allen said.

Christy Clark, the owner of multiple downtown businesses, said the Cheers to Bardstown has made an impact for her as well. "It's been phenomenal."

Like most people in Bardstown, she's got a personal connection to the workers picketing outside. Her nephew works at Heaven Hill. So, she's used her kitchen to keep them fed. They provided, "over a hundred lunches and a hundred dinners," this past week.

Others have brought water, stood alongside workers, and some have even pulled heaven hill from their shelves until the strike is over... Which could be a while. Local 23D members who have gone without pay for a full week now are preparing for another, saying they're prepared to wait as long as it takes.