The hearing was postponed since the suspect's attorney is being tested for COVID-19. 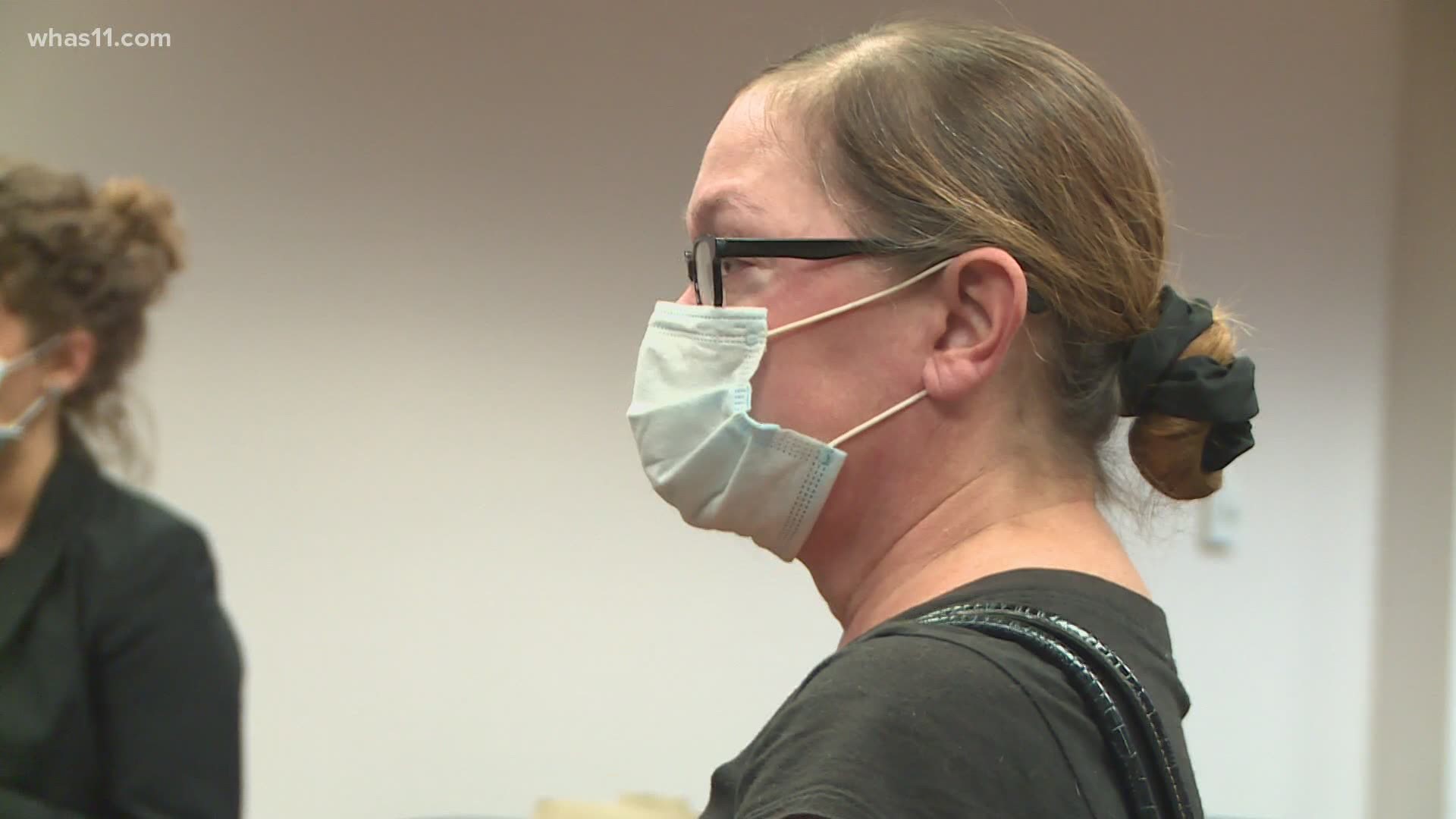 LOUISVILLE, Ky. — The woman accused of spray-painting racial slurs on a neighbor’s driveway in Lake Forest, stood in front of a judge on Thursday.

Suzanne Craft was in court for a hearing after allegedly violating a no contact order from a different incident in June, but the hearing was postponed since Craft’s attorney is being tested for COVID-19, according to the defense.

According to the Pineda family, Craft was caught on camera using chemicals to burn a swastika into their lawn on July 27th. The court order was issued July 16th.

"I'm not saying that you had contact, I just know there's an allegation and what I'm telling you is if they can prove it, then you could very well end up back in jail," the judge told Craft.

"I want to make sure you understand that you may have posted bond, but the court can put you back in [custody] in a heartbeat," the judge said sternly.

The Pineda family believes Craft is the person caught on camera spray painting racial slurs on their driveway in June.

Michela and Connie Pineda were prepared to testify.

“We just want something to happen. We just want to feel like we're moving forward. It's pretty frustrating,” Michela Pineda said.

The Pineda's said they've also seen shards of glass thrown into their yard. There was a moment captured on Michela's cellphone that shows a hot dog thrown over their fence and near their backyard playground.

The Pineda's claim that hot dog also had glass in it.

"I feel like maybe she's just trying to push us out of the house at this point," said Michela.

Craft was originally charged with harassment and criminal mischief.

In July, Craft was arrested for failing to appear in court on a criminal summons and placed on house arrest. She has since posted bond.

On the same day as Craft’s arrest, a group led by Louisville Standing Up for Racial Justice (SURJ) rallied behind the Pineda family, demanding justice from the Lake Forest Community Association. The Pineda’s attorney said the association failed "to take prompt action to correct and end the harassment," causing property damage, as well as emotional damage.

In response, the association said they are taking the “intolerable act very seriously” and “reviewing the matter with its Board of Directors and legal counsel.”

WHAS11 reached out to Craft and did not receive a response.

The hearing has been rescheduled for next week.