The Kentucky Cabinet for Health and Family Services decided to move forward without the proposed ban on tattooing scarred skin. 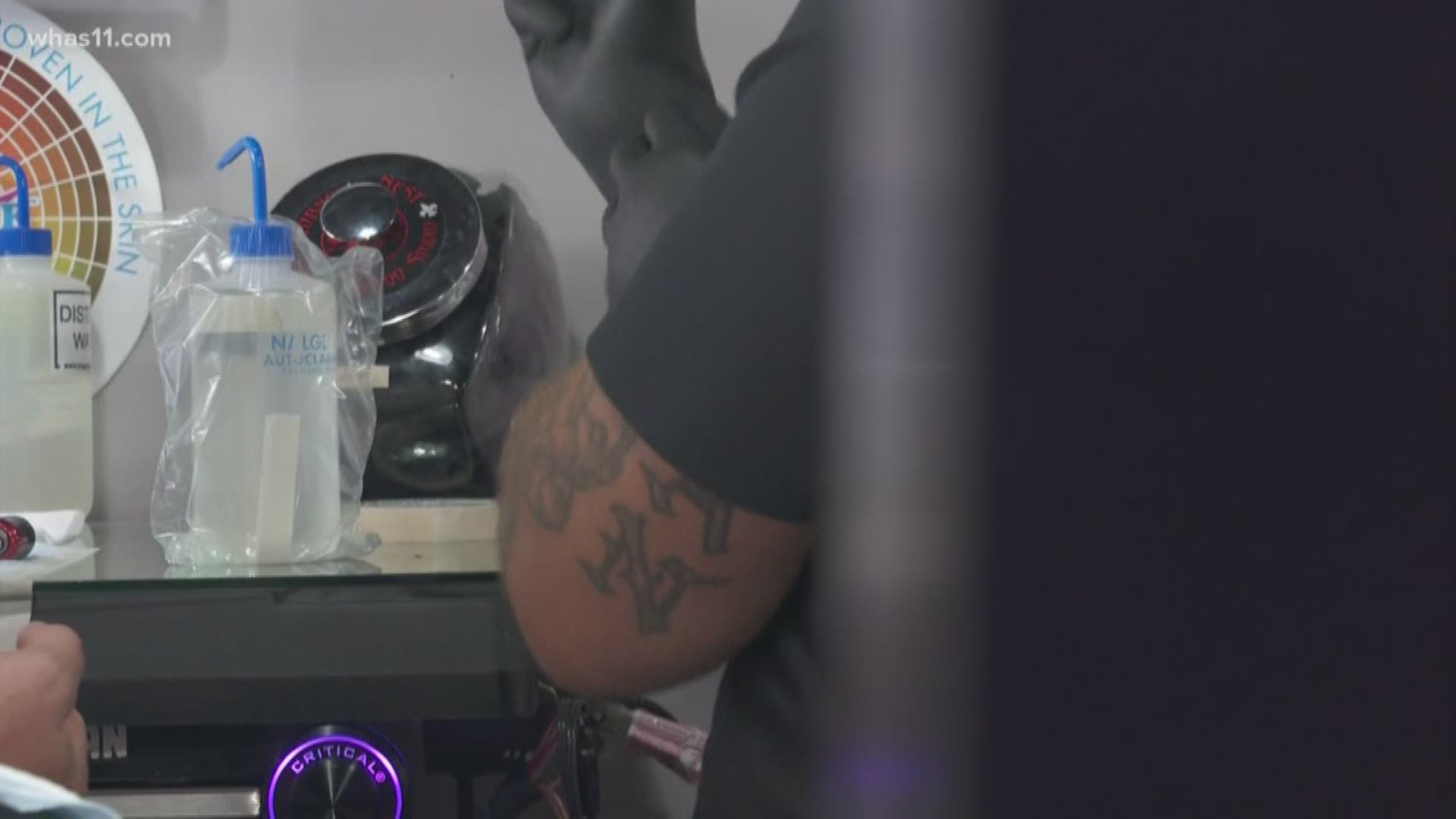 FRANKFORT, Ky. — After more than 600 public comments, Kentucky health officials said there will not be a ban on using tattoos to cover up scars.

The proposal came from the Cabinet for Health and Family Services and caused a major uproar May. It was a part of an update to tattoo regulations that had been in place for 15 years. However, some tattoo artists are still concerned about some of the new changes.

"What they did was start to listen to what we had to say finally which was a big goal for us to have that interaction and communication together,” tattoo artist and owner of Hornets Nest Elite Art Studio, Billy Noel said.

A victory in a battle they say should have never happened.

"It just felt like there was some sort of mistake in the wording from the beginning I've always thought they meant to say there is no tattooing over fresh scars which makes perfect sense,” tattoo artist and owner of Tattoos Charlie’s, Buddy Wheeler said.

What health officials really meant was a ban on tattoos over freshly scarred tissue.

Other changes in the revised tattoo regulations include required blood-borne pathogen training to get a license and proof of permission from parents for those under 18-years-old. One of the new changes is already causing debate -- increased fees for tattoo businesses.

"It's kind of upsetting to us all because we've already been here and we've been doing this,” Noel said.

It currently cost $20 for a registered solo tattoo artist and a studio with four workstations to operate. The new proposed price will now be $400. For every additional studio workstation, the owner will have to pay $50.

"What are they going to do different on their end besides come in and inspect what they've already been inspecting for years?” Noel said. “What is that money serving a purpose for? We don't know.”

"As long as those fees are being used towards better enforcement of people who are unlicensed working out of their houses like enforcement against that -- I'm hopeful that higher fees will help prevent that,” Wheeler said.

Noel suggests if health officials want to make changes in the future, they should ask the experts first.

"Sitting down with a group of artists that are qualified and creating a test for anybody that's coming out of an apprenticeship has to take and has to pass before you get a license in anybody's store,” Noel said.

He said health officials should require more additional training to get a license such as CPR.

“People do get lightheaded, people do pass out -- for example if somebody did pass out and fall off of your chair, hit their head on the wall or cabinet we need to know how to assist them while we’re waiting for medical personnel to get here,” Noel said.

The health department said it always welcomes public comments. Health officials filed the updated regulation with the Legislative Research Commission. It will be on the agenda at the Administrative Regulation Review subcommittee meeting in August.