Federal investigators are saying publicly for the first time that they will look at the Kroger shooting as a possible hate crime. 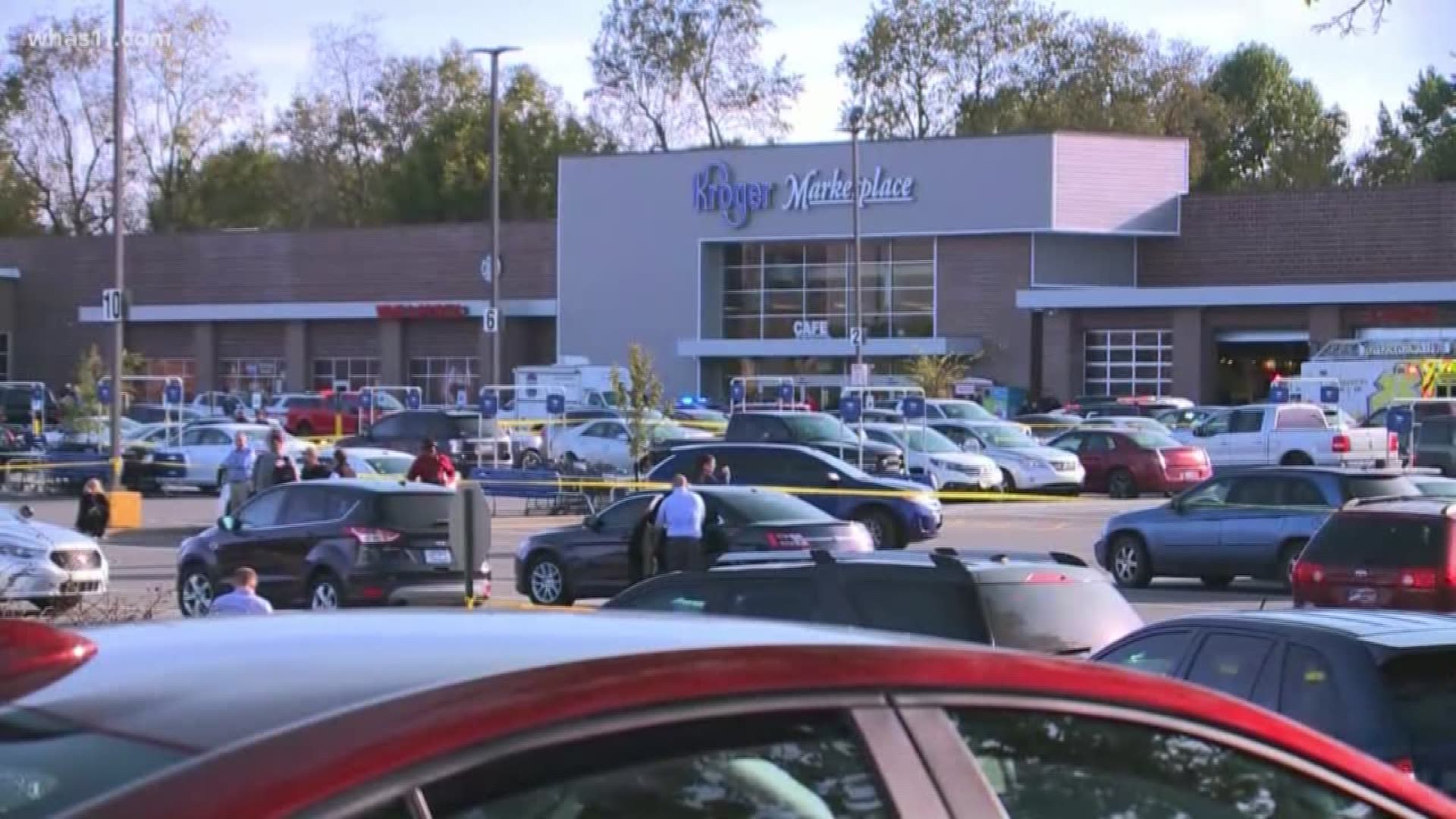 LOUISVILLE, Ky. (WHAS11) — Federal investigators are saying publicly for the first time that they will look at the Kroger shooting as a possible hate crime.

No motive has been determined yet by Jeffersontown Police Department or the FBI, but the U.S. Attorney in Louisville did acknowledge Friday that they are involved and looking at that possibility. The suspect, Gregory Bush, also had a history of mental illness.

There are two sets of statutes you have to look at it with a hate crime - state and federal law. If the federal authorities want to charge Bush, it has to be labeled as a hate crime. While there is no official classification from them yet, they've made it clear this is still very much on their radar.

Here's the statement from the U.S. Attorney Russell M. Coleman:

“Our hearts break for the families of the those we lost to the tragedy at the Jeffersontown Kroger. The murders are not being taken lightly by the United States government. Federal investigators are supporting local law enforcement and examining this matter from the perspective of federal criminal law, which includes potential civil rights violations such as hate crimes.”

Both Kentucky and the FBI define a hate crime as one that's motivated by factors like race, religion, and sexual orientation.

"Both of them have sort of the same question- what was the reason and the motivation behind the crime? If it was membership in one of those groups by the victim, then that's a hate crime,” defense lawyer and former federal prosecutor Kent Wicker said.

There is a lot to this case that makes it look like a hate crime. From the suspect trying to first go to a predominately African American church to the witness accounts of him shouting "whites don't shoot whites," there is a lot of potential evidence there.

"It happened in public. There were a lot of witnesses there. He was taken into custody immediately. There's a lot that the investigators already know about the case,” Wicker said.

Wicker thinks we will know if this case is classified as a hate crime very quickly, likely within the next few weeks. So, what would a hate crime finding do?

"It would prevent the judge from giving probation or prevent the parole board from releasing him,” Wicker said.

Those are two actions Wicker said we likely would never see given the nature of the case.

"It's not likely either of those things would happen in a crime this heinous,” Wicker said.

Wicker said it's also important to remember that the state's murder statute can be used to prosecute this case on its own, without a hate crime label. That could mean life in prison or even the death penalty for Bush.

"That's a substantial penalty, and it's not necessary to charge it as a hate crime for the defendant to get that kind of sentence in state court,” Wicker said. "I can certainly see how the family of what appears to be a completely random shooting may feel better if the case is labeled as a hate crime, but prosecutors are going to understand and the jury is going to understand the enormity of the pain that they've caused regardless of whether it's labeled as a hate crime or not."

Wicker said it's likely the state will take the lead on this case and added that Kentucky has strong hate crime laws in place.

PROFFITT REPORT | How we move past hate

RELATED | Mayor Fischer on deadly Kroger shooting: “We are one city. One proudly diverse and welcoming city."