Construction has been ongoing since last June, but the show must go on! Hamilton opens on June 4 and tickets are still available! 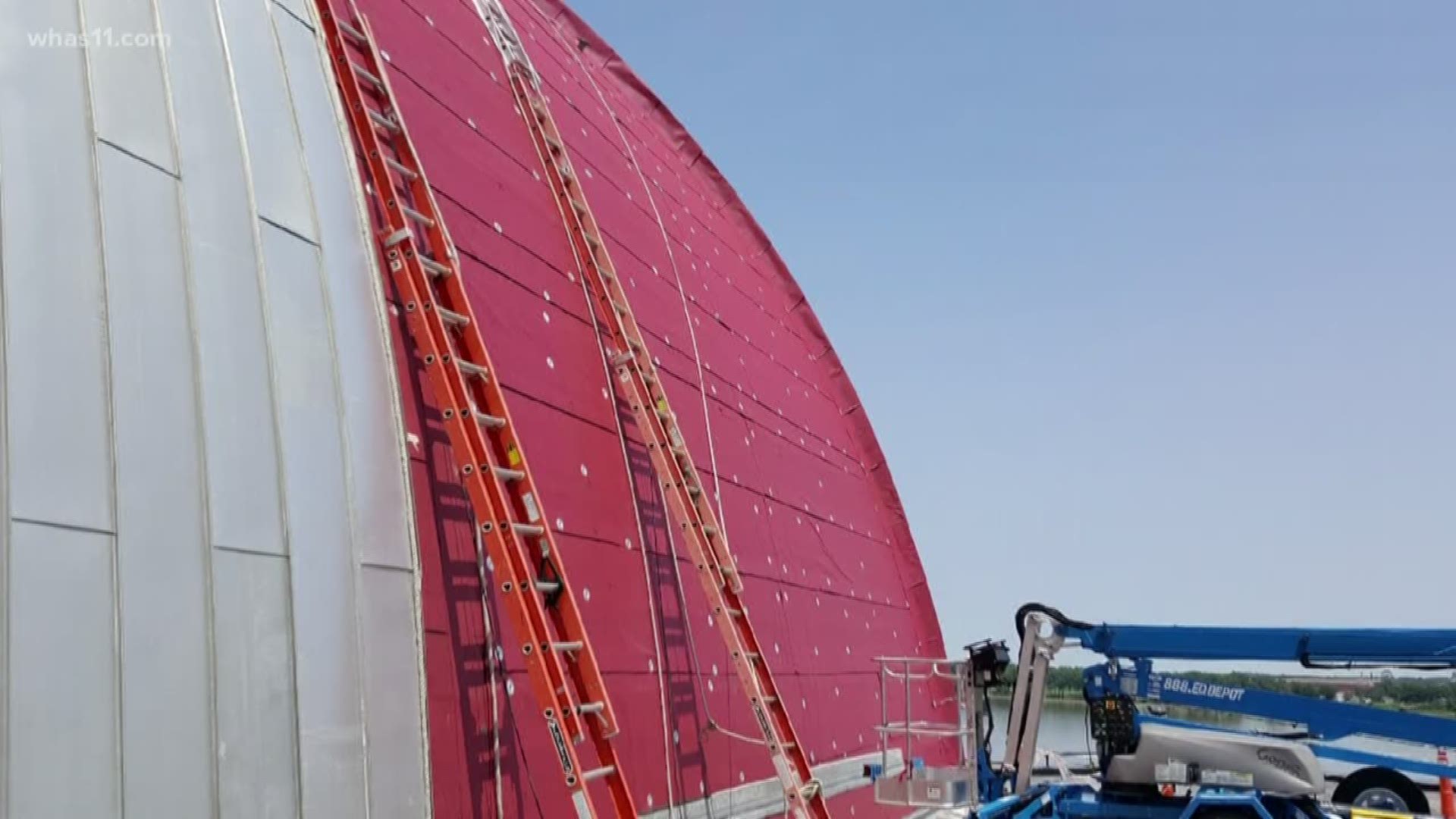 LOUISVILLE, Ky. — Excitement is building at the Kentucky Center as Alexander Hamilton brings his musical journey to Louisville. However, before guests are transported to the late 1700’s, they’ll likely be reminded of 2018.

It’s almost been a year since a three-alarm fire left behind serious damage to the lobby of the performing arts center. In anticipation of Hamilton’s opening night on June 4, President and CEO Kim Baker released an update on the Kentucky Center’s condition.

“As we approach one year since a roof fire caused considerable damage to The Kentucky Center, we want to thank you for your patience and understanding during the restoration project,” she said.

MORE ON THE KENTUCKY CENTER:

Repairs are taking some time, especially since “the show must go on” and performances have continued at The Kentucky Center, but Baker said that the entire project should be finished before the end of 2019. In the meantime, guests should expect to see the large scaffolding in the Main Lobby if they’re seeing ‘Hamilton’ this month.

The Kentucky Center plans to re-christen the main lobby when the whole project is finished.

If you haven’t gotten tickets to see Hamilton yet, there are still a few left on select dates. Visit the Kentucky Center website for more details. Want your ticket for less? You could get your ticket for $10 in this digital lottery.