Darwin Belliard is using his military training to help others save lives if they witness a medical emergency. 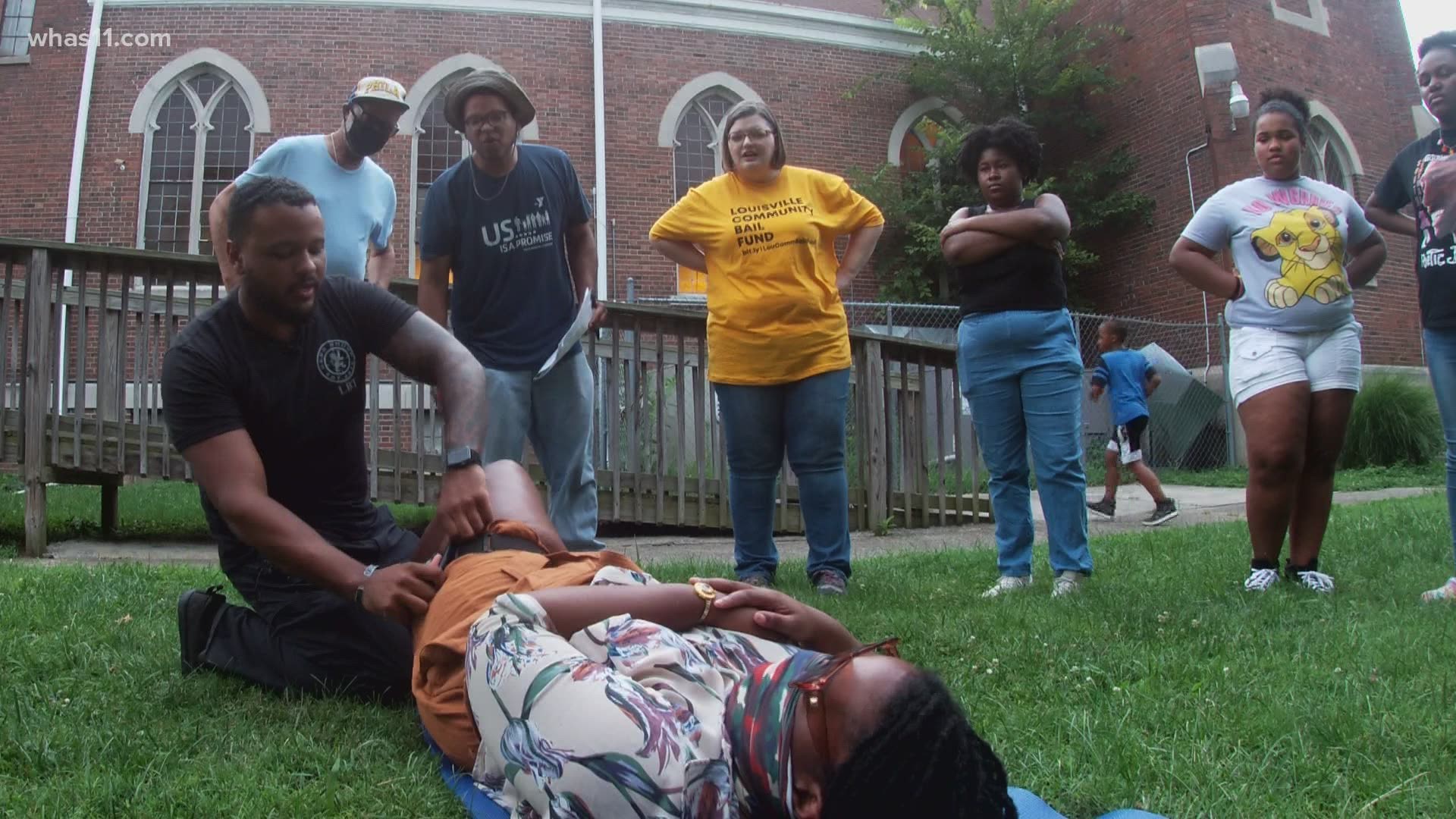 LOUISVILLE, Ky. — After growing up in the West End of Louisville and joining the Army, Darwin Belliard is no stranger to violence.

"It's no secret," Belliard said after his class at the Black Lives Matter church on West Broadway Tuesday. "It's ones' fault in particular, but it's a reality."

Six months ago, Belliard began teaching first aid to small groups throughout the Louisville community, including how to tourniquet a gunshot wound.

"Raise your hand if you've ever seen somebody shot before," Belliard asked to the group of about a dozen people outside of the church. Three raised their hands.

"With this class, hopefully, you'll never have to wonder how to do this," he said. "You'll be the first person up and running to them, saving their life."

The former Army specialist then broke down how to use a tourniquet and demonstrated for the group, allowing anyone who wanted to try to put it on another person's leg and remind them of the steps in M.A.R.C.H, the acronym the group went over before.

Belliard told WHAS11 that he didn't just start teaching these classes because of the rise in violence in his hometown, but because he witnessed it first-hand in 2019.

Eighteen-year-old Richard Harper was shot near his home on January 7, 2019. The high school student was the victim of a shooting on S. 43rd Street early that Monday morning.

When Belliard tried to offer assistance, he was denied by police and watched as the young man was later taken to the hospital. He died from his injuries.

"I felt responsible for it," Belliard said.

Credit: Alyssa Newton | WHAS11
Darwin Belliard gives a personal story of how the death of an 18-year-old Louisville high schooler shot and killed outside his home drove him to teaching others in the community gunshot wound care and other first aid techniques.

So now he teaches others life-saving techniques in hopes they use them in moments of need.

"Something as small as learning how to put on a tourniquet on an extremity or packing a wound, it's something everyone should know."

The community safety training classes will continue every Tuesday through August 17 from 6-7:30 p.m. at the church at 3900 West Broadway. To contact Belliard about his classes, you can reach him via his Instagram or at darwin.belliard1@gmail.com.