People with disabilities said electric scooters left on Louisville sidewalks can be hazardous, asking that new regulations be in place. 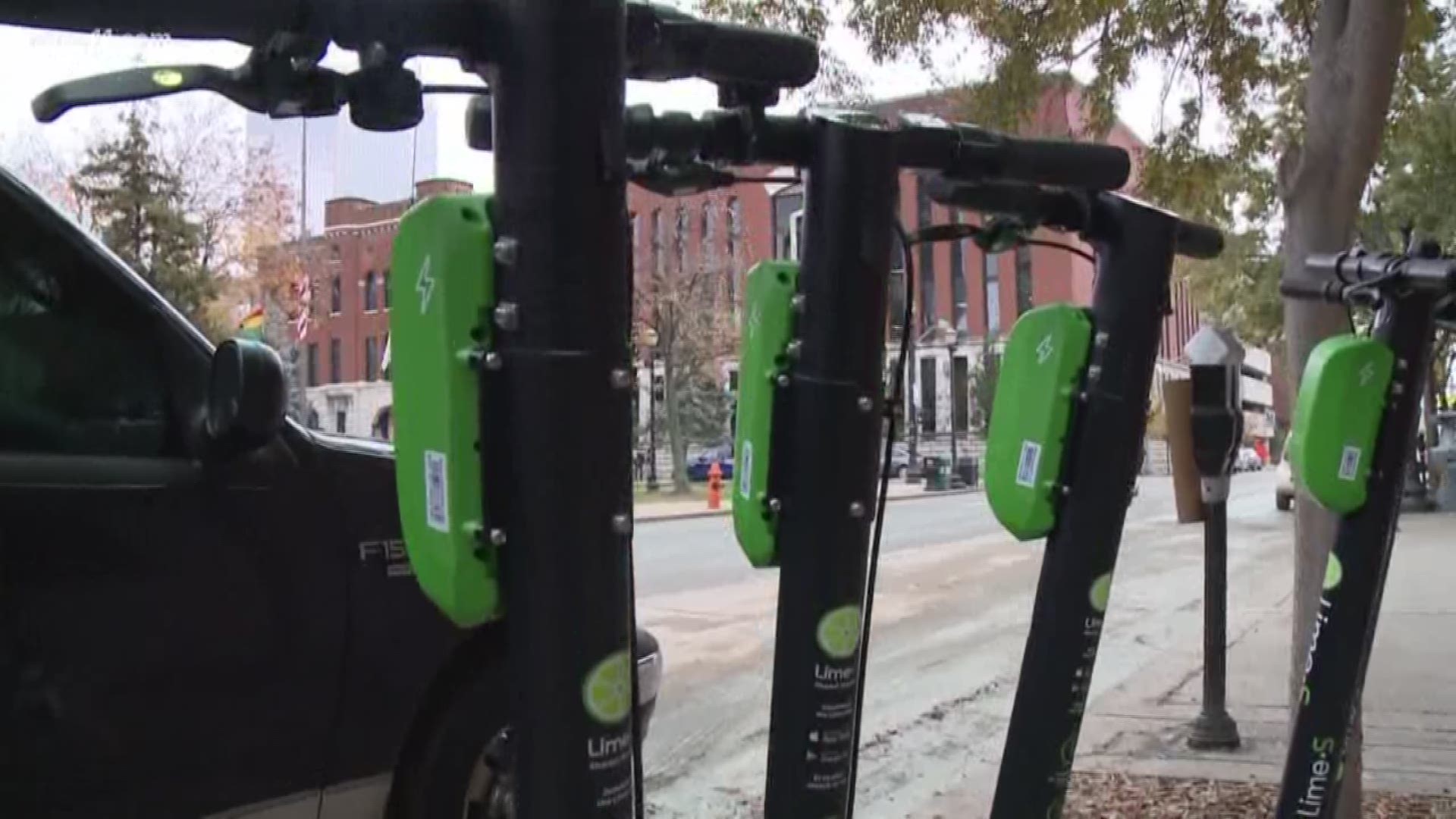 LOUISVILLE, Ky. — There is a new push to get new regulations for electric scooters that are left on Louisville sidewalks.

The official paperwork outlines two big changes. Cassandra Culin, a co-chair of a group concerned over the regulations, said they currently state it's OK to ride on the sidewalks to get a spot.

"We would like to see the regulation say it's never OK to ride on the sidewalk...that people should be walking the scooters to a parking place," Culin said.

And that's just the start. Bill Wright, who is blind, said people need to be more cautious about where they are being left.

"I can't hear it. I can't find it, can't crawl over it," Wright said. "They just do not need to leave them on the sidewalk."

The 40206 zip code has the largest concentration of blind people in the country. The phone number to reach the scooter is printed on the scooter, but it does not help those like Wright.

"That information should be accessible to somebody even if they can't see," Wright said.

And when they are left on a sidewalk it can be an issue.

"These devices are heavy and someone in a wheelchair just cannot move them," Wright said.

"We're exploring requiring these on Frankfort Avenue as a priority location given they sidewalk, street space and density of blind individuals," Culin said.

Culin said their next step is letting those who have concerns be part of that deciding process.