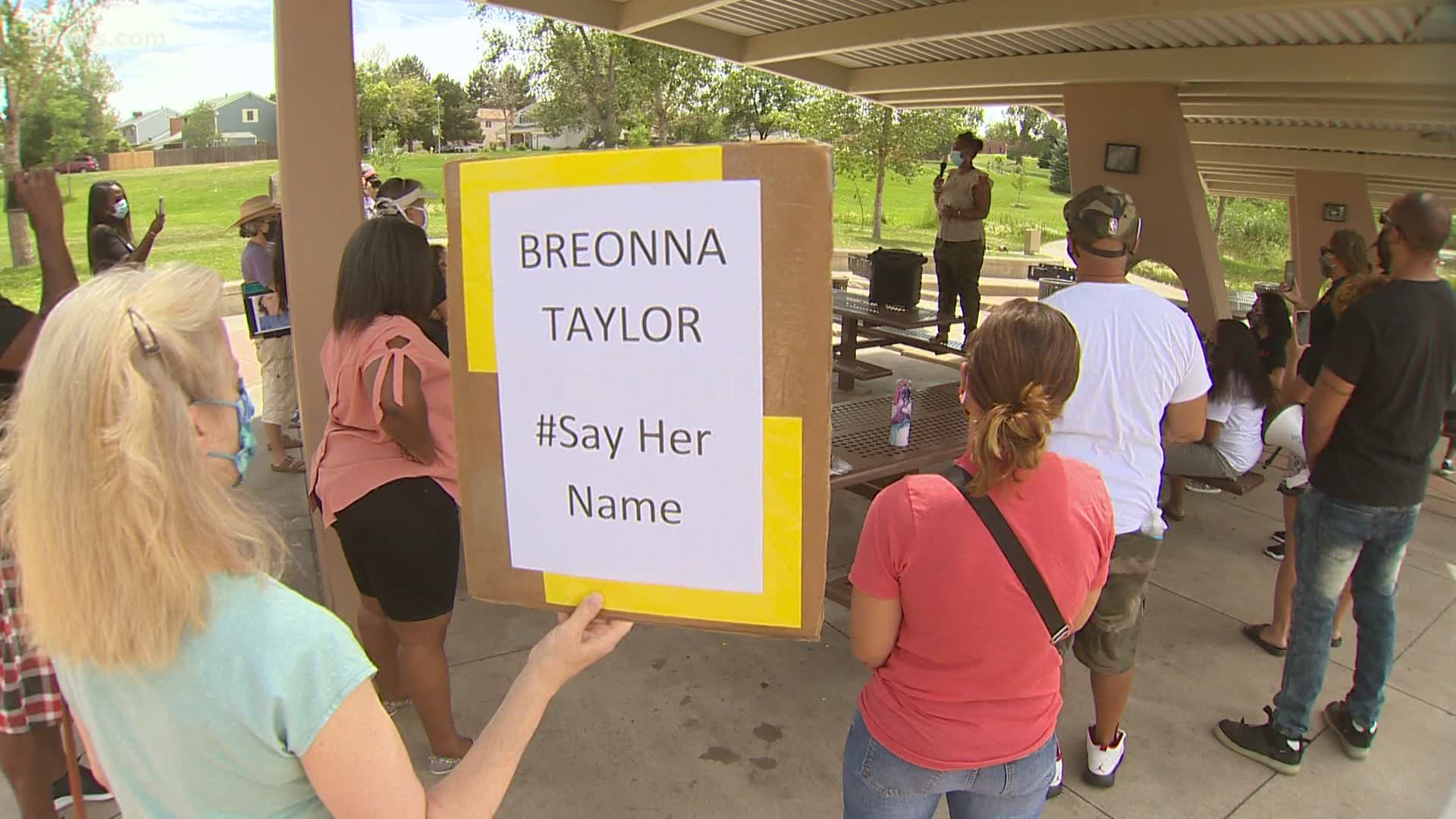 AURORA, Colo. — A park pavilion in Aurora was the starting point Thursday for a 1,000-mile journey to Louisville, Kentucky.

“No matter the distance, we are going 1,000 miles during a pandemic because it means that much," said Shenika Carter, a community activist. "It is that serious.”

Carter organized a caravan in Colorado to join a protest and rally in Louisville to call for justice in the case of Breonna Taylor.

"They understand that we're in this together," Carter said. "We are one. We are one community."

More than four months ago, Louisville Metro Police serving a no-knock warrant shot and killed Breonna Taylor inside her home. No officers were charged, and her death has led to widespread protests.

Carter organized a group of about 40 people to travel to Kentucky. At noon on Thursday, some of the travelers and their supporters gathered at Utah Park in Aurora.

"My friends, my community, my peers - they show up," Carter said. "We are getting the blessing of community because I don't move without community."

Some of the group left by car Thursday morning, Carter said. Others planned to take flights early Friday.

Carter said the group will be meeting for the rally and protest at 2:00 p.m. Friday at Louisville Metro Hall.

"People, if they're in town or they're traveling, they can expect some amazing speeches from the activists that are [in Colorado] doing the work and the activists there in Kentucky," Carter said.

Carter said Elijah McClain's mother, Sheneen McClain, plans to participate in the event remotely from Colorado. She said there was also a violin tribute planned for Elijah McClain.

"Black lives matter because they do, and until we start behaving and displaying that, we are prepared to continue in this fight and we stand again in solidarity with that community," Carter said.