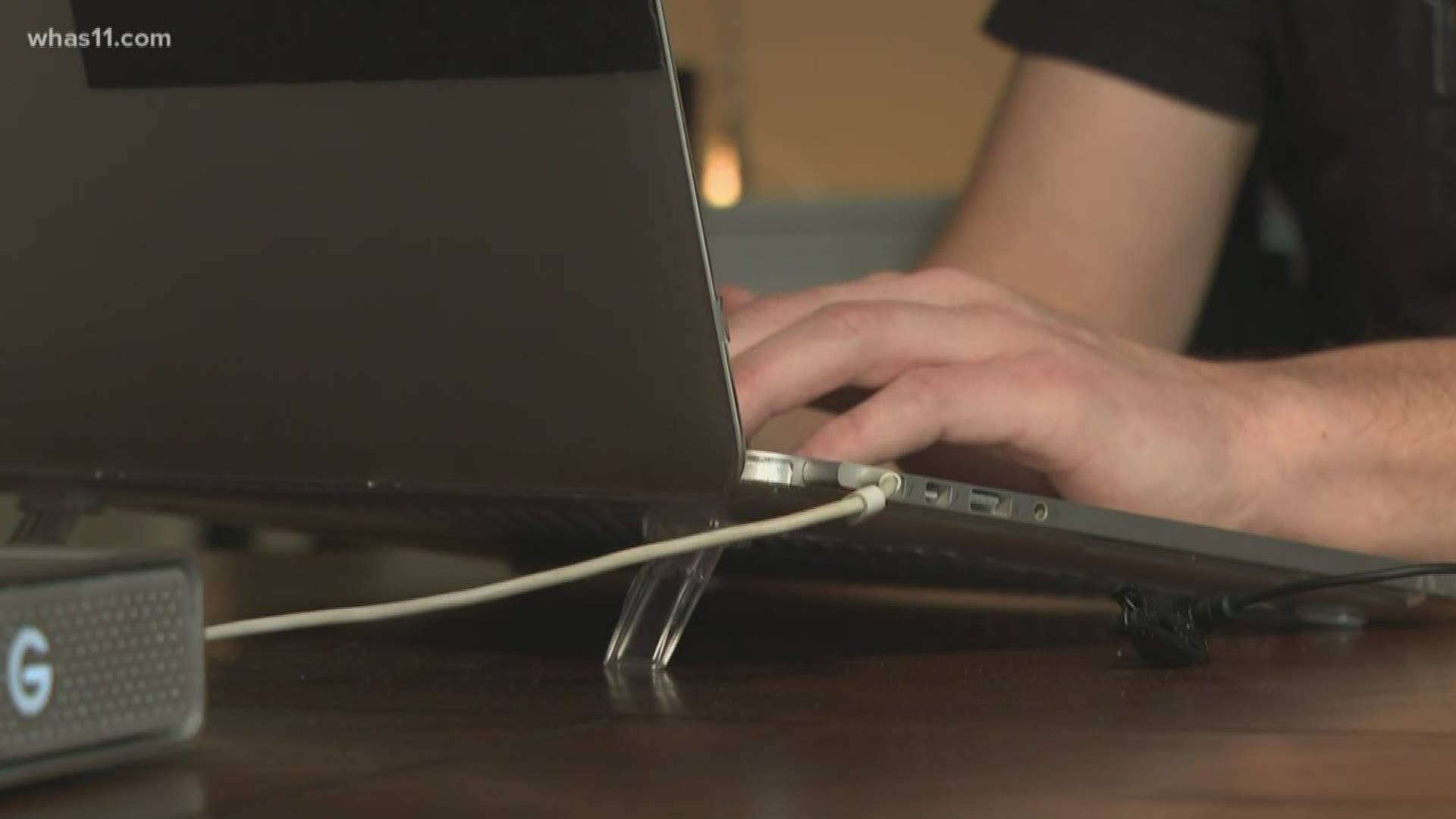 OLDHAM COUNTY, Ky. — Paying bills, connecting with friends and family, and even ordering a pizza are all done online these days.

But many rural communities still don’t have access to high speed internet.

People in Oldham County are trying to form a municipal owned broadband system.

It would benefit people like Wyatt Meffert, who works as a data manager and digital imaging technician. Meffert needs high speed internet to download and upload content. He lives in rural La Grange and isn’t able to work from home.

“None of the stuff that I know of that I’ve dealt with has been small enough to be able to upload from where I live,” said Meffert. “Currently my only solution is to go into town to either a friend or family member’s house.”

Meffert contacted a big internet company to see if he could get fiber optic for his home, but it came at a steep price.

“Thirty thousand dollars to roll something out here,” said Meffert.

A new option is in the works, one that would be faster and cheaper.

Kiser is working on a proposal to form a municipal owned broadband system for Oldham County.

It would bring high speed internet to people in areas with slow or nonexistent internet.

He will present the proposal Tuesday, Feb. 4 at 2 p.m. at a Fiscal Court meeting.

Meffert has seen speeds of other municipals owned broadband systems get up to one gigabit, or 1,000 megabits for upload speed.

“It’s about as fast as you can get,” said Meffert.

A high-speed option would help with his work, but Meffert says there are benefits for anyone in the county.

"Most, if not all, people would like to be able to, in this day and age, trade information and just communicate with each other at the same speed," said Meffert.

Kiser has about 70 people interested in working on the project.

If you want to get involved with the project, you can contact Kiser at larry@speakerofthecouch.com.