Kentucky Governor says the Commonwealth should not put an emphasis on placing children back with families involved in Cabinet for Health and Family Services investigations. 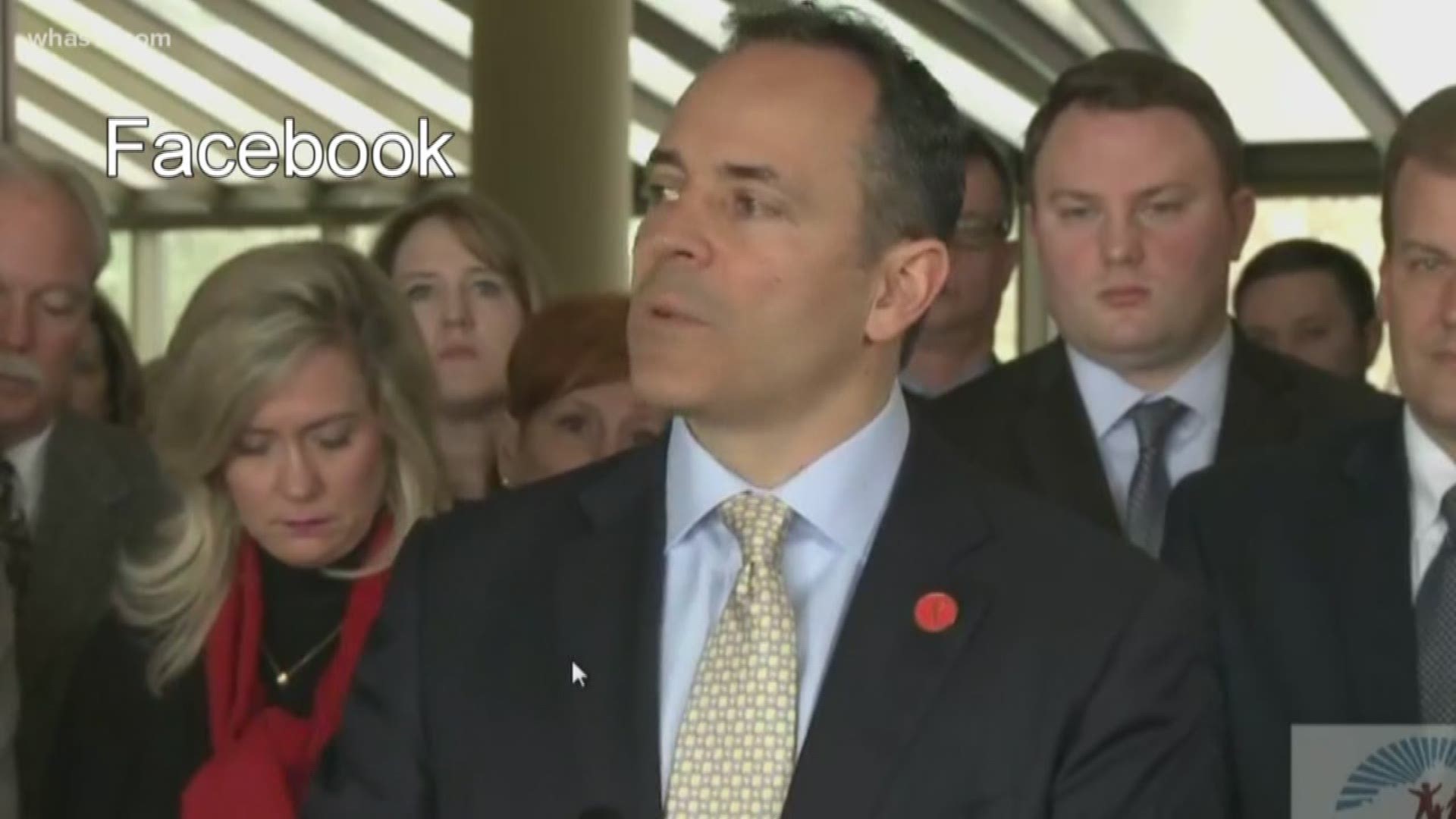 Child advocates say there's one thing no one will argue against, child safety must come first but some question whether the Governor's words are an "absolute" in a system filled with gray areas.

Monday, the Governor spoke about the issue while addressing the future of the Cabinet for Health and Family Services.

"The challenge is this, the child has got to trump the parents when it comes to what's best for that child. Period,” Governor Bevin said. “There is no amount of family whose interest are more important than that of the child. And that's a rethink on a way we've done a lot of things. This idea of the family and putting the child back in that family is the most important thing has led to a lot of problems and we have a lot of children who have been put right back into very abusive and neglectful situations. And we've known it. Whether we'll admit it or not we've known it. And we've known it because the laws require it. So, people know that they're putting a child back into a bad situation. Those rules have got to change and that mindset has to change and that's one thing we're working on. The child needs to come first."

"I don't think anyone knowingly puts a child back into a place that they know is dangerous. I just don't believe that,” Felicia Nu'Man said.

The attorneys say most of the parental rights cases involve poor families. If changes occur, they're concerned that the parent’s rights may not be recognized as attorneys, cabinet workers and judges debate a child's best interest.

"Certainly, every judge, every parent's attorney, every guardian ad litem every cabinet worker in this commonwealth wants to keep kids safe”, said Jessica Green. “That's what we do every single day. However, an absolute like the governor just said would be a problem for many of us because we take very seriously the idea of family preservation. I think that is something no one, the governor, nobody needs to try to eradicate the basic family unit."

"Clearly, you can't disagree when the governor says the priority is the state of the kids,” Dr. Terry Brooks said. “We all agree on that. So, really the question becomes how do we guarantee that safety?”

Dr. Brooks has been an outspoken supporter of Governor Bevin's budget proposal which he points outspends more money for social work, adoption and foster care and kinship care. Kinship care is the ability for extended family to take custody of a child before they're forced into foster care. Monday, Governor Bevin insisted that money is set aside to help those families cover costs of children they are fostering.