The governor appeared on Fox News and host Martha MacCallum asked him about the comments that have brought national reactions. 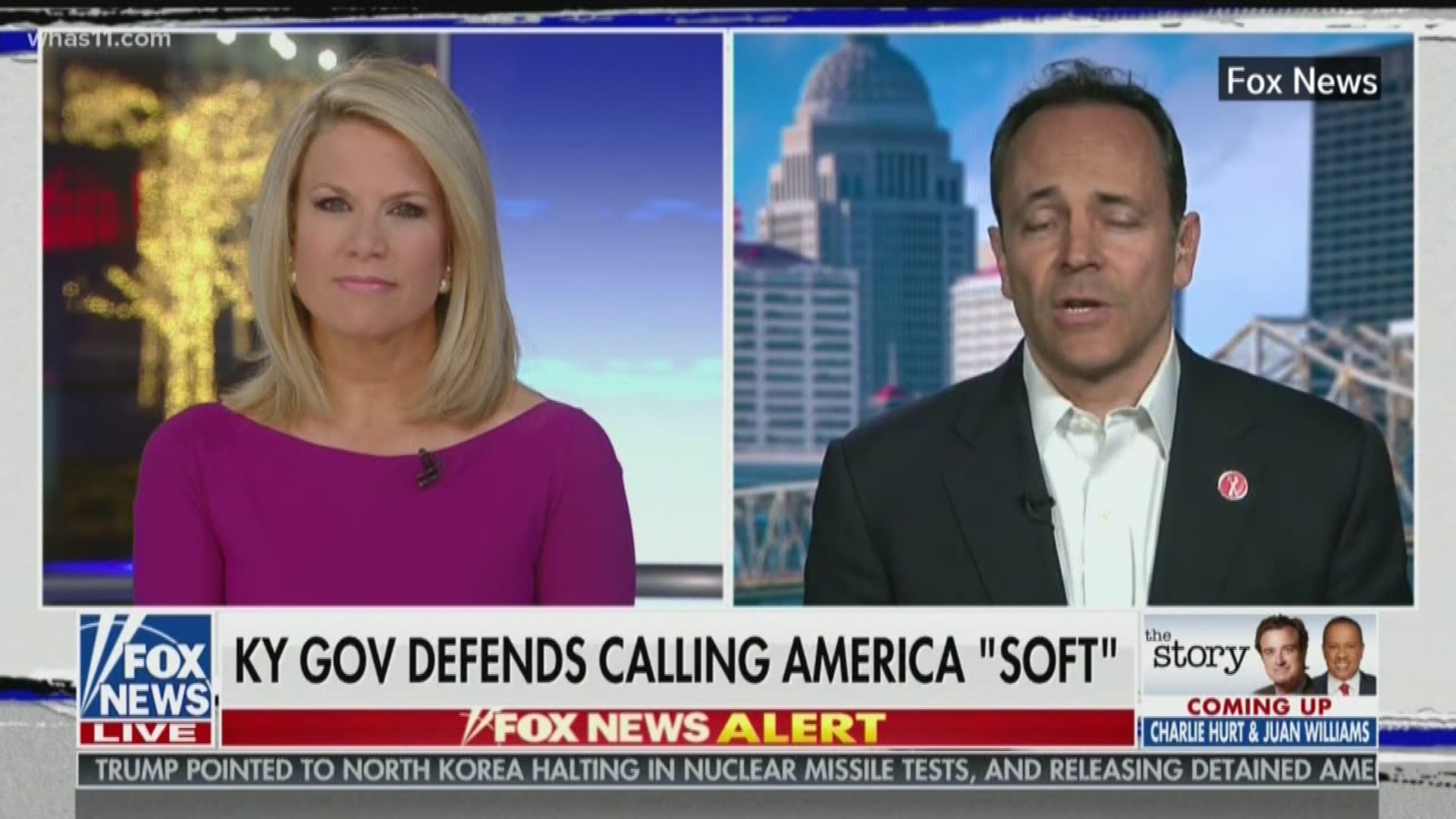 He appeared on Fox News and host Martha MacCallum asked him about the comments that have brought national reactions.

“In general, we are getting soft and it's interesting. I mean, my children's schools were canceled. They played outside in the snow! So, did most kids,” Gov. Bevin said to MacCallum. “I understand it's important for people to be careful, but we also are getting soft in America. Anybody that would question that is really not paying attention.”

His comments drew harsh criticism from many people including MSNBC meteorologist Al Roker who called Gov. Bevin a “nitwit”

The governor also defended himself on Twitter in a series of tweets.

"Remember all the outrage from these clowns at the @courierjournal, @heraldleader, @WKYT and that highly esteemed journalist, @alroker, when @BarackObama said this about snow & school cancellations.?" He said in part.

His tweet was about a comment President Obama made in 2009 about Washington D.C. coming to a halt after a dusting of snow when Chicago would not have canceled school.