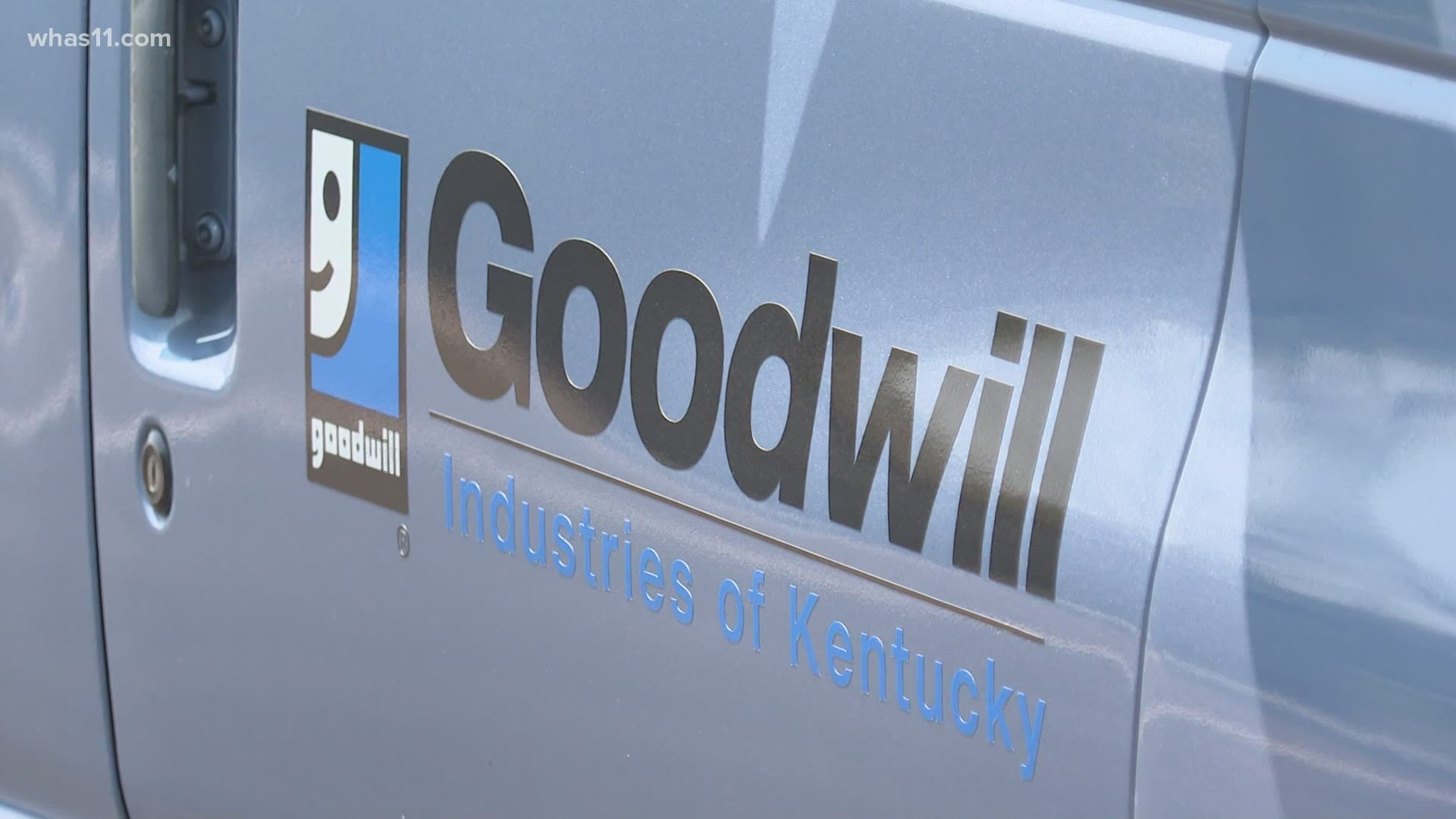 LOUISVILLE, Ky. — A van is hitting the streets of Louisville to pick up people who are homeless so they can participate at a work site in exchange for a stipend.

The new pilot program, led by Goodwill Industries of Kentucky and funded by Metro Government, aims to help those in need get long-term assistance and to reduce panhandling.

The pilot program, "Another Way," kicked off on Tuesday.

"We stop at Salvation Army, we pick up some boxed lunches, we have several locations," Allgeier said.

Goodwill picked up three people they found in the street. Three is the limit due to COVID-19 restrictions.

"We were just yelling out 'Hey! Anybody want to come to work get paid to work?' They were so excited they were like 'yes,'" Allgeier said.

The first three participants were taken to the fairgrounds to pick up some litter. The new pilot program will run for 10 weeks on Tuesdays and Thursdays 10 a.m. to 3 p.m. Goodwill will pick up those who are homeless, provide a lunch and give them a ride to a work site in exchange for $50. A first-aid kit is in the van in case of emergency. Participants can be picked up for a maximum of 11 times.

Other job duties under the program include landscaping, holding signs at vaccination sites and road trash clean up.

"I think the hope is very quickly to roll this into a full program," Councilman Markus Winkler of district 17 said.

The city discussed launching the program in Louisville for almost two years. $6,000 was approved by Metro government in February.

Councilmembers learned about the initiative from places like Mexico and Washington where they have seen improvements in their homeless population after launching the program.

"We all sort of saw this issue of visible need tried to connect the dots of how do you get people that are standing in the streets connected with the services that they need and so we all sort of stumbled upon this program," Winkler said.

Goodwill hopes to get more donations by starting this program and in turn use that money to help fund it long-term.