Golf courses have installed plexiglass barriers in clubhouses and plastic partitions in golf carts or limiting carts to just one rider. 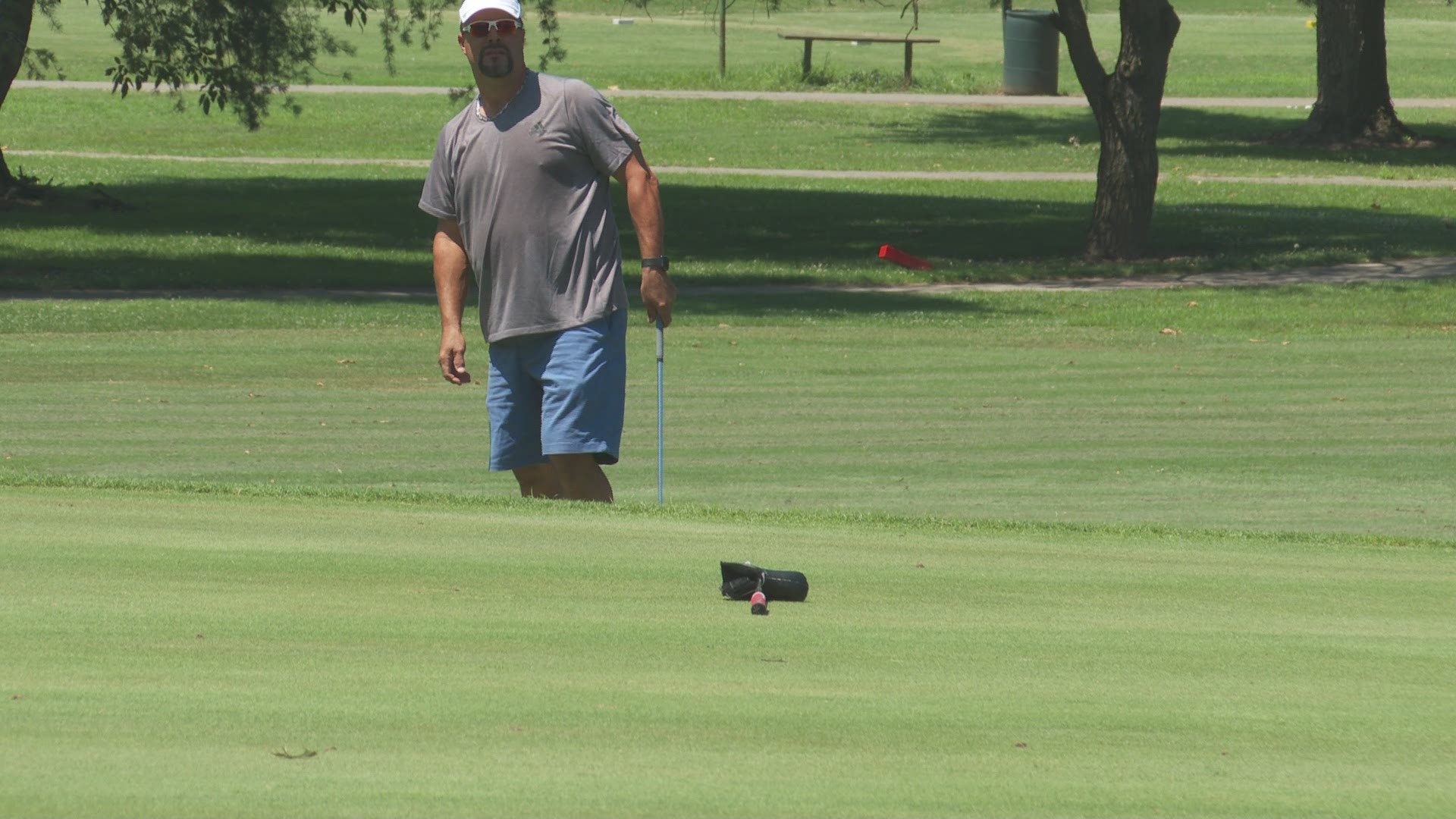 LOUISVILLE, Ky. — For many, a round of golf is a chance to disengage from the real world for a few hours, but these days, that can be difficult with the constant reminders that there is still an ongoing global pandemic.

Golf courses have installed plexiglass barriers in clubhouses and plastic partitions in golf carts or limiting carts to just one rider. And with Kentucky Governor Andy Beshear's mask mandate in effect, there are signs everywhere reminding golfers they are now required to wear a mask inside the clubhouse.

"A lot of people forget their mask so they'll go back and get them and they'll apologize because they forgot them," Shawnee Golf Course Director of Golf Operations Juan Mitchell said. "But yeah, everybody's been great about it."

While the coronavirus pandemic had closed many businesses and venues this spring and has done so again in areas around the country as the number of cases spike, golf courses like Shawnee are seeing the reverse effect, according to Mitchell.

"Because everything is closed, there's nothing to do. So golf, being outdoors, people have the ability to come out here, the opportunity to come out here and play golf," he said. "We've definitely seen an uptick in play and numbers and people that have came out, especially compared to last year. So that only benefits us."

Mitchell estimates Shawnee has seen about a 25 percent jump in traffic from last year at this time, though the official numbers have not been released yet.

That increase comes at an important time for Louisville golf courses, which have seen their futures put up in the air with the city's recent budget shortfalls, though as of now, there are no plans to close any of the Louisville Metro public golf courses.

WHAS11 reached out to Louisville Metro Parks for specifics on the increase in the number of rounds played but has not received a response.