This little baby girl overcame the odds and is giving her whole family hope. 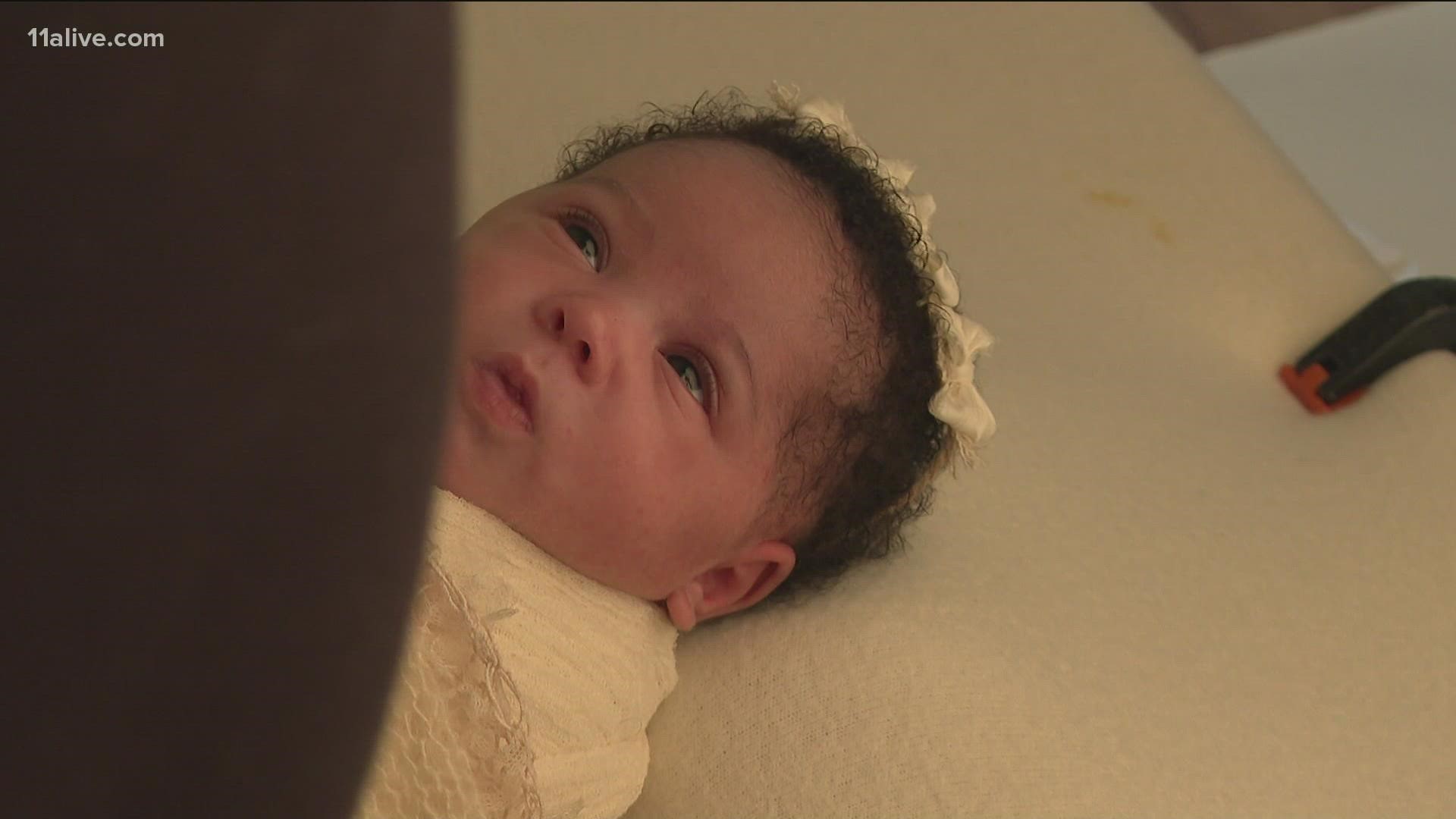 CARTERSVILLE, Ga. — A baby is a blessing any time of year, but a Cartersville family says they're especially grateful to have Ayah home with them this holiday.

This little baby girl overcame the odds and is giving her whole family hope this Thanksgiving. Ayah didn't want to go to sleep at her newborn photoshoot.

"Do you see her hands, it's like she's praying, saying a prayer for her mom," said Ayah's grandmother, Andrea James.

She's only a month old, but she didn't want to miss a thing. Even crying, she looked perfect in her photographs. At that photoshoot, and always, love surrounds Ayah.

Ayah's aunt Whitley and her grandmother Andrea have been caring for her because her mom can't.

Niesha Alexander was so excited to meet her daughter when she went into labor in October, but she started complaining of chest pains during the delivery.

"She had a grand mal seizure, which gave her body enough force to push out her baby. So if she hadn't had that seizure, she wouldn't have survived, her or her baby," James said.

They did survive and miraculously, Ayah was totally fine. Her mom's seizure got her out fast enough to escape harm, but Niesha was in bad shape. She coded three times on the delivery table and needed 43 blood transfusions.

"I've known of three amniotic embolisms in my career and I've known only her to survive," said the Director of Perinatal Services at Piedmont Cartersville, Kelly Costner.

She says the entire care team at the hospital rushed to Niesha's bedside and has been doing everything in their power to help her. Costner helped deliver Ayah and says she's amazed how far Niesha has come.

Her best friend Ashleigh Parker says they're all amazed.

"She is conscious, she is off life support. She ripped the vent out herself if that tells you anything about her personality. There are complications that arise, but she has overcome so much already," she said.

Niesha owns Legacy Lashes, a boutique lash studio in Cartersville. She is known to be devoted to her clients and has built her business from the ground up. Niesha survived a car crash when she was eight months pregnant with Ayah, and her family says they know she will keep fighting.

Niesha's mom and sister bring Ayah to see her every day. They lay Ayah on her chest and hope her daughter brings her strength.

"She just brings this whole family peace and love and comfort and joy while we are dealing with my sister's condition. She's that middle ground to keep us level and sane," said Whitley.

Niesha named her daughter Ayah because it means gift from God. Now they’re hoping her baby and her faith can pull her through this.

"I can't wait to tell her what a miracle she is. And what a fighter her Mom is," said Whitley.

Niesha has made so many improvements, but she still has a long way to go.

Doctors are hoping to transfer her to a residential rehab facility soon, where she'll need at least six months of intense therapy just to start her recovery. Her loved ones have set up a GoFundMe to help cover medical costs. 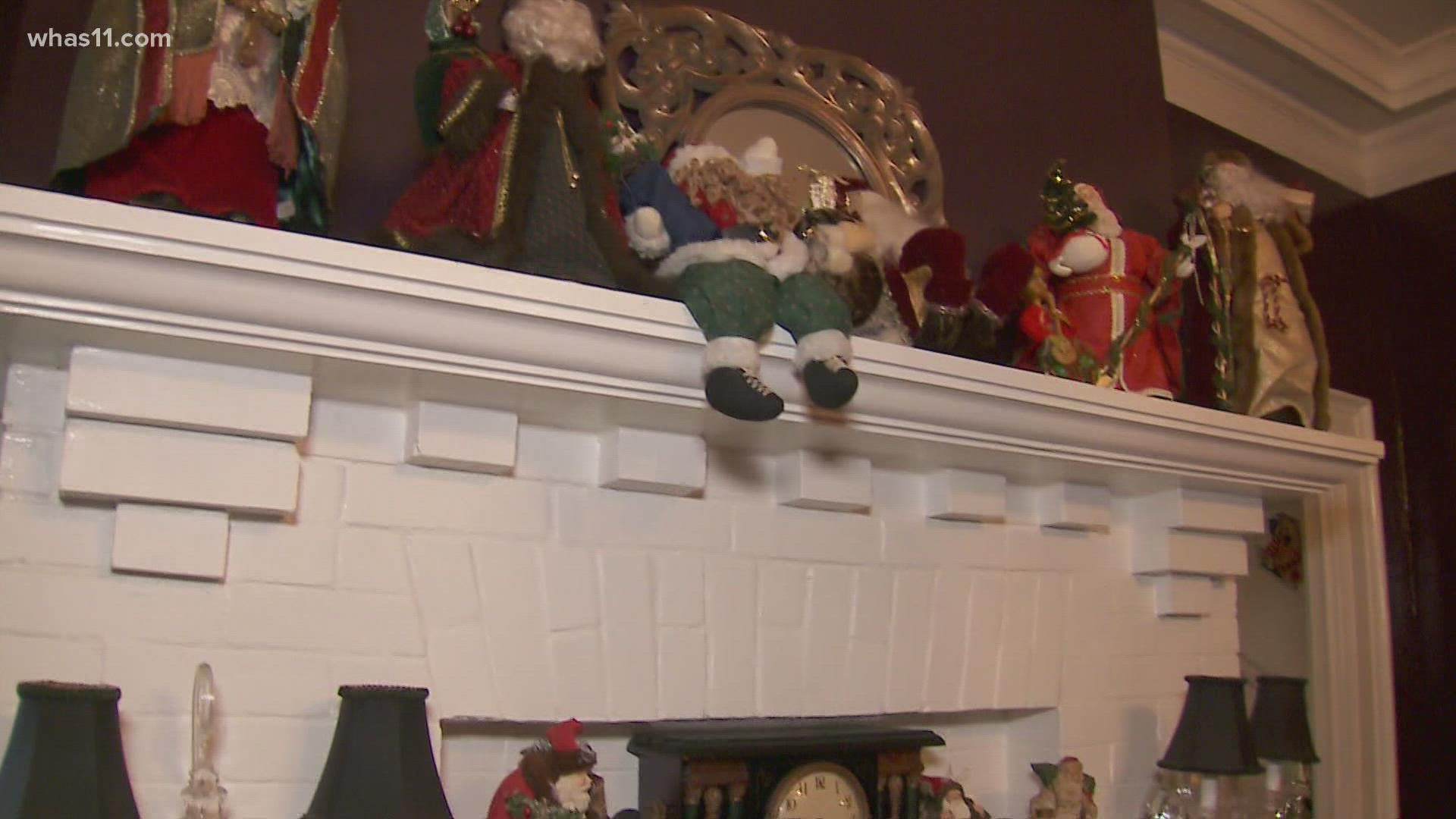