Days after Floyd was killed by police in Minneapolis one year ago, protesters took to the streets of Louisville calling on justice for Breonna Taylor. 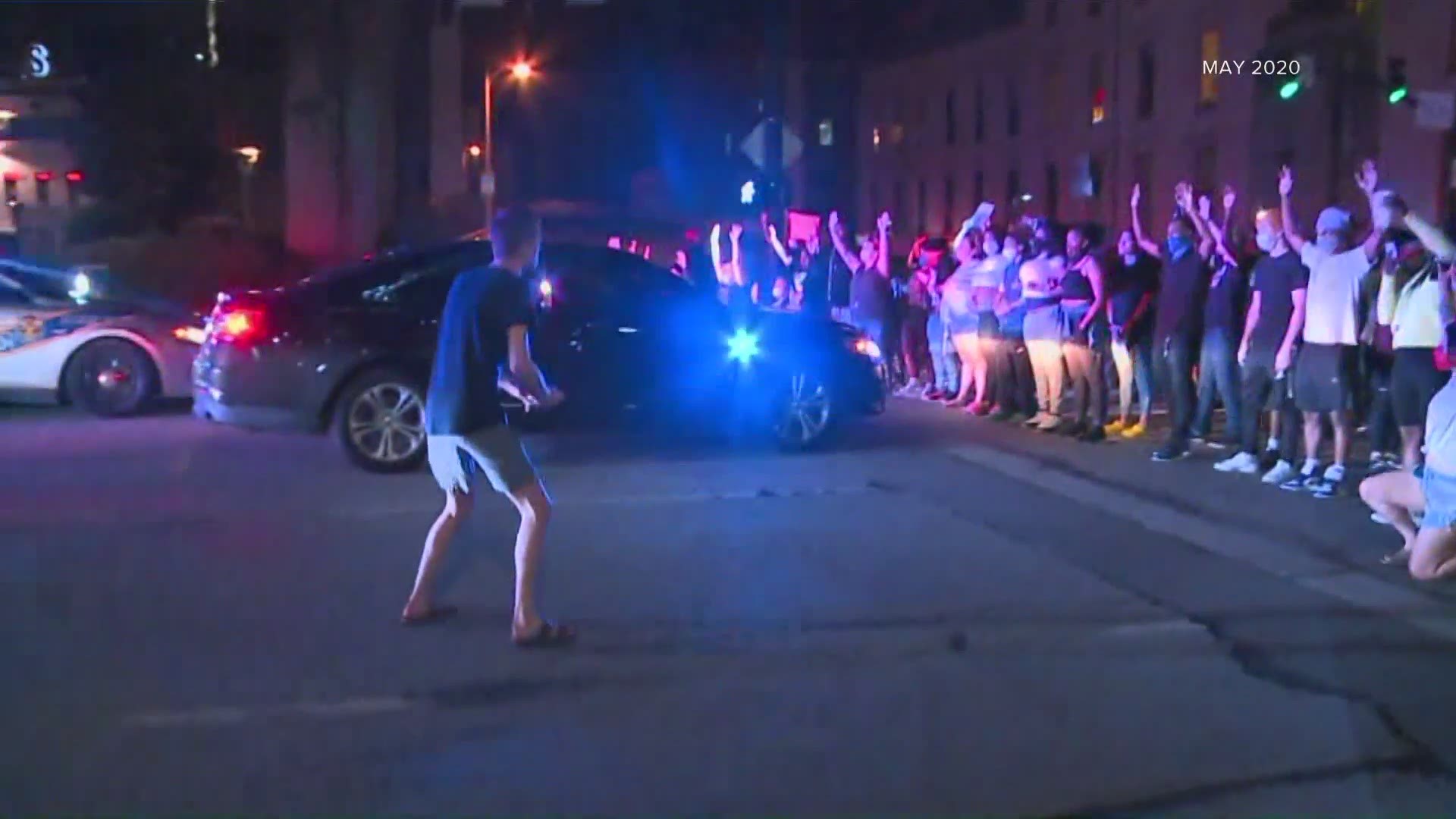 LOUISVILLE, Ky. — On the one-year anniversary since George Floyd was killed, some Louisville activists reflected on the lasting impact his death will have on the city.

Days after Floyd was killed by police in Minneapolis, protesters took to the streets of Louisville calling on police reform and justice in the Breonna Taylor case. It was the beginning of what would become more than 100 days of demonstrations in the city.

"I think Floyd has ignited a fire that no one will ever be able to put out without justice, without equality," co-chair of Kentucky Alliance Against Racist and Political Repression Shameka Parrish-Wright said. "What really set fire here is the fact that what happened to George Floyd and we had our own similar situation."

Hundreds flooded downtown Louisville hours after the 911 call in the Breonna Taylor case was released. Some came peacefully, others took advantage of the demonstration, targeting all kinds of properties.

"Everyone just didn’t know what to do we were out of breath, we were tired, we were saying not again and we were already just talking about what happened to Breonna Taylor," Parrish-Wright said. "That’s what George Floyd meant — enough is enough."

Ramon McGee is one of 18 members recently selected to serve on the Kentucky Attorney General's new search warrant task force. He represents the Kentucky NAACP.

"It brought home what many of us in the African American communities have been saying for decades," McGee said referring to Floyd's case.

"It helped direct focus back to Louisville," he said. "It opened up a referendum on this question of race and policing."

McGee believes the focus should currently be on passing legislation.

"In supporting the George Floyd Justice and Policing Act just getting Senators Rand Paul and Mitch McConnell," McGee said. "Here's people asking questions now they're saying why is this legislation lingering? Can we get it to move forward."

Friday, May 28 will mark one year since the first night of Louisville protests in 2020. Groups have plans to gather in Jefferson Square Park on that day for events.

RELATED: TIMELINE: From Minneapolis to DC, how the death of George Floyd impacted us one year later