From pension reform to hate crime: What to expect from Kentucky's 2019 legislative session

Kentucky's legislative session opens on Tuesday and lawmakers have plenty to discuss this year. 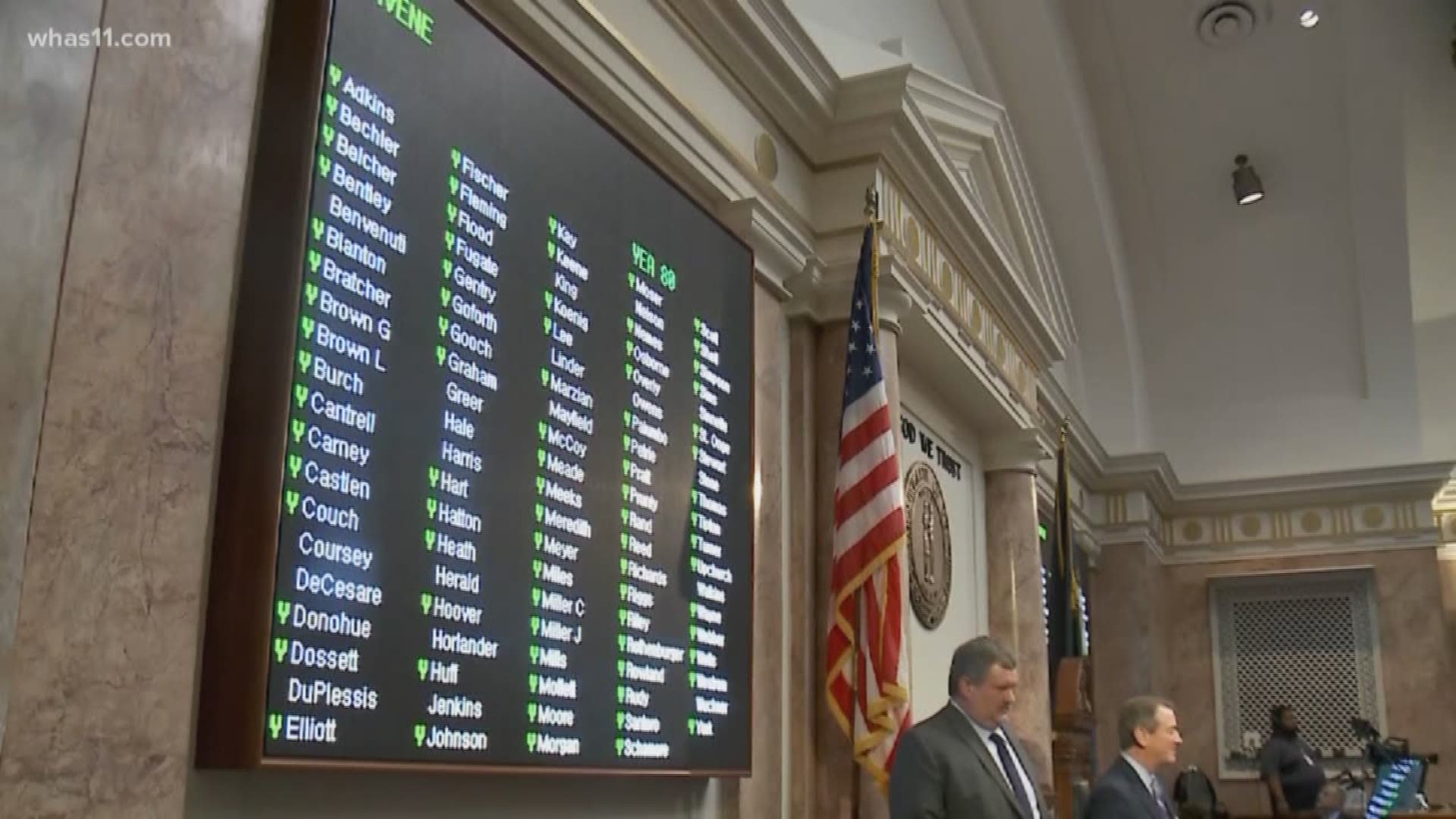 FRANKFORT, Ky. — The General Assembly is set to get back to work on Tuesday at noon, which means we're at the start of the legislative session in Kentucky.

What's on the agenda for 2019 and what are some of the big talkers not filed just yet?

First and foremost, pension reform will be a big discussion this year.

Credit: Bill Pugliano
Public school teachers and their supporters protest against a pension reform bill outside the Senate chambers at the Kentucky State Capitol on April 2nd, 2018 in Frankfort, KY.

A bill to fund the system hasn't been filed yet, despite Governor Matt Bevin's special session in December that concluded without resolution.

Senate Bill 151 was passed back in April of 2018, but with plenty of opposition on how it was passed. In December, the state Supreme Court ruled the bill unconstitutional, sending lawmakers back to the drawing board.

This will be one of the first things and biggest issues discussed at the legislative session on Tuesday.

There are also more women on both sides of the aisle in 2019.

Credit: WHAS11
Illustration of the number of Republicans and Democrats in the Kentucky House for 2019

Credit: WHAS11
Illustration of the number of the Republicans and Democrats in the Kentucky Senate for the 2019 legislative session

So what does that mean for some of these bills?

Bills like BR 179 may stand a greater chance if female lawmakers stand behind it. The bill would allow employees from the legislative branch to report sexual harassment through an exclusive anonymous tip line.

BR 823 is anticipated to receive a strong reaction from the public, but lawmakers may hold off making any major decisions on it. This bill would essentially require someone who is performing an abortion to determine the presence of a heartbeat. If it is detected, according to the bill, an abortion cannot be performed. Our experts are calling this bill a "wild card" - no guarantee that it will go to a vote, but it's worth watching.

Others bills of note include stricter punishments for animal abusers, the inclusion of criminal (and fetal) homicide as a hate crime, and the prominent display of the national motto - "In God We Trust" - in primary and secondary schools.

You can view all of the pre-filed bills for the 2019 legislative session here.

The session runs until Friday and will then recess until February 5th.
Political editor Chris Williams will be in Frankfort covering all the action.