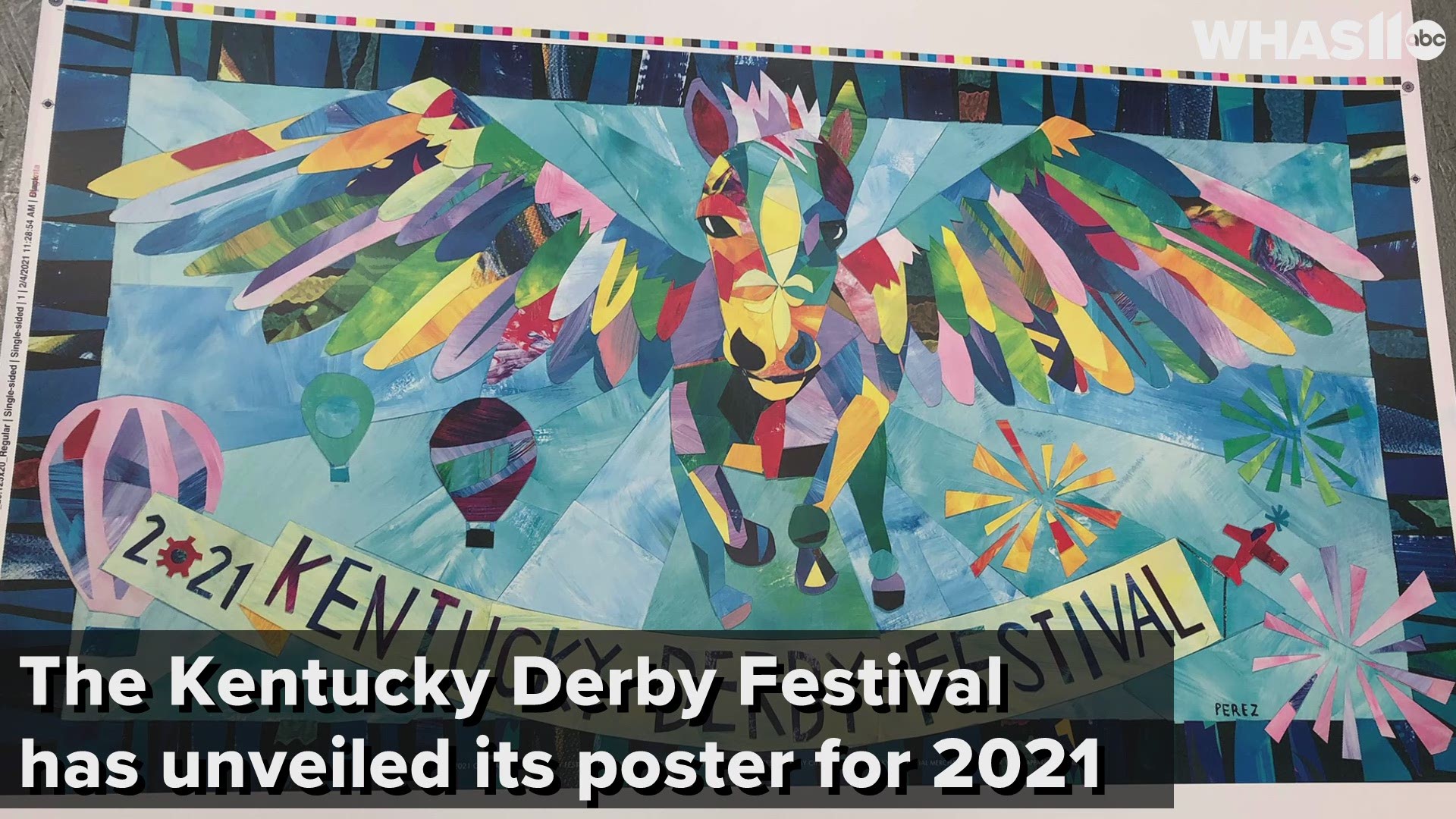 “This year’s poster really captures the spirit of the Derby Festival, and now you can also find it featured on Kentucky’s favorite spirit,” Matt Gibson, Kentucky Derby Festival President and CEO, said. “The bottle is a special collector’s item for Festival and bourbon fans alike.”

Reps from KDF along with Master Distiller Brent Elliott participated in a virtual barrel tasting and selection in January to choose their favorite barrel of Four Roses.

The bottle was released Friday at Kroger Wine & Spirits on Shelbyville Road in Middletown and is being sold for $74.99. Officials say limited quantities are available.

The “Going Up” Kentucky Derby Festival poster featuring a bold, colorful Pegasus can be purchased there as well and at other Kroger stores throughout Derby season.