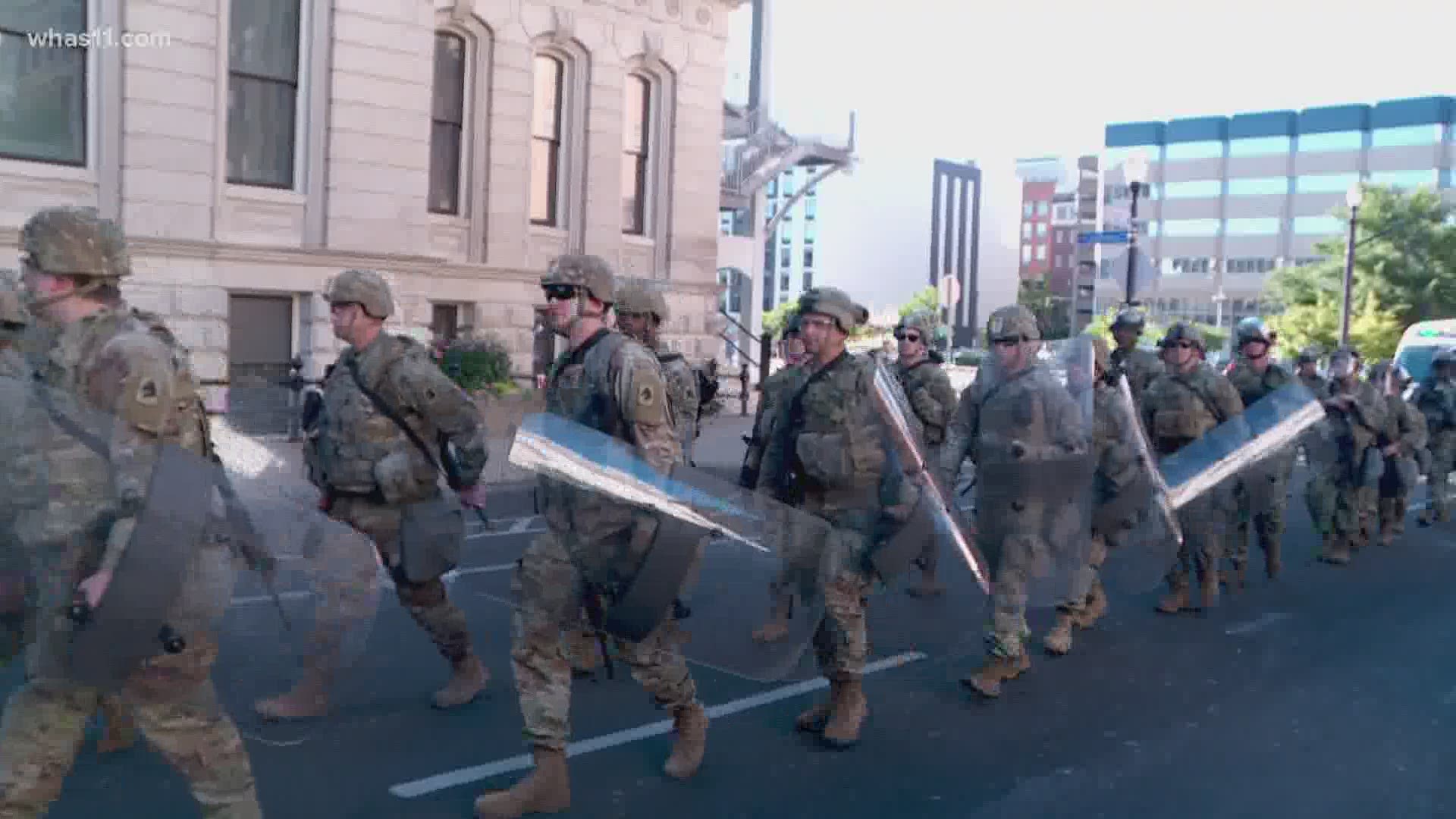 It’s a different scene from the chaos Louisville sees when the sun goes down.

“A very peaceful protest which is certainly every one of our rights to do in this country, turned into criminal acts and became a riot,” described Greg Gitschier, a police chaplain and former Louisville Metro Police officer.

He said he’s watched the progression of how police have responded to violence over the last few days.

“It’s very difficult for a police officer to take all that verbal and physical abuse and not being able to react in a defensive manner,” he explained, speaking from experience.

On Thursday night, officers responded with tear gas and pepper balls, but only after gunshots were fired from the crowd. Before that, police did little to engage with protestors.

“Once people start seeing people get handcuffed and zip ties all the way, that probably would've put a stop to it right there,” he said.

Only three people were arrested Thursday night, and on Friday, the damage and destruction were taken to a new level. Police continued to respond with tear gas and pepper balls, even into Saturday.

State Representative Charles Booker said he was hit by the gas despite no aggression from protestors around him.

“They have engaged in a very adversarial, confrontational posture, that I think has exacerbated what was before them, a very calm civilized gathering of folks.”

“At the point people commit crimes damage property and make circumstances unsafe we have a responsibility to stop it,” said LMPD’s Paul Humphrey.

Ron Jones, a former police officer and current news anchor at WHAS's sister station in Atlanta, said he's seen curfews like the one in Louisville make a significant difference, and it’s led to more arrests.

Gitschier said he hopes faith leaders will do more to help control the crowd as well.