Forest under threat: Why the future of Bernheim is at risk

A new website is providing opportunities to sign a petition and write letters of opposition to move the pipeline and interstate connector. 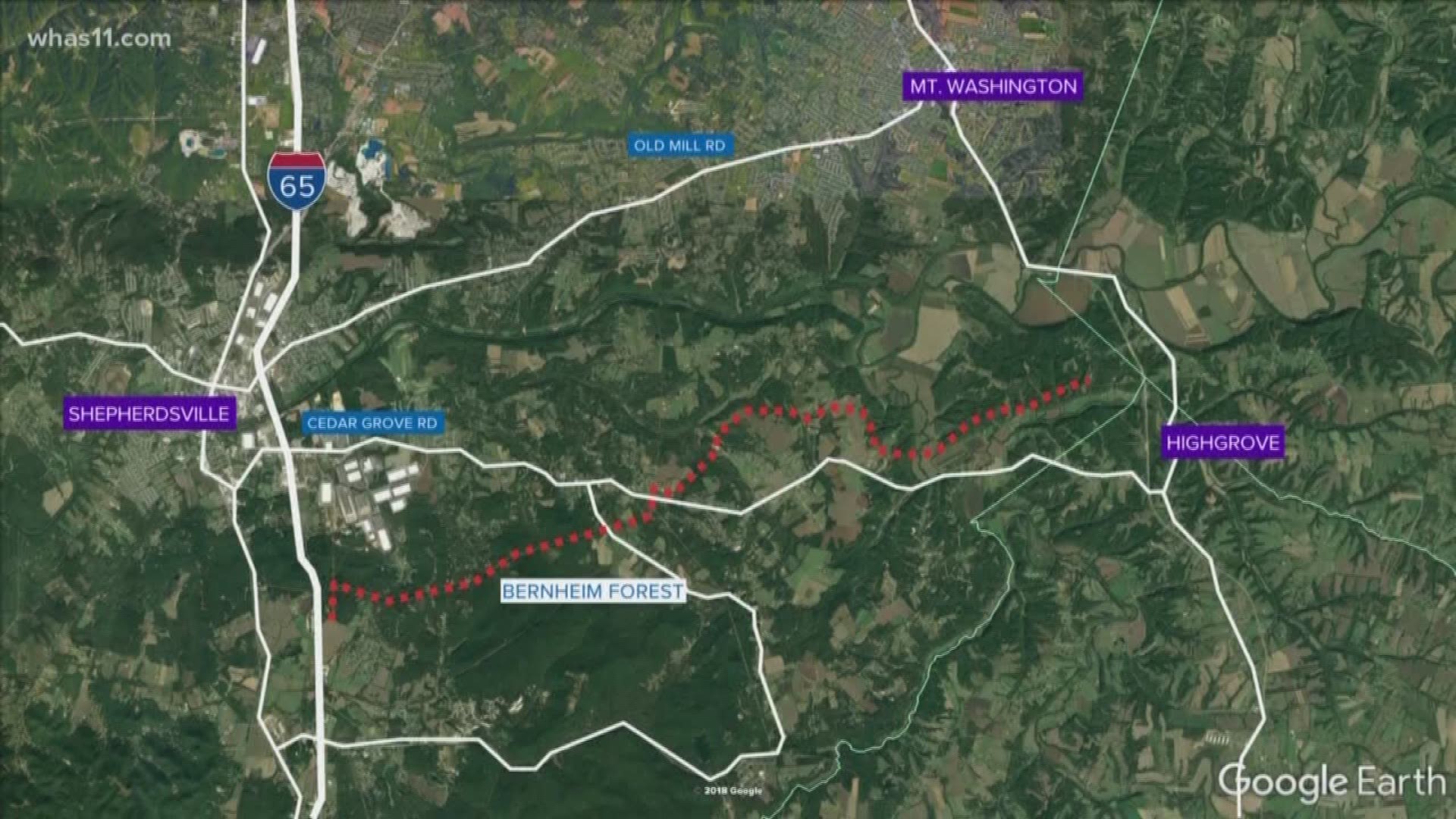 LOUISVILLE, Ky. — As plans continue for a pipeline to go through Bernheim Forest, people opposed to where the project is supposed to be built are saying the natural wonder is under threat.

A new website calling for action to get as many people on board to change its route was recently launched. The campaign, titled 'Bernheim Under Threat', is also an effort to get more signatures on a petition and more letters of opposition written.

"Bernheim is a natural treasure. They don't make places like Bernheim anymore. You really got to work hard to protect the forest and the knobs and the clean streams we've got left because once they're gone, they're gone forever," Andrew Berry, the Director of Conservation at Bernheim Forest, said.

The proposed 12-mile natural gas pipeline would be placed through areas of plants, trees, streams, and endangered species. It would also cut through the middle of their newest property; the Cedar Grove Wildlife Corridor.

But Berry explains they aren't against the construction happening, where it's currently planning to be built is the real problem.

He says alternative routes do exist, which would leave Bernheim unscathed and those making that decision, still have time to change routes.

Wildlife habitat, recreational opportunities, and education for children around nature are just the start of its benefits. The forest also contributes to clean air and water for Bullitt County, along with being a destination for ecotourism.

The current routes don't just affect the forest, but people's lives as well that would be uprooted by LG&E.

"For a company like LG&E to say sell us your land or we'll take it, it's scary to a lot of these landowners," Berry said.

Adding it's also the kind of precedent that could be set for permanent fragmentation.

"If we let something like the natural gas pipeline come through and be that first cut, through our wildlife corridor, then we are going to see other projects continually look at Bernheim as a route," Berry said.

Whether you live down the street or miles away, losing this natural wonder could have effects for generations on people that live in the greater Louisville area.

If you'd like to learn more or be a part of the change, head to the new website.