It's being touted as the "single, largest economic development project in the history of Kentucky." 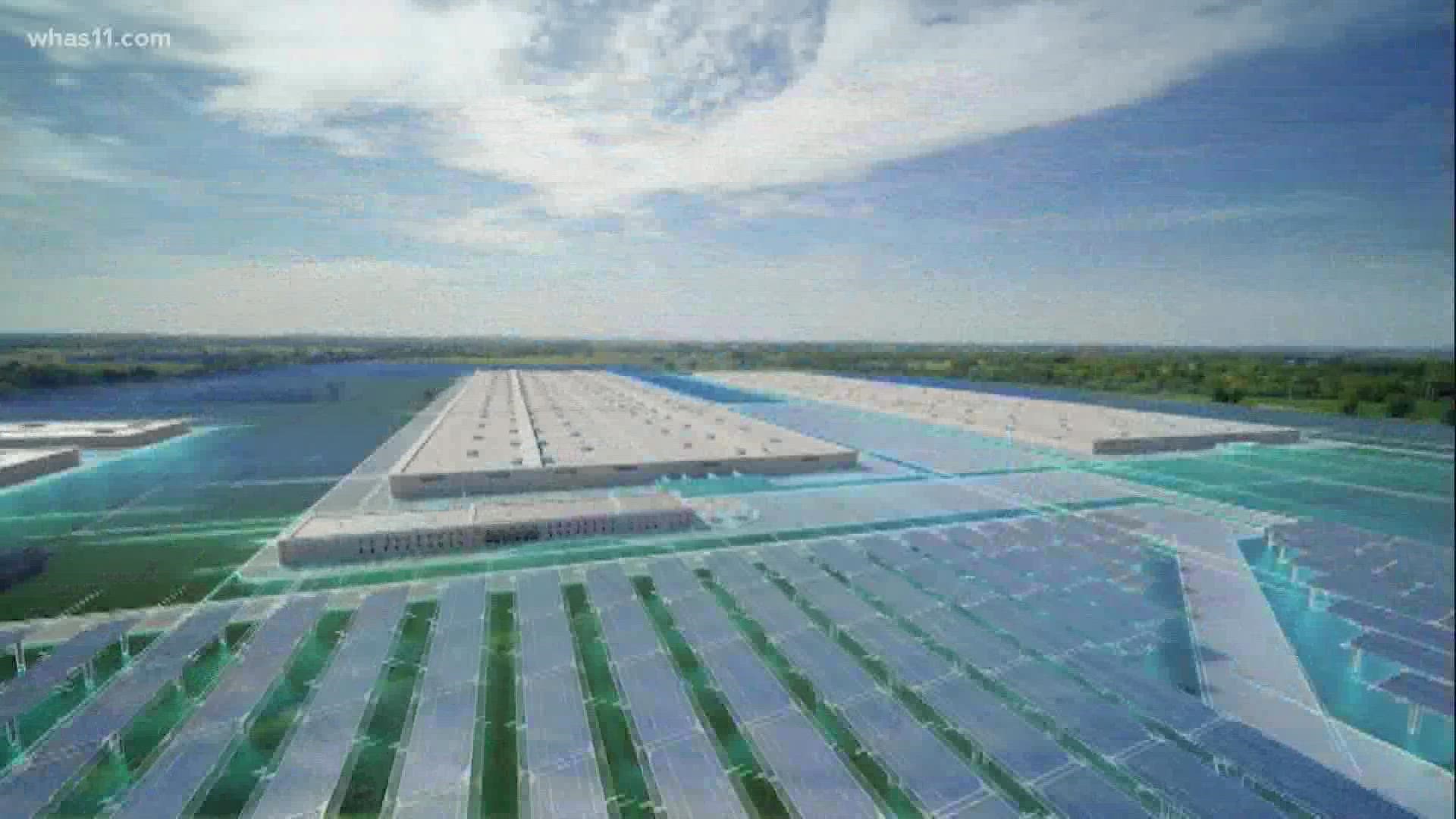 GLENDALE, Ky. — Officials with Ford Motor Company have announced plans to build two electric battery plants in Hardin County that are being called the “single, largest economic development project in the history of Kentucky.”

Ford and SK Innovation are creating the BlueOvalSK Battery Park in Glendale, investing $5.8 billion in the project.

Workers at the new battery park will supply Ford’s North American assembly plants with batteries that will power Ford and Lincoln electric vehicles.

“This is the single largest investment in the history of our state, and this project solidifies our leadership role in the future of the automotive manufacturing industry," Gov. Andy Beshear said. "It will transform our economy, creating a better Kentucky with more opportunities for our families for generations. Our economy is on fire – and now, it’s electric. Never again will we be thought of as a flyover state. Our time is now. Our future is now.”

RELATED: Report: Solar could power 40% of US electricity by 2035

Officials said the plants will be built on a 1,551-acre economic development site near I-65 and will generate 86 gigawatt-hours. State officials believe it will make Kentucky the nation’s largest producer of electric automotive batteries.

According to the Governor’s office, those 5,000 jobs are the number of full-time jobs at the plants and do not include construction, supplier or dealership jobs. It’s more than twice the number of any previous announcement statewide.

"With this announcement, Kentucky will play an essential role as Ford fulfills its commitment to lead the electric vehicle revolution and create thousands of jobs in the commonwealth, and we look forward to working with Kentuckians to create the future together,” said Lisa Drake, Ford North America chief operating officer.

Officials also said Kentucky and its partners will shift from traditional to the electric car of the future.

Ford is expecting nearly 40% of their global sales to be electric vehicles by 2030 and the batteries made here in the commonwealth will help power the transition.

Production of the advanced lithium-ion batteries will begin in 2025.

Some locals in Glendale tell WHAS11 that they're all for the economic boost.

“There’s great opportunity out here to make great production," said Trevor Ake, a volunteer firefighter. He said it might take some time for locals to buy in, but believes the payoff is there.

"All these small-town businesses here are going to love it,” Ake said.

Others told us off camera that they’ll always be hesitant about any large construction in the small community of 1,700 people.

Kentucky Senator Mitch McConnell released a statement shortly after the news was released.

"I applaud Ford for their decision to bring their new battery plants to Hardin County, which will provide a much-needed economic boost to the region and create thousands of well-paying Kentucky jobs. With Ford’s commitment, we have further solidified our role as a world-class automotive state on the cutting edge of research and development. I look forward to continuing to pursue pro-business policies in Kentucky and nationwide that will allow great American companies like Ford to continue to prosper and grow our economy.”

Gov. Beshear and Ford officials, including executive chairman Bill Ford, are expected to explain more about this highly-touted investment during a press conference set for Tuesday afternoon at the State Capitol in Frankfort. 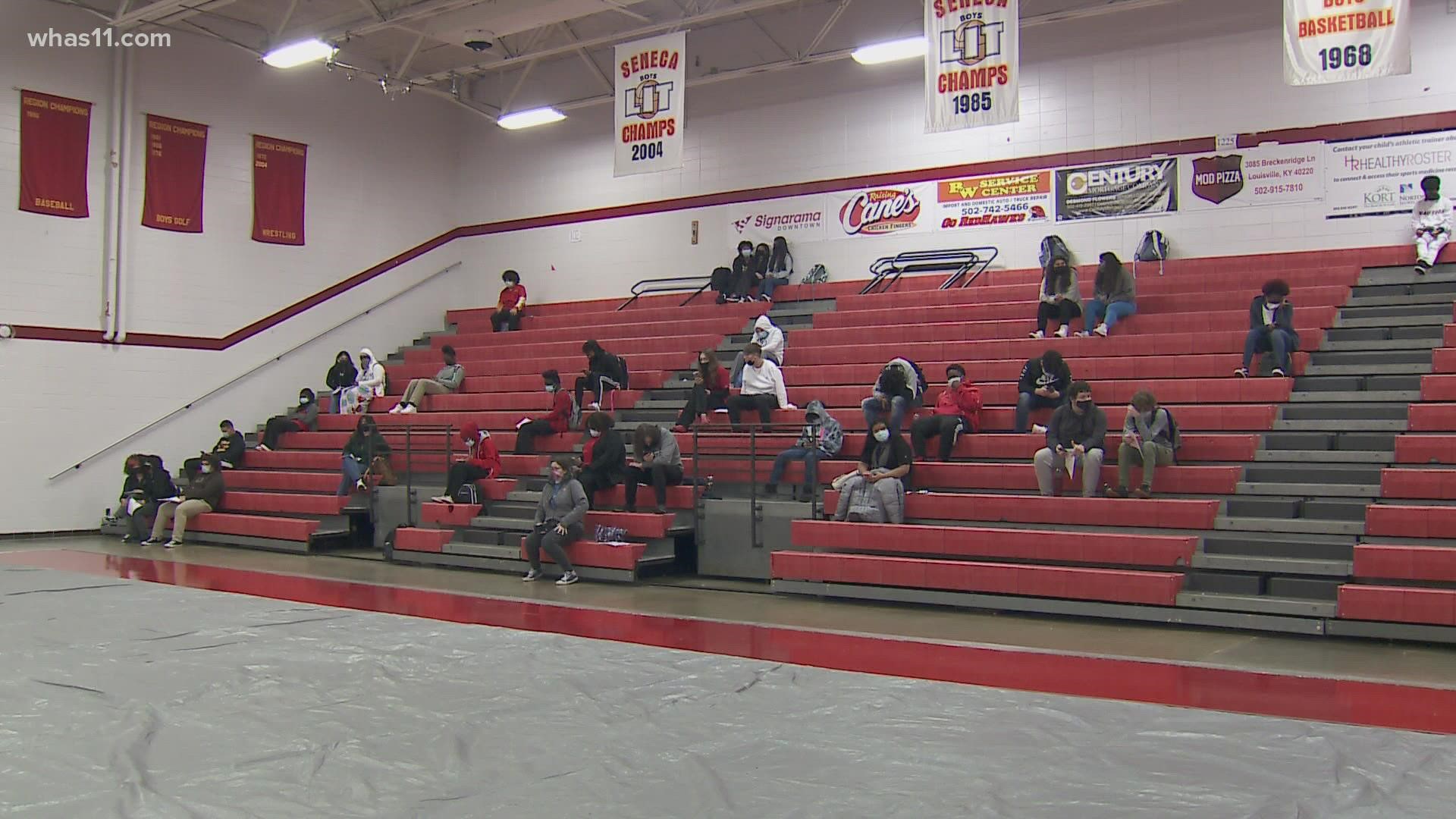