'If I ride it, I hope it erases the memories': Historic Fontaine Ferry Carousel could return to Louisville

Fontaine Ferry did not allow Black people inside its park until 1964. Ed White, a little boy at the time, was forced to watch the fun through a fence. 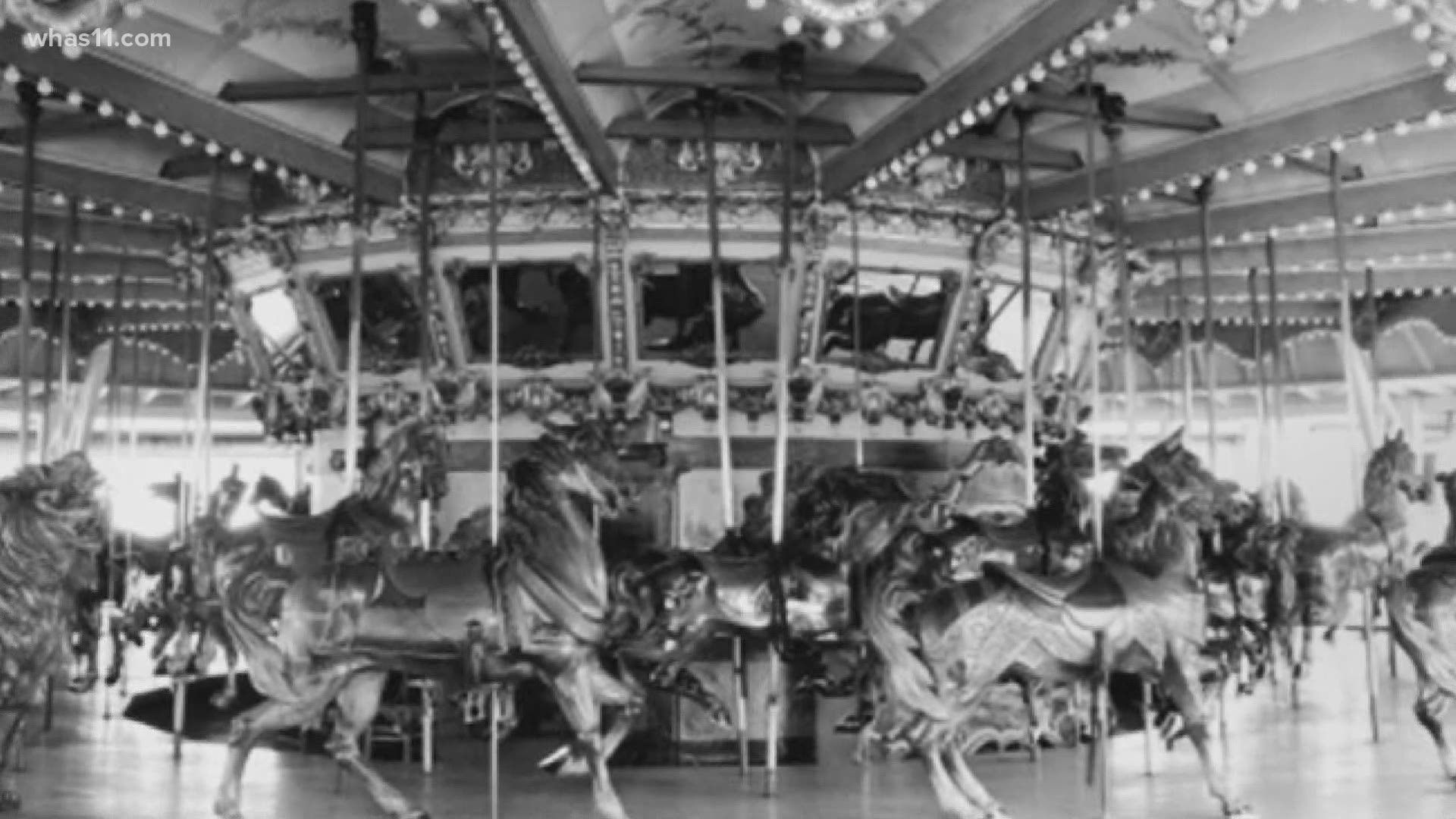 LOUISVILLE, Ky. — The Fontaine Ferry's longtime run ended during a period of racial unrest in 1969. Its centerpiece, a 1922 carousel with 48 animals, was sold off. Now, more than five decades later, the Portland Museum is hoping to return the vintage carousel to its original home.

Fontaine Ferry Park was a popular hometown amusement park that opened in 1905. As Louisvillians are wont to do, residents changed the park's name to "Fountain Ferry" due to its large fountain.

Home movies from Louisville producer Jerry Rice show kids hanging around the pool, getting on the carousel and riding carnival-like rides. Each shot, though, shows only white people.

Fontaine Ferry did not allow Black people inside its park until 1964. Ed White, a little boy at the time, was forced to watch the fun through a fence.

"My memories are divided," White said. '"We were not allowed access to the park."

White is now a board member of the Portland Museum, which has rediscovered that very carousel shown in home videos. The museum tracked it to Chicago. Board member Jimmy Soto said it has been in storage after Great America Chicago bought it from Louisville in 1976.

"We don't know what it looks like now," Soto said. "It hasn't been used since 2003, and it's been in storage. It was operational up until the time is was decommissioned, but we want to find out what its condition is now almost 20 years late."

The carousel is a coveted piece of Fontaine Ferry history. While other parts of the park are scattered around town, like a lighted harp built at the park sitting inside one man's home, Louisville resident Hunter Graham has been on a mission to find the carousel for years.

The ferry's run ended after being badly damaged during racial unrest in the city. Later, the property burned.

"This is how I felt when I saw it burning: I said good, I'm glad its burning for what it stood for," White said.

Graham said the carousel is much bigger than just a ride, it shows the history of the city and the hope to move forward.

"As in life, there's ups and downs, sometimes it feels like you're spinning in circles, but at the end of the day, we're all moving forward and we're moving forward together," Graham said.

"We could use that as a way of teaching exactly what systemic racism is, and this carousel is a symbol of system racism," White said.

A group from the museum led by director Katy Delahanty will soon head to Chicago to see it in storage for the first time.

"It should be a very, very emotional and reflective experience, and we want to see it in its raw form," Delahanty said, "see and give answers to the Louisville community on what has happened to this, and is it possible to bring it home?"

White said bringing the carousel home is not a victory, just a start for the man who only got to walk inside the park for the first time as a teenager.

RELATED: The former Fontaine Ferry Carousel could return home to Louisville; Portland Museum officials are hoping to acquire it