"The building's been here over nine years. We never had an incident." 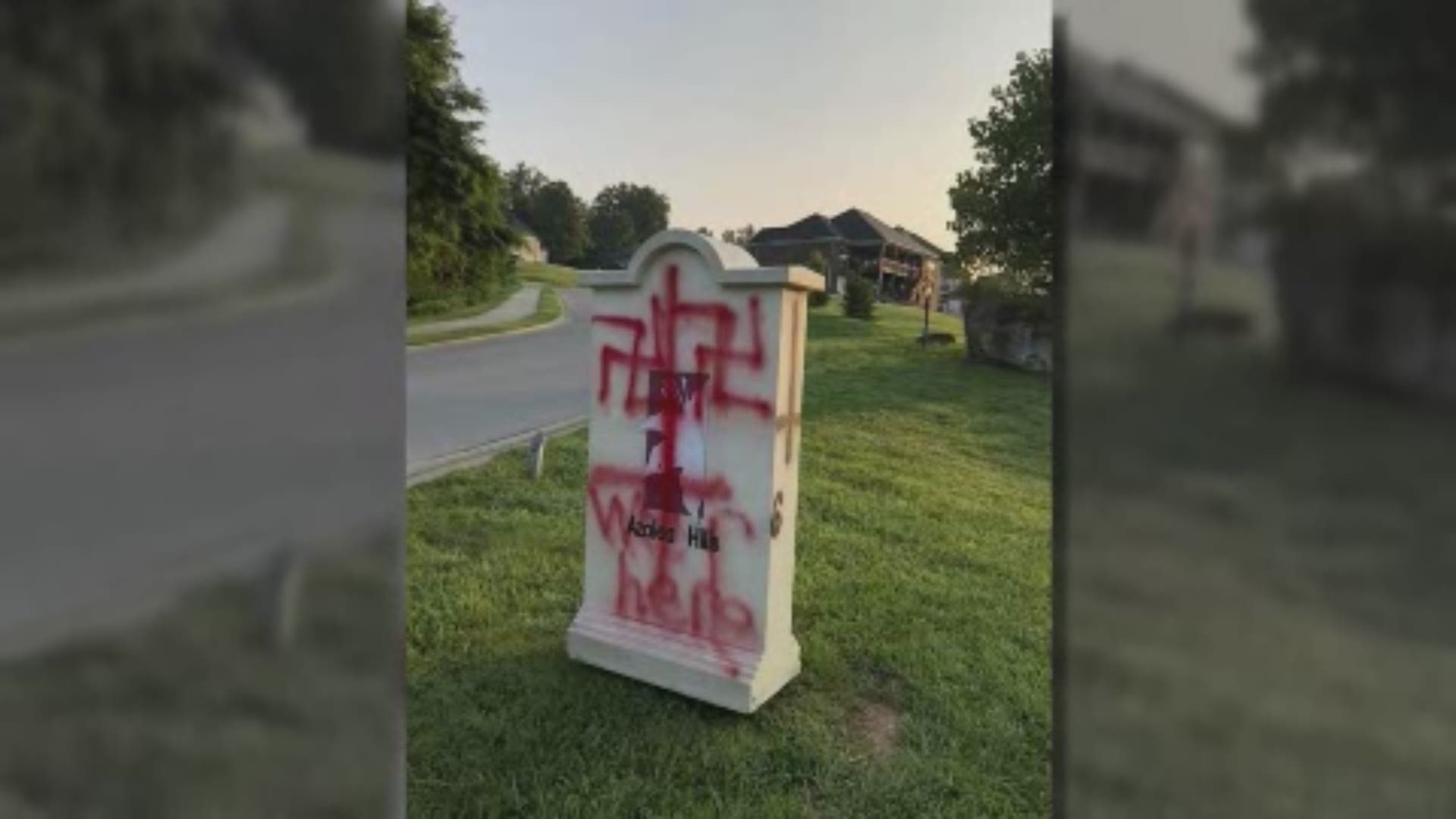 LOUISVILLE, Ky. (WHAS11) – It's a case of who done it in Floyds Knobs, Indiana. A swastika was spray painted on a sign of the Azalea Hills retirement community, baffling Administrator Cassie McCoun.

"The building's been here over nine years. We never had an incident," she said.

McCoun says she first got a call early Monday morning and suspected some young out-of-town adults. "I wouldn't really think they were from this immediate community. It is such a lovely, tight-knit community. Everybody knows everyone," McCoun explained.

She put her maintenance crews to work removing much of the spray paint. It was gone by Tuesday afternoon. But, Azalea Hills wasn't the only target according to Floyd County Sheriff Frank Loop.

"They did the same thing to a school bus. In the same evening, we also had the sheriff's department radar trailer was overturned,' Sheriff Loop told WHAS11.

Even some mailboxes were damaged, likely sometime Sunday night, he said. However, Sheriff Loop isn't investigating the incidents as a hate crime. Indiana doesn't have hate crime laws, but even still, Loop says the vandals weren't targeting anyone specifically.

"It's damage to personal property, that's the issue. It's not about any kind of hate crimes or anything like that," he said.

The Jewish Community Relations Council of Louisville taking note, telling us, "...the views expressed through acts like this represent a minuscule amount of the people in Kentuckiana...the people of this region share our sentiments against bigotry."

McCoun is adding some security precautions but hoping to move past what she considers a random act. "We've increased our rounds. The sheriff's department, I'm sure, is doing some more drive-bys. Maintenance is doubled up on checking the perimeter, walking the area, staffing has increased just a little bit," she said.

Anyone with information about the recent cases can call the Floyd County Sheriff's Department.