Heavy rain brings flooding to some neighborhoods, roadways across Louisville

Gilda's Club Kentuckiana, a non-profit that helps children and adults battling cancer, is dealing with significant flooding at the Grinstead Drive facility. 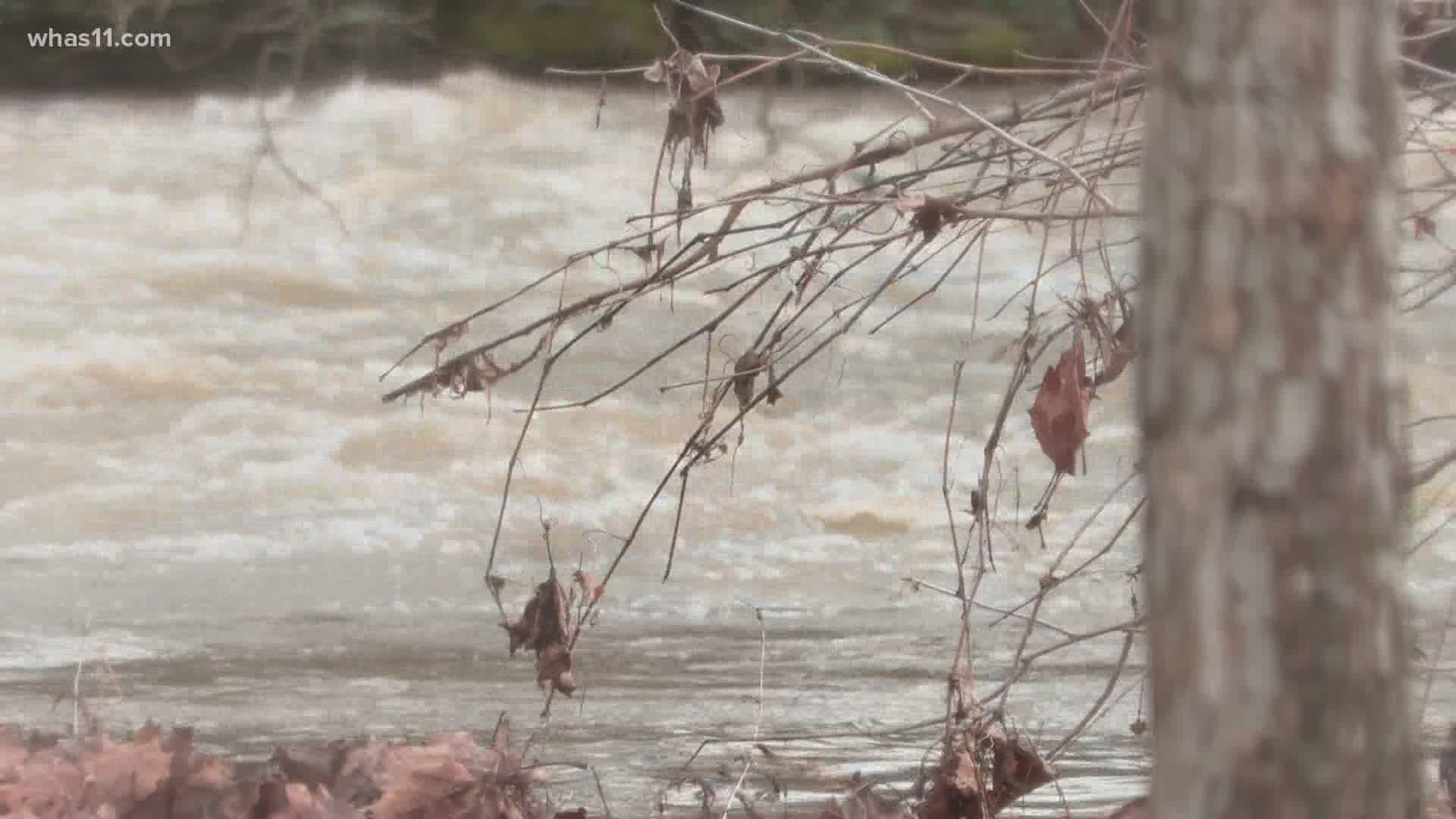 LOUISVILLE, Ky. — In a month that already brought heavy snow, rushing water now takes over, flooding parks and roads across the city. Barriers blocked streets where the rain piled up.

Cars were stuck underwater on Fenwick Drive while parts of Cherokee and Seneca Parks were submerged in water.

Beargrass Creek was running faster than usual, overflowing in nearby areas like Browns Lane at Sherburn in St. Matthews.

The rainwater damaged Gilda's Club of Louisville, flooding the new facility off Grinstead Drive for the third time. The cancer support center says this time- has been the worst.

"We had learned there was a backup in the lower level here at Gilda’s Club that was pretty significant," board member Bruce Paul said.

The issue – stems from sewage back up combined with rainwater.

“Rain or no rain a lot of rain or a little rain, we weren't expecting a sewer backup,” Paul said.

Damaged furniture, flooring, carpet and artwork is expected to cost upwards of $200,000.

According to Gilda's club, items made of fabric or paper must be disposed of, along with some wooden furniture.

An environmental cleanup company is working to clear out items while Gilda’s Club staff worked to salvage what they consider priceless.

"The art that we have is sentimentally valuable,” Paul said. “Some of it is on the floor, some of it on the shelf, some of its framed. It’s a lot."

While they packed up what they could throughout the day, the morning rain gave way to some sun, allowing the water to subside in some spots and give people like Emma Hedrick and Evan Heitz the chance to get outside.

After being in the cold and snow, the pair says it was a breath of fresh air, in between the downpours.

Enjoying it while it was dry before rain moved back into the area Sunday night.

Here are some tips on staying safe during potential flooding:

Jefferson County Fire Services also reminds drivers to "Turn Around, Don't Drown," as drivers should not attempt to go through floodwaters.