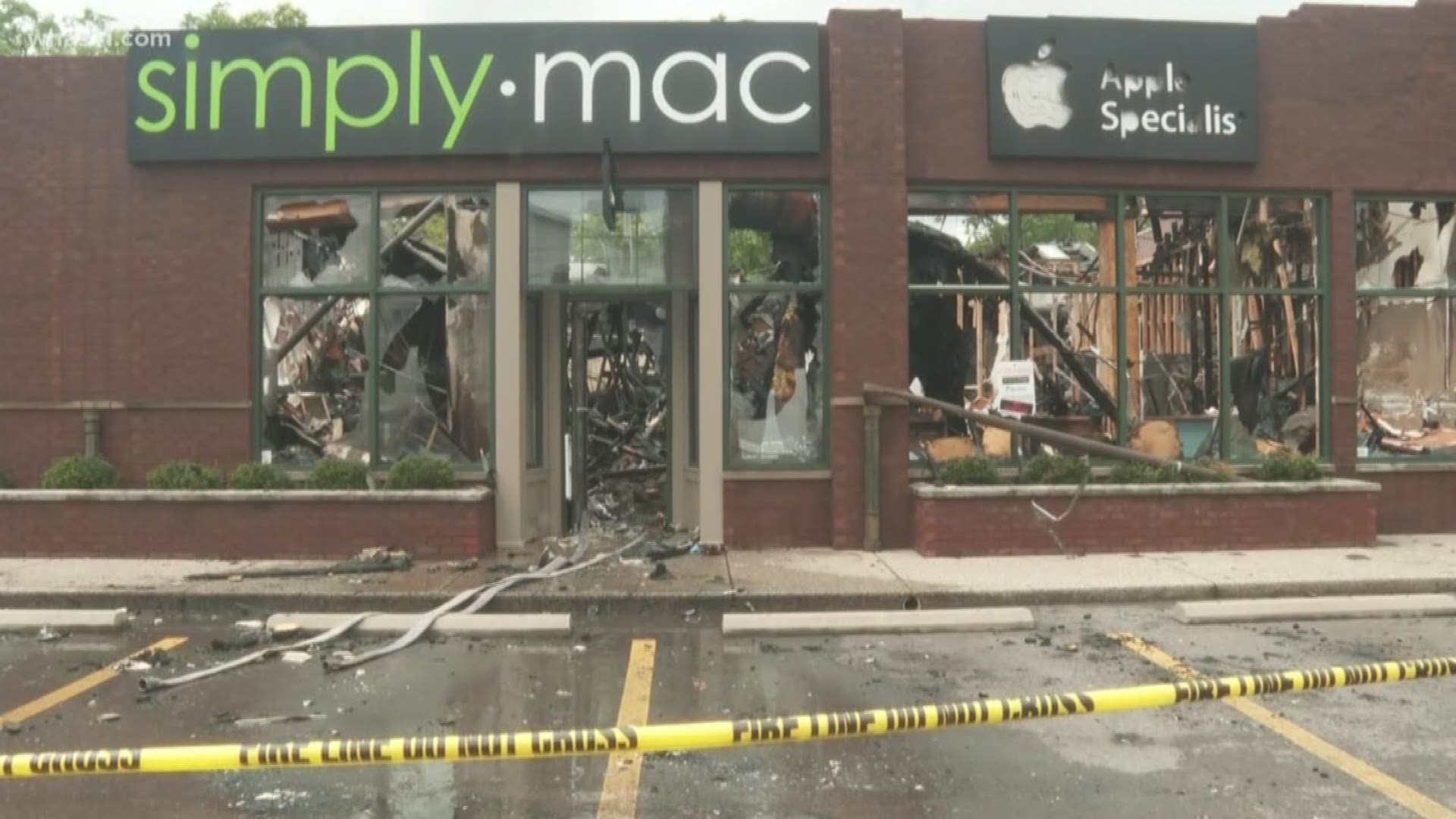 LOUISVILLE, Ky. — A fire ripped through a St. Matthews strip mall on Breckenridge Lane, destroying all of its businesses. Officials said one firefighter was treated after falling through the roof and another treated for overheating.

Sixty of Louisville’s firefighters were fighting the flames, but not one firefighter from St. Matthews Department were on the scene. Louisville's crews arrived in five minutes, but the St. Matthews Fire Chief said their response time would've been only three minutes.

He said St. Matthews covers the 300 block and then all the way out to the Watterson Expressway. The only exception is EMS. In Jefferson County, EMS sends the closest ambulance to any incident.

"We have open arms and would really like to work with them to try to get to the point where the fire side, just like EMS, sends the closest available resource, closest available fire truck. And I'm not saying use my whole department, but in conjunction with theirs,” Seng said.

Louisville's Fire Chief Greg Frederick said they've considered the idea, but they're worried about its outcome.

He said they reviewed a three-year-history of a corridor between Cannons Lane and Breckenridge Lane and said that there were only 4 to 10 high-priority incidents where both Louisville Fire and St. Matthews Fire would have jointly responded.

Chief Frederick said the computer-aided dispatch system is part of the problem in making any changes. The city and county dispatch systems are separate, so the entire design of that system would have to be redone, just for that corridor. If the department decided to make that change, there are additional questions that come up as well.

"Do we only do it with Saint Matthews? Or do we have to look across the whole county?" Chief Frederick said. "There are a lot of different dynamics as far as staffing and resources, distance and that...it all has to come into play."

Proximity isn't the only thing that the departments look at when it comes to which district responds to which incident. Just because the St. Matthews department is physically closer, Chief Frederick said it may not be the best district to respond, as it pulls resources away from the rest of St. Matthews.

"St. Matthews has a significant run volume in their own district. So, if their truck is here in our district on a run, who's covering their area?" Fredrick asked.