Vigil held in memory of victims of FedEx mass shooting

Families and friends remembered their loved ones who were killed during the mass shooting at an Indianapolis FedEx on April 15, 2021. 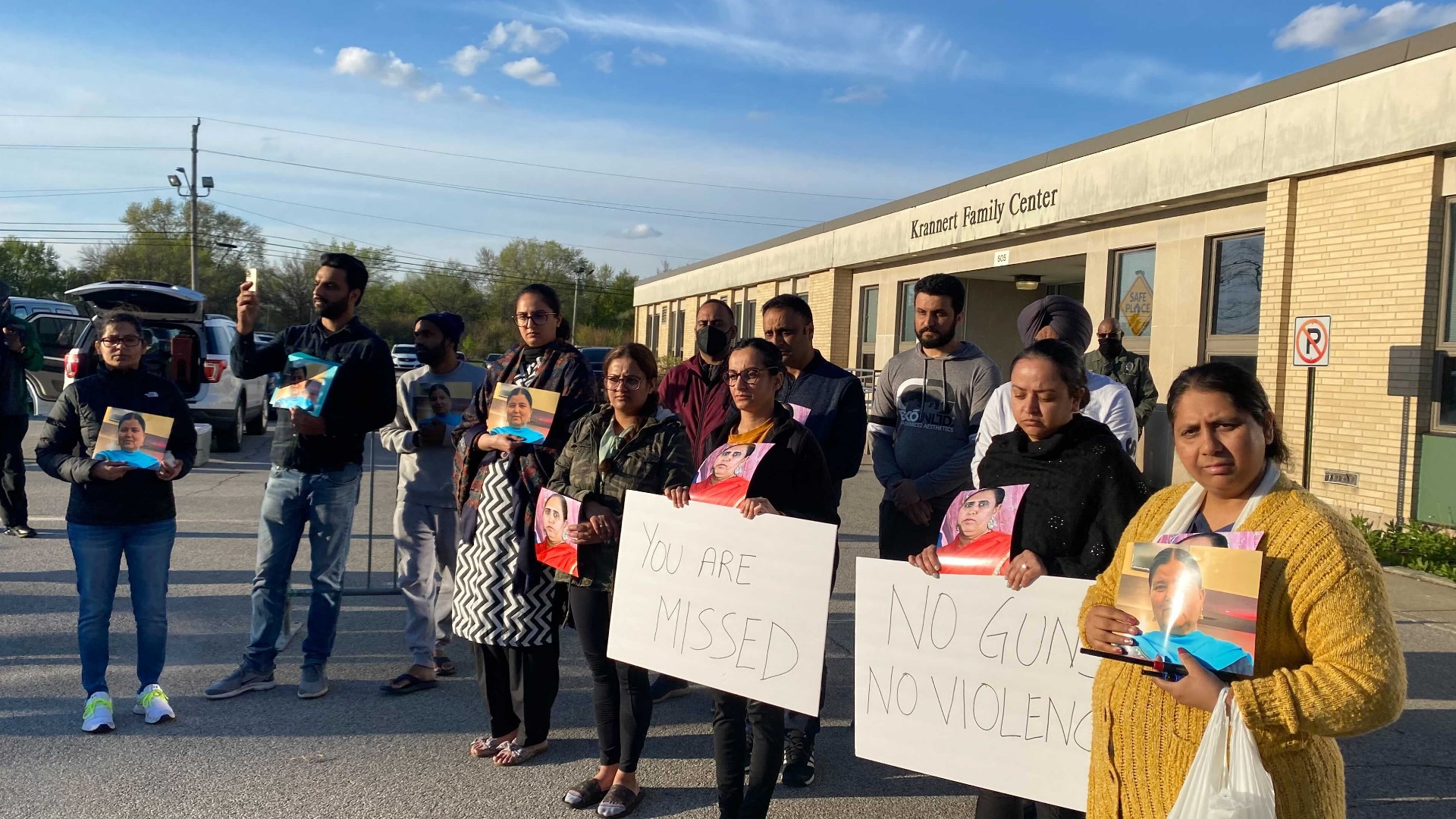 INDIANAPOLIS — The community came together at Krannert Park on Saturday evening to mourn the loss of eight victims who died in the FedEx mass shooting.

Eight employees were killed when a 19-year-old gunman opened fire on the facility before killing himself. Five other people were injured in the shooting.

"All we can do is try to be here for them. Show them some support and love. Help them get through a tough time," said Susan Hoffmeyer, a family friend of Karli Smith.

The vigil gave many a moment to grieve and process the events that occurred 48 hours ago.

"She was the most selfless person. She was the only consistent thing since I met her when I was nine all throughout my whole life. She was always there. You could always reach out to her. The best kind of person there ever was," said Ryenne Baty, a friend of Samaria Blackwell.

Many reminisced on their favorite memories.

"I want everybody in the world to experience just a little bit of Karli," said Karen Smith, Karli Smith’s mother. "If you walked away and went to the bathroom and picked up your phone when you came back and had a photobomb of Karli selfies, you are lucky if you have those in your phone."

Credit: Smith Family
19-year-old Karli Smith died during a mass shooting at a FedEx facility in Indianapolis on Thursday.

FedEx workers also came to the vigil in support. Many said they were frustrated and still in shock.

"The people that were killed were completely innocent. I knew a lot of these people and they had no reason to die. All because someone wanted to go in there and shoot up the place. I hate this. I hate knowing this," said DJ Boyles, a FedEx Employee.

Many of the Sikh community were there saying everyone needs to come together.

Credit: WTHR
Pictures of Amarjit Sekhon (right) and Jasvinder Kaur (left) are held during a vigil honoring the victims of the mass shooting at FedEx on April 15, 2021.

On Sunday, another vigil will be held. The City of Beech Grove and the Mayor's Faith-Based Roundtable will host a prayer vigil at 7 p.m. on the steps of City Hall, located at 802 Main St.  Prayers will be offered for the victims and families of those affected by the FedEx mass shooting.