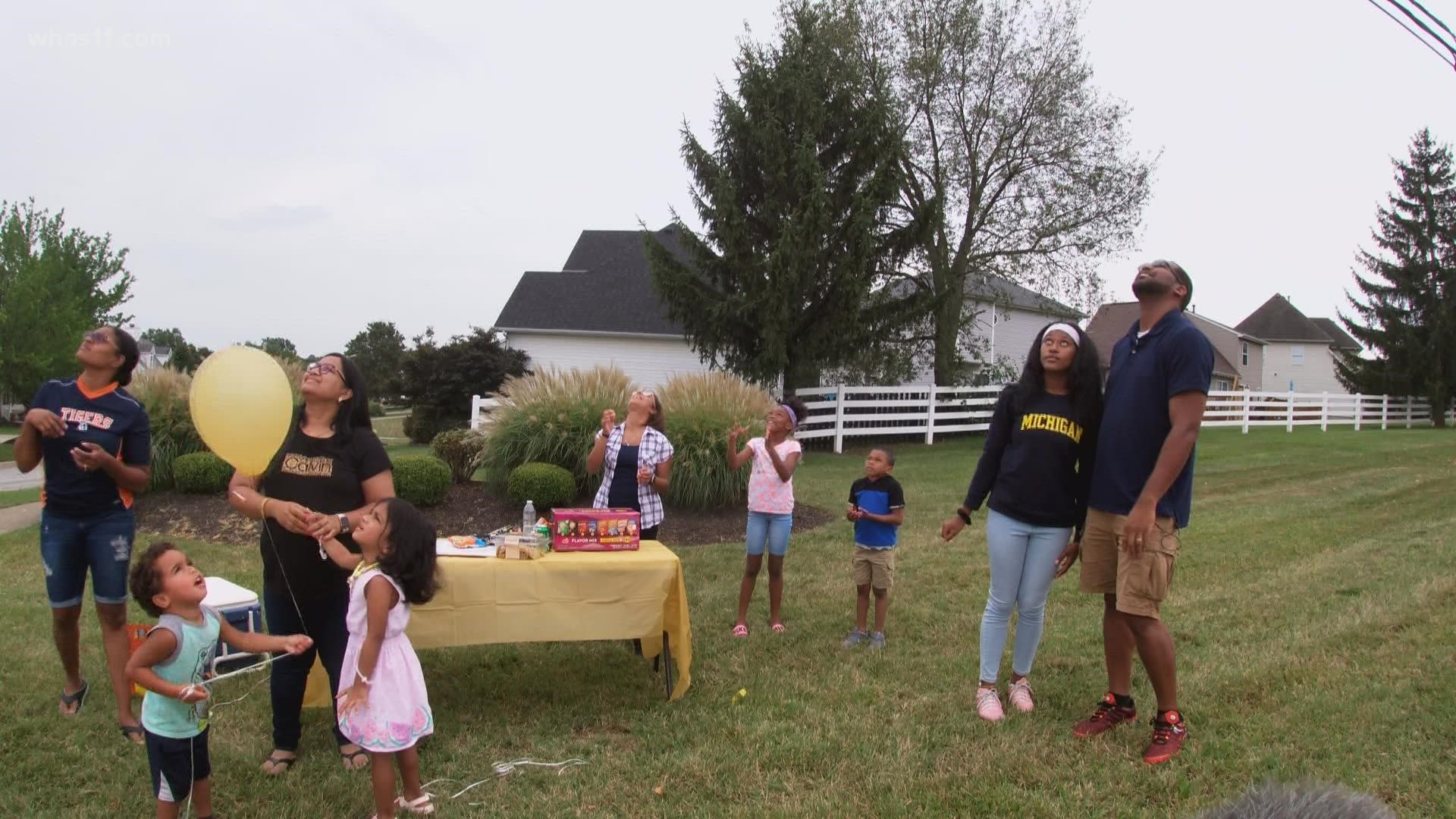 She was in that fatal bus crash on Tuesday and is still shaken up. In addition to migraines, she said loud noises startle her now. At school, a loudly shut door brought her to tears.

So, she's been looking for a way to let go of her anxiety and fears tied to the crash. She also wanted to honor Shan'l Newberry, the 32-year-old driver who died in the crash.

On Saturday, Tyria asked classmates to join her at that same intersection they were at on Tuesday morning. They wrote their fears on balloons and let them go.

"Just put them up in the air so they can release all of their anxieties, stress, and fears, so they can be okay," she said.

Garry Barber added, "For my daughter, this was her way of trying to heal."