Famers question whether they’re being dealt with honestly, they recently learned that the Meade County grain elevator was going to close on January 31. 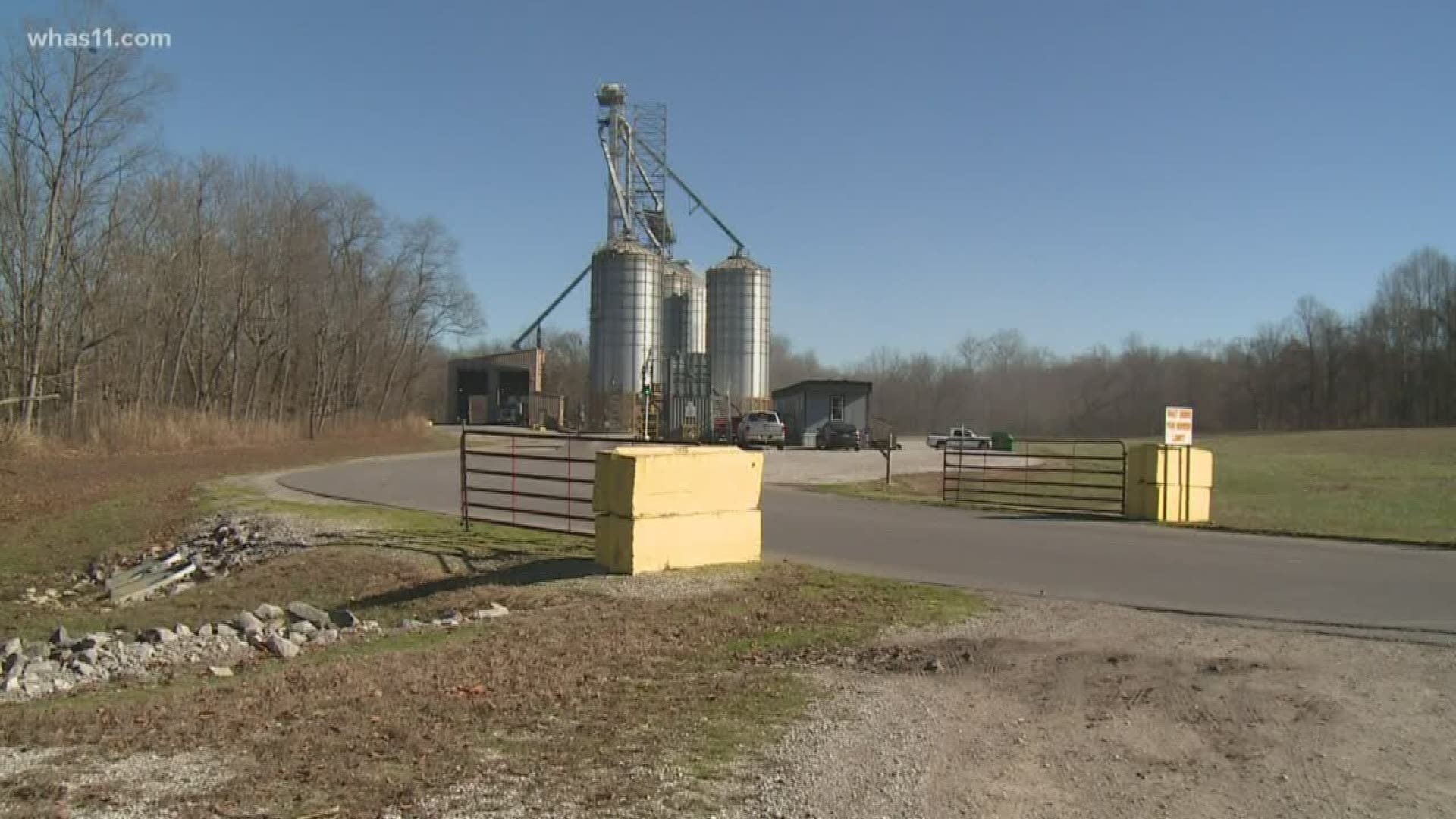 MEADE COUNTY, Ky. — Farmers question whether they're being dealt with honestly after an interview between Governor Matt Bevin and WHAS 11 Political Editor Chris Williams.

That conversation included questions about the issues facing agriculture now that the Meade County grain elevator is closing to make way for the $1.3B Nucor project.

Chilly, golden, rays reflected off of the corn being loaded up Thursday morning in Meade County. The trip to the Consolidated Grain and Barge elevator at the Brandenburg riverport is about a dozen miles from Larry Edelen’s farm. But come January 31st, getting to market will be 40 to 90 miles which will cost farmers tens of thousands of dollars in profits because the elevator is closing to make way for the Nucor steel factory.

Earlier this week we showed you how these farmers questioned whether anyone was doing enough to find a solution. Wednesday we took their concerns to our exit interview with Governor Matt Bevin who leaves the office early next week and touted the Nucor deal as one of his proudest moments.

"From before they (Nucor) even agreed to come in and build, that was already the plan. It was going to have to move”, Governor Bevin explained talking about the grain elevator. “It is literally right in the middle of where this plant is going to be built so that's actually remarkably old news. That's been known to the state and to the people at Nucor that that was going to move for at least a year.”

When we explained that farmers were just now learning of the closure, Governor Bevin responded, “Again, there are other places to go to market. I mean, there's no guarantee that just because you drive in the same direction every day that suddenly you don't have to turn in a different direction to get what you need.”

To say that the Meade County farmers didn't like the answer, would be an understatement.

“Alarming, a little bit”, said 6th generation Meade County Farmer, Martin Powers. “My thought is to who knew and when and why did we find out about 45 days ago?”

Mr. Powers reiterated what all of the farmers we’ve spoken with have said, they want Nucor to come to their community. But they’re concerned that they’re not being dealt with honestly when it comes to decisions that will have a large impact on their future.

“This Nucor thing, it is a great thing but they got the cart before the horse”, Powers said. “They didn't take care of what business they needed to take care of first.”

We've reached out to county leaders to find out what they knew and when they knew it but they have not responded to our request for comment.

“In this community, whether you're from the farm or not, that's what we live on. A handshake means something. The truth means something”, said Powers.

You can see the full exchange with Governor Matt Bevin, by clicking here.