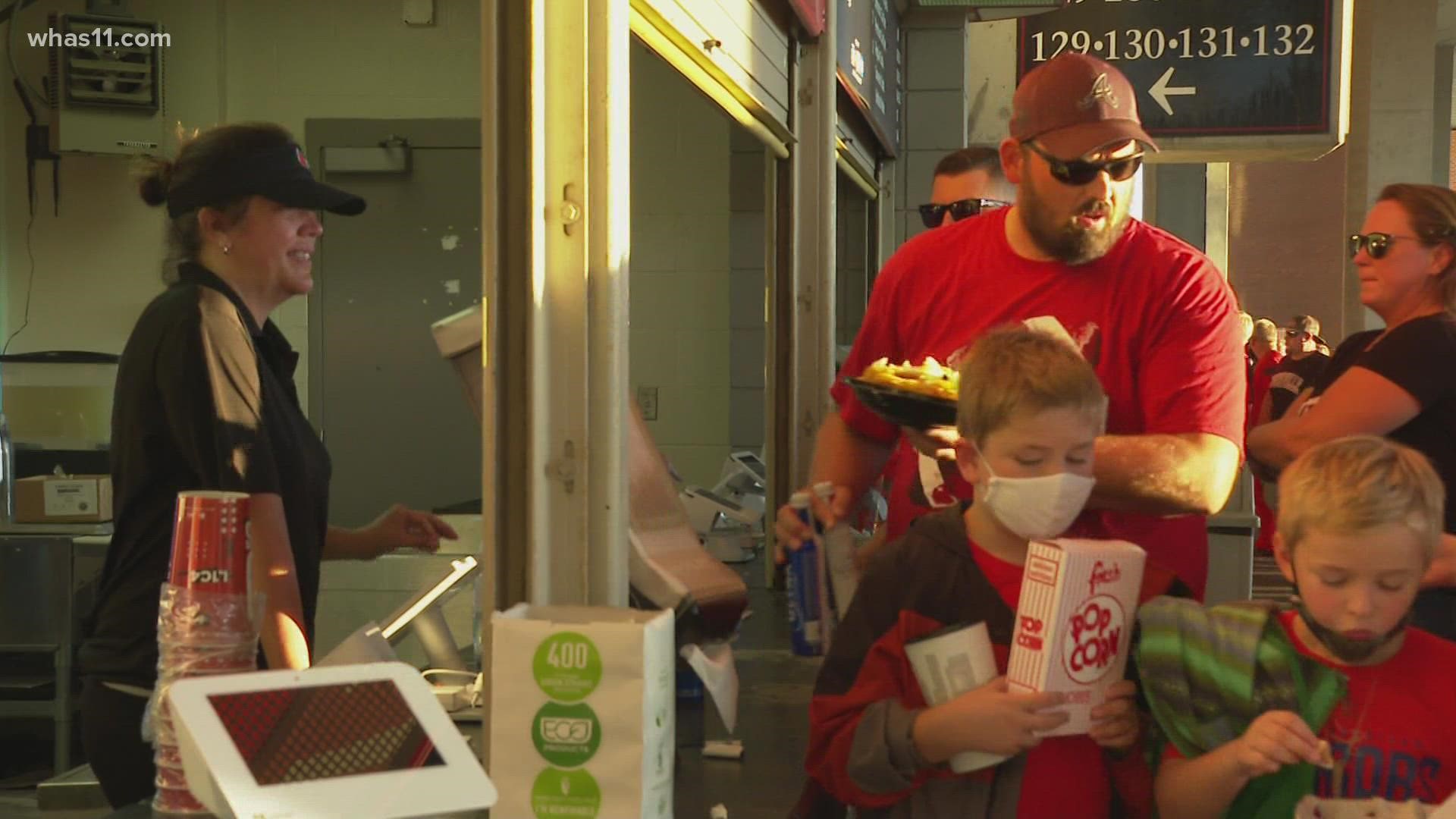 Tyra made changes, and on Friday night several fans told WHAS11 they saw major improvements -- despite some hiccups. Folks got drinks at discounted rates, and in some cases, for free.

"I had been here last week, tonight's a better night," one fan said. "[Last week], if you wanted to get food, there wasn't food to have."

Fans of all ages, lifetime supporters and even first timers were giving Cardinal Stadium a second chance after last Saturday's experience fell flat.

"I waited an entire halftime to get a beer," Dave Santana said.

In many cases, credit card machines not working. Tyra apologized.

"Unfortunately, Saturday made my head explode with what occurred," Tyra said.

During Friday night's game against UCF, Tyra told us off camera that outside of staffing, they worked to fix software issues.

Seemingly, many more payments went through this week.

"So far the progress has been good, a lot better than last week," fan Steve Cooper said.

There were still some hiccups. One vendor already tallying 37 comped beers before kickoff for when customers' swipes weren't going through, as instructed by Tyra. He says the fan experience is the priority.

"Biggest difference was time to get in, less than seven minutes," another fan said.

As for the wait times at concessions, WHAS 11 went in line near the end of the first quarter. It took just over 10 minutes to get to the cashier, a significant improvement to more than 30-minute waits reported by some the previous week.