The Twin Spires had a lot of changes including fan limits as horseracing returned to the iconic track. 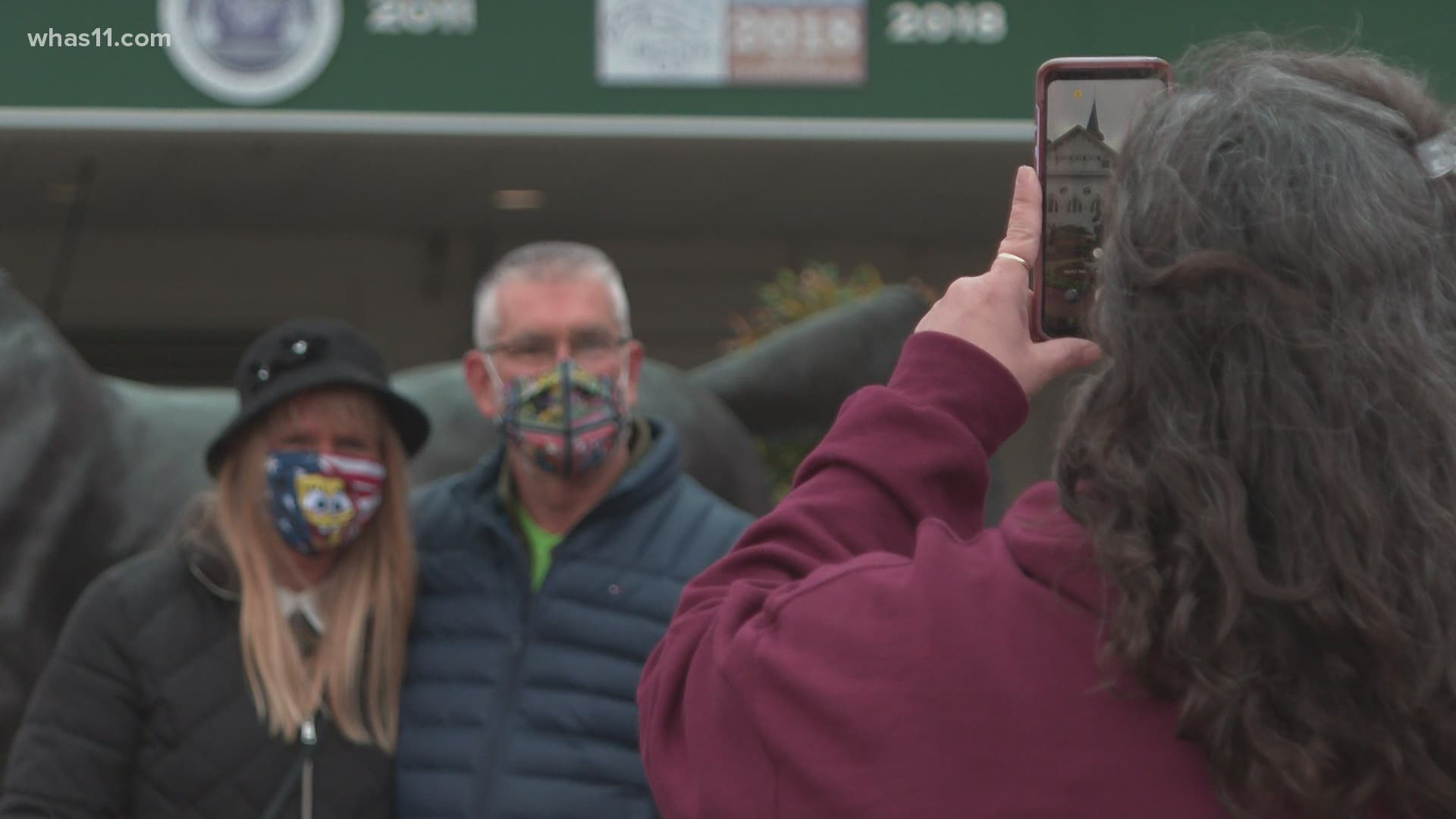 LOUISVILLE, Ky. — Weeks after Kentucky Derby 146 ran without spectators, fans were counting down the days the could once again visit Churchill Downs.

While many who attended opening day of the fall meet said it couldn’t have felt better to be back, they acknowledged how different things are considering the pandemic.

The home of the Twin Spires is following guidance mandated by the state for venues and events.

Mandatory mask use when spectators are not drinking or eating, temperature checks, medical screenings, social distancing markers and spaced out seats are among the changes – everything fans were happy to comply with.

Churchill Downs has also decided not to do general admission tickets but are selling floor box seats so they can assign seating.

"We've been waiting for this. Everybody that is here is acting responsibly they're happy to be here. I know I can speak for the track officials, but I also think I can speak for the jockeys the trainers, the owners, it's really gratifying to hear people cheering down the stretch as horses come down the lane," Darren Rogers, senior vice president of communications, said.

Rogers said it’s a great step as they continue to plan for 2021.

Credit: WHAS-TV
Spectators gather at Churchill Downs during the fall meet on Oct. 25, 2020.

Fans like Glenn Jones have been coming to the track for years. As a fan, the 146th Kentucky Derby was the first he missed in nearly 50 years. He also has worked on nearly every end of the track.

“The race track is just like a second home, I mean it’s so much fun," Jones said. “I was a hot walker, I was a groom, I was an assistant trainer, I run the turf shop, I run the breeders cup barn the first year they had it here. I’ve done it all.”

Now as he sits in his seat as a fan he’s getting a new view of his second home; it’s the only other place he’s been aside from his actual home, during this pandemic.

Darren Rogers says Churchill has been preparing COVID safe guidelines for months, and now that it’s been implemented, they can see fans following the rules.

“It’s heartwarming to see them coming back to see horses again today," Darren said. “It’s really gratifying to hear people cheering down the stretch as horses come down the lane.”