After writing a story covering vandalism in the city, a LEO writer says someone threatened her parents with a note and vandalized their vehicle. 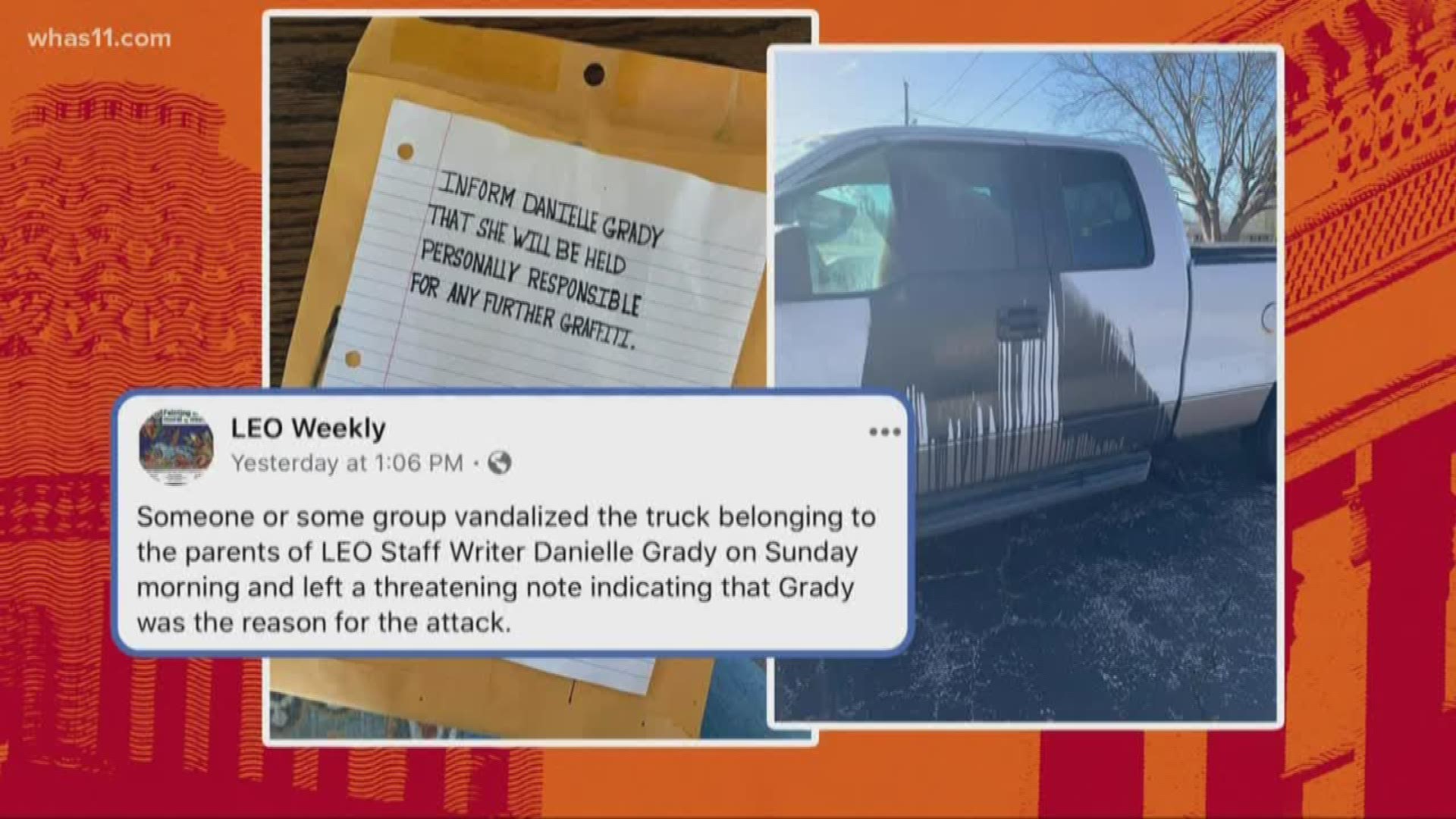 LOUISVILLE, Ky. — A writer for the LEO Weekly says that someone threatened her parents with a note after they vandalized their truck.

The moment was caught on surveillance cameras.

In the video, a man gets out of a car, walks up to the white truck, places the note on the windshield and then throws paint on the vehicle.

Danielle Grady says whomever vandalized her father’s truck, left a note saying she would be personally held responsible for any further graffiti.

Grady says the vandal didn’t mention a direct motive in the letter, but it did make mention of graffiti.

She recently wrote an article for the alternative paper, covering the city’s handling of vandalism.

The LEO said on its Facebook page that Grady wrote the story about business owners having to clean up graffiti and cover the costs.

Grady says her parents called police and they are looking into the incident.

RELATED: Artwork outside of Toast on Market removed after vandalism