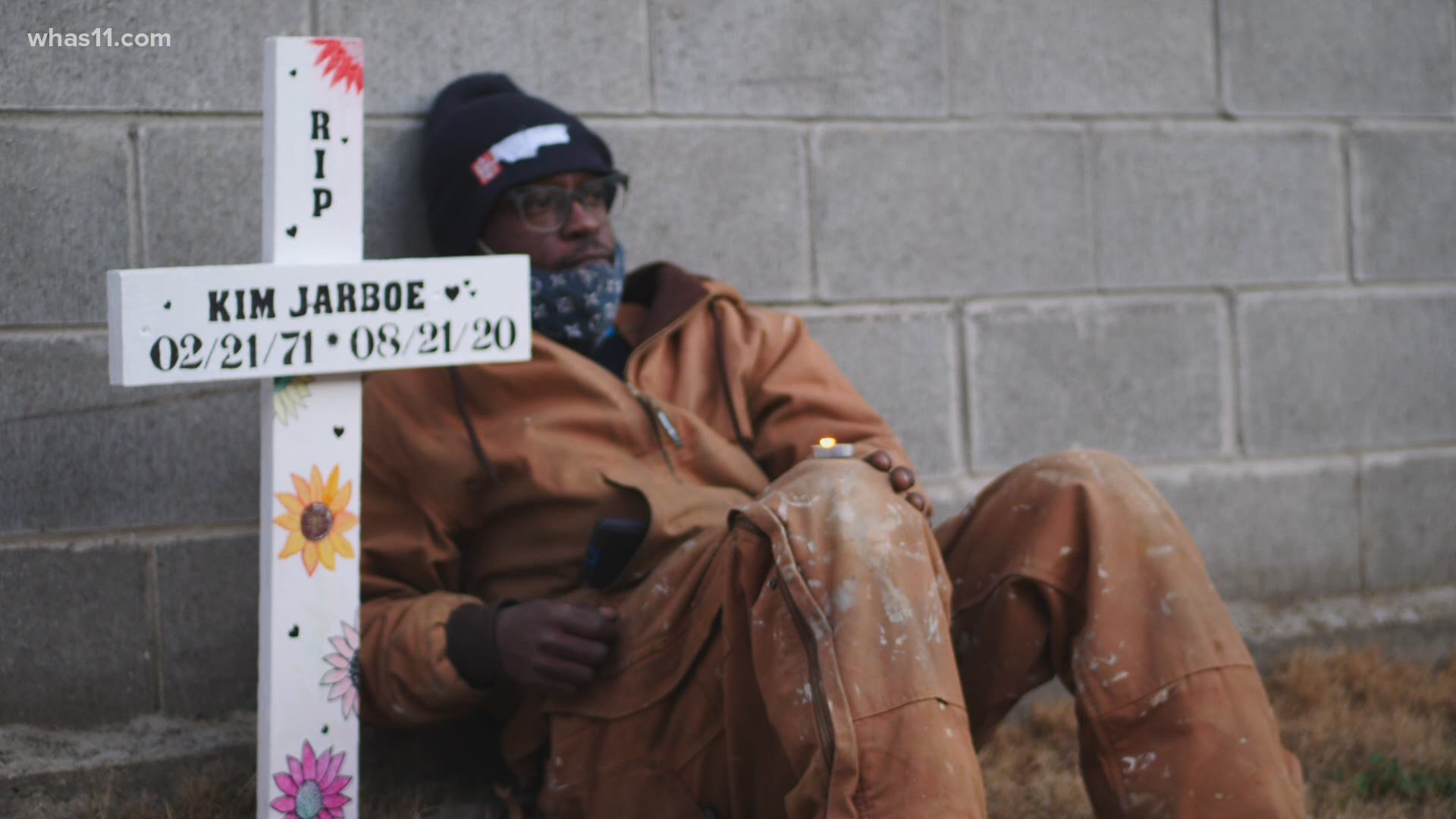 LOUISVILLE, Ky. — Gathered in an alleyway off West Market Street and South Shawnee Terrace, friends and family of Kim Jarboe, a TARC bus driver, laid candles where she was killed.

"I love her, we love her," Jarboe's best friend, Stephanie Brown said.

Shot during 2020's record year of gun violence, after losing her own son, Andrew Elliott, 10 years ago, when he was shot and killed at 15 years old. During her lifetime, Jarboe dedicated time to helping survivors of violence.

As Jarboe's family and friends gathered to remember and honor her life and her son's, they said she'd be "disgusted" and "irate" to know the violence hasn't stopped since her death. Instead, Louisville has seen the deadliest January and February on record.

Christopher 2X, leader of victim advocates organization GameChangers, said  it's a trend he's seen continue from last year into this one.

"Bottom line is the energy has not dissipated at all. It's a little bit worse," he said. "I've never seen in 20 years a January and February like we've seen in 2021."

2X said February is the 13th month in a row with double digit homicides, after 14 people were killed and 45 others were involved in non-deadly shootings.

"When you have no accountability," 2X said, "it emboldens a person to feel like the only way I can settle a difference is through reckless gun play."

"It's not how it's supposed to be and she wouldn't want that. She'd be out here with anyone else's family if she were here," Brown said.

Jarboe's name and memory are living on, through donations to the Chestnut St. YMCA child development center, where she drove her bus route, and met with kids impacted by violence.

LMPD said Monday night the investigation into Jarboe's death has been closed due to the death of the person they believe killed her. LMPD said that person, who's name they wouldn't reveal, was also killed in a homicide at the end of last year.