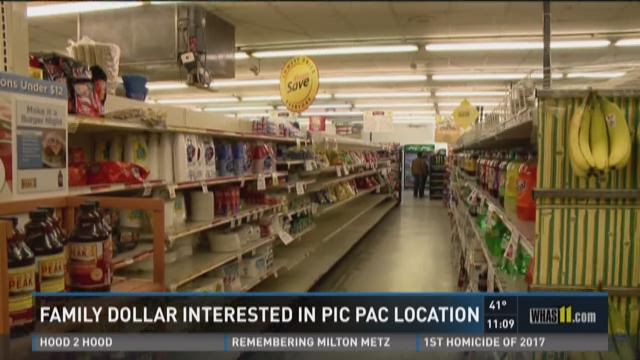 "Everything is right there," he told WHAS11.

He lives across the street so like many of his neighbors, he walked there. Those walks ended when the store closed late last year.

"We were just talking about it the other night - about how we miss it," Baker said.

The city's planning website reveals possible future plans. A Memphis based company wants to turn the building into a Family Dollar, but Baker thinks that may be a bad business move.

A search for dollar stores in Louisville brings up multiple listings. For Family Dollar alone, we found 17 locations in the metro all within about nine miles of each other.

"We need something more than the same old, same old," Jessica Green said.

Councilwoman Green's first district covers the West End. She believes the discounted retailer is over-saturating the city. She's working with her colleagues to look into what can be done to promote and keep more full-service grocery stores.

"We need some stores to step up to the plate and be loyal to the customer base that has been loyal to them for many, many years," she said.

It's a sentiment shared by Baker who can only hope the city checks out other options. "Put it in God's hands for the community," he said.