"I have three other children that I need to prepare Christmas for and I've barely wrapped a gift," said the mother of murdered 19-year-old, Christian Gwynn. 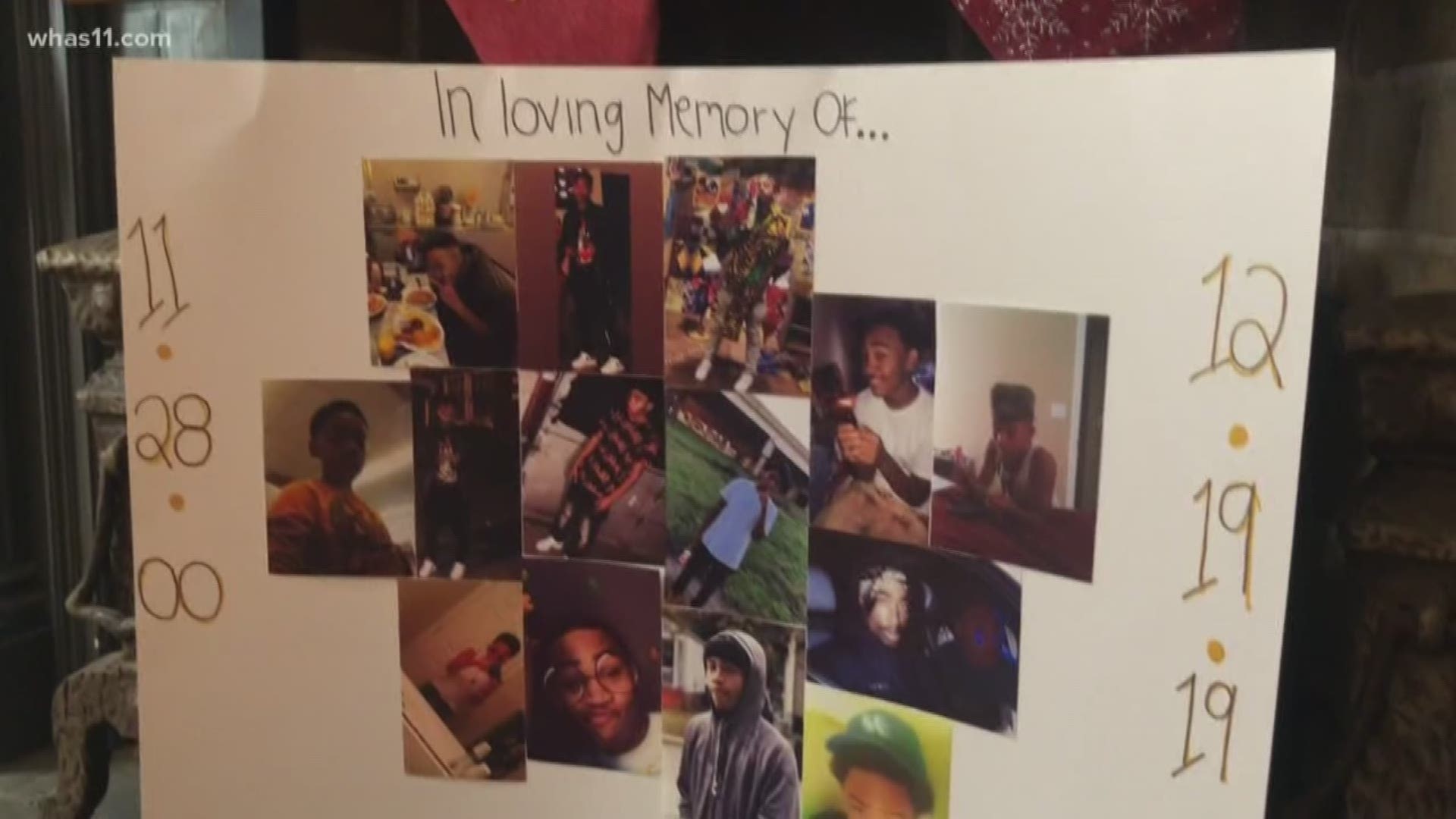 LOUISVILLE, Ky. — What is supposed to be a holiday filled with cheer is a painful reminder for families who have lost loved ones this year to violence.

"This year I don't know if we really have much plans we usually draw names at Thanksgiving we didn't really draw names and we haven't discussed gift exchanges," Jose Munoz's sister-in-law, Donna Munoz said.

February will mark a year since 25-year-old Jose Munoz was shot and killed inside an Okolona Olive Garden restaurant. His family is spending their first Christmas without him.

The father who had one son back in his homeland was one of twelve siblings originally from Mexico. He was building a home in Mexico while starting a new chapter in Sellersburg, Ind.

"We have our days sometimes you're kind of numb to it you expect him to show up and then there are some days that's a little tougher," said Donna Munoz.

Police charged DeVone Briggs with murder in this case. The family is looking forward to trial in 2020, and said they are thankful for an arrest.

"Because we know there's a lot of victims –families out there that haven't gotten any answers or arrests," Donna Munoz said.

The family of Christian Gwynn is preparing his funeral after the 19-year-old was shot and killed Thursday, December 19 on West Market Street. His family said it was a drive-by shooting.

"I have three other children that I need to prepare Christmas for and I've barely wrapped a gift," Christian Gywnn's mother, Krista Gywnn said. "Tomorrow morning is going to be so numb to me, but I have an 11-year-old and I've got two 17-year-olds, and I have a 23-year-old that I have to get up for and put on that face for them."

At a time when she is supposed to be cooking Christmas dinner, playing music, and laughing with her kids, the only thing Krista Gwynn wants this holiday is to find the person who pulled the trigger making her son the 93rd homicide in Louisville in 2019.

Families grieving are hoping for a new path toward change as we are entering a new year.

"My problem is not the guns it's the criminals out there I think we need to do more of sweeping criminals off the streets – not just the guns," Donna Munoz said.