LOUISVILLE, Ky. — The director of the Fairness Campaign in Louisville was arrested Thursday during a protest at the Kentucky State Fair.

During this year's protest, Kentucky State Police Sergeant Josh Lawson said Director Chris Hartman and two others attempted to force their way into the private event despite organizers providing a designated area to demonstrate. They were handcuffed and taken out of the convention center by troopers.

RELATED: The Fairness Campaign makes a lot of accusations against the Kentucky Farm Bureau. Are they true?

In a live video on the Fairness Campaign Facebook page, the protesters are stopped by officers as they attempt to enter the Kentucky Expo Center with their mascot, “Freda Fairness." After an argument with troopers, Hartman is asked to leave the premises. In the video, Hartman lays down on the ground and is dragged out by police. Fairness Campaign protesters chant as Hartman is taken into custody.

“If you want to violate my first amendment rights, you’re gonna fight for it,” Hartman says in the video as he is put into a state police cruiser.

He appears in a separate Facebook video on the Fairness Campaign’s page, which appears to have been recorded in the back of the cruiser.

He says that he was “aggressively, violently arrested and dragged out” and that his wrist was nearly dislocated during the arrest.

Hartman was previously arrested by KSP while protesting in 2015. In 2017, Hartman attempted to bring the mascot into the breakfast but was not allowed in with it. 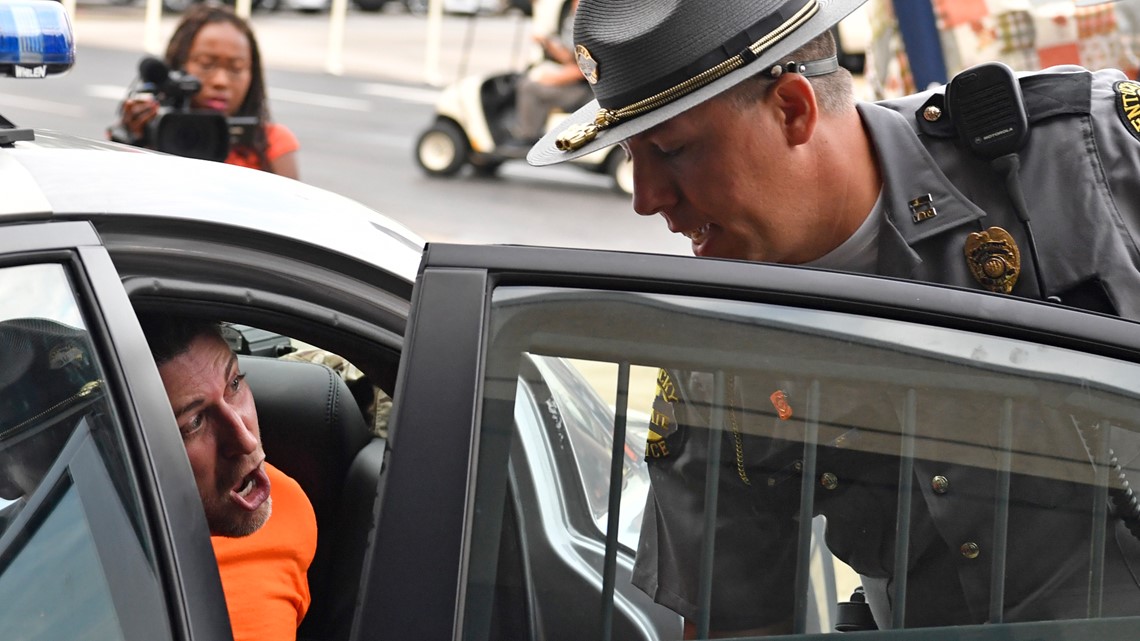