Baseball field to be named after fallen Deputy Brandon Shirley

As Shirley's family awaits an arrest in the case, one councilman has offered a way to cement Shirley's legacy into the roots of his upbringing. 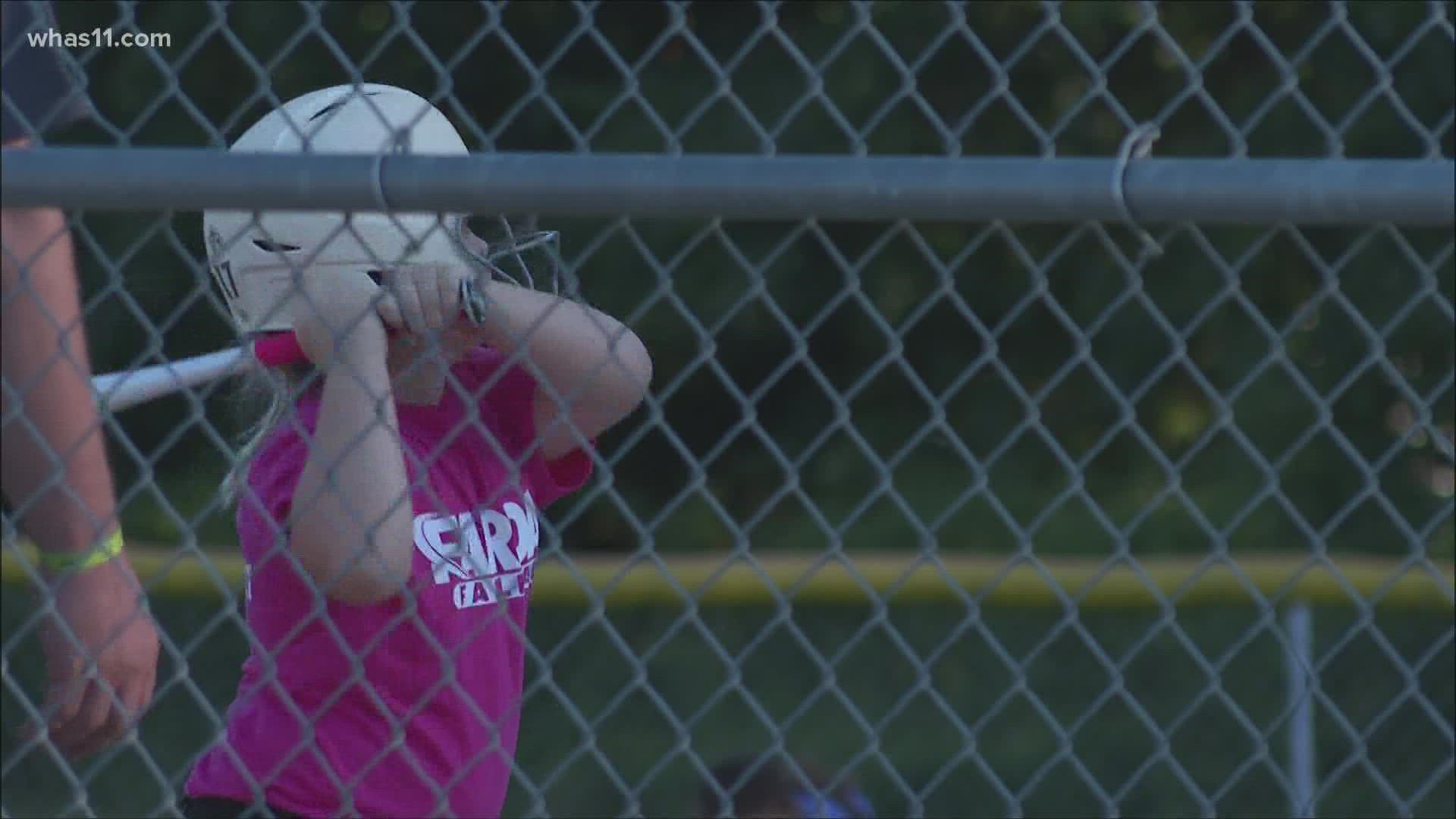 LOUISVILLE, Ky. — More than one month has passed since a Jefferson County Sheriff's Deputy was shot and killed while working off-duty security in what police called an ambush.

"We all want answers," said Metro Councilman Mark Fox, representing Louisville's 13th district. "I know a lot of these things don't go as quickly as you want them to go. I trust that they'll tell me when they tell everyone else."

Councilman Fox is preaching patience to Fairdale locals, as LMPD searches. And as Shirley's family awaits an arrest in the case, his home of Fairdale is honoring his memory and Fox is offering a way to cement Shirley's legacy into the roots of his upbringing.

We went to Nelson Hornbeck Park, off Fairdale Road, where the youth baseball fields soon will be officially named Brandon Shirley Field.

"Out of tragedy, comes something beautiful," Councilman Fox said.

It was the spot Shirley grew up playing baseball, the place his dad would coach, and the stands where his mom often could be found cheering them on.

"We did something permanent so those footprints that Brandon left in the base path will never get erased," Councilman Fox said.

Every single coach and player could be seen with Shirley's name written across the backs of their team shirts.

"It was unanimous, one of the first things we wanted to do," said league commissioner and coach Mike Prinz.

Prinz just found out the field renaming would be coming, and feels it's the perfect decision.

"He was a service to the community, did everything he could to help this community out. That's the main thing we try to teach the kids, that's why we get involved," Prinz said.

Prinz tells WHAS11 that teams are dedicating their season to Shirley, a man who was a teammate on the field first before becoming one on the force.

"In the sports realm, the Shirley family has always been there for them, and this is the opportunity to pay it forward," Councilman Fox said.

We're told the sign change is expected to happen in the next few weeks. A public dedication was originally planned for Sept. 18, but Councilman Fox says because of worsening COVID numbers, they've decided to postpone until spread slows.

Meanwhile, there's still an $80,000 reward for information that leads to a conviction in this case. LMPD previously released a photo of a possible 2002 to 2005 GMC or Chevy truck they say may have been involved.

Anyone with information is asked to call the anonymous tip line at 574-LMPD.