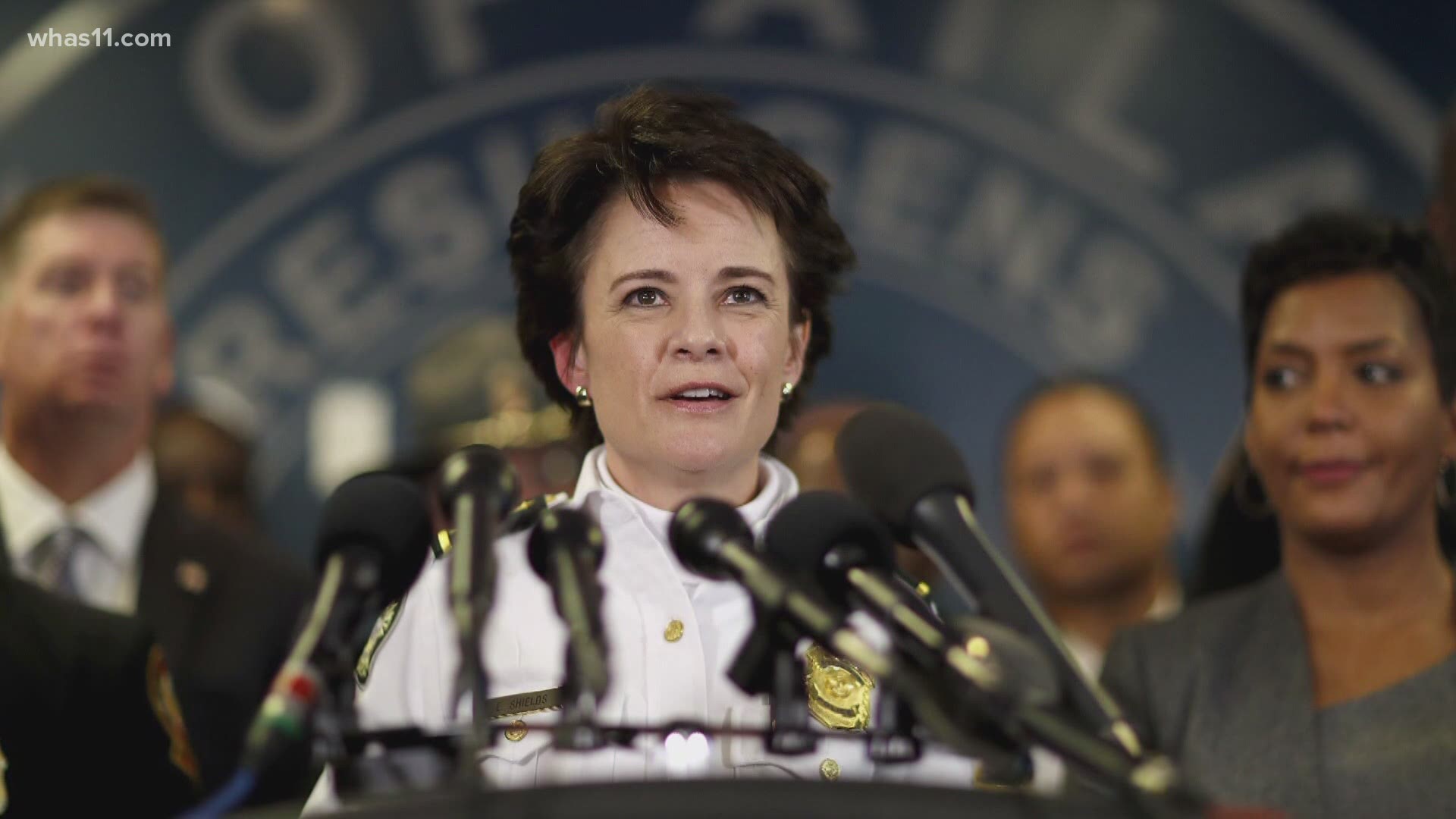 Mayor Greg Fischer said Shields was the "unanimous choice" to become the department's new chief when her position was announced earlier this month.

Shields has worked in law enforcement for 25 years, first joining the Atlanta Police Department in 1995 as a patrol officer. She rose through the ranks, eventually commanding APD's public standards unit and developing the department's policies.

Shields resigned from her role as chief after three and a half years following the police shooting of Rayshard Brooks on June 12, 2020, which she said "sickened" her.

Interim Chief Yvette Gentry, who served more than two decades with the department and came out of retirement to bridge the divide between the community and police, will officially retire again as Shields is sworn in.

Gentry said to succeed, Shields will need to understand what makes Louisville unique and to be able to listen to a wide range of voices in the community.

"Louisville is a small city with a lot of people, and so it's very different," Gentry said. "It's not just about the demographics. It's a very small group of people who are the movers and shakers and you can find yourself listening to this echo chamber of people, but you've got to get out there and really learn."