A new report from the Kentucky Center for Economic Policy says counties across the bluegrass are "wildly inconsistent". 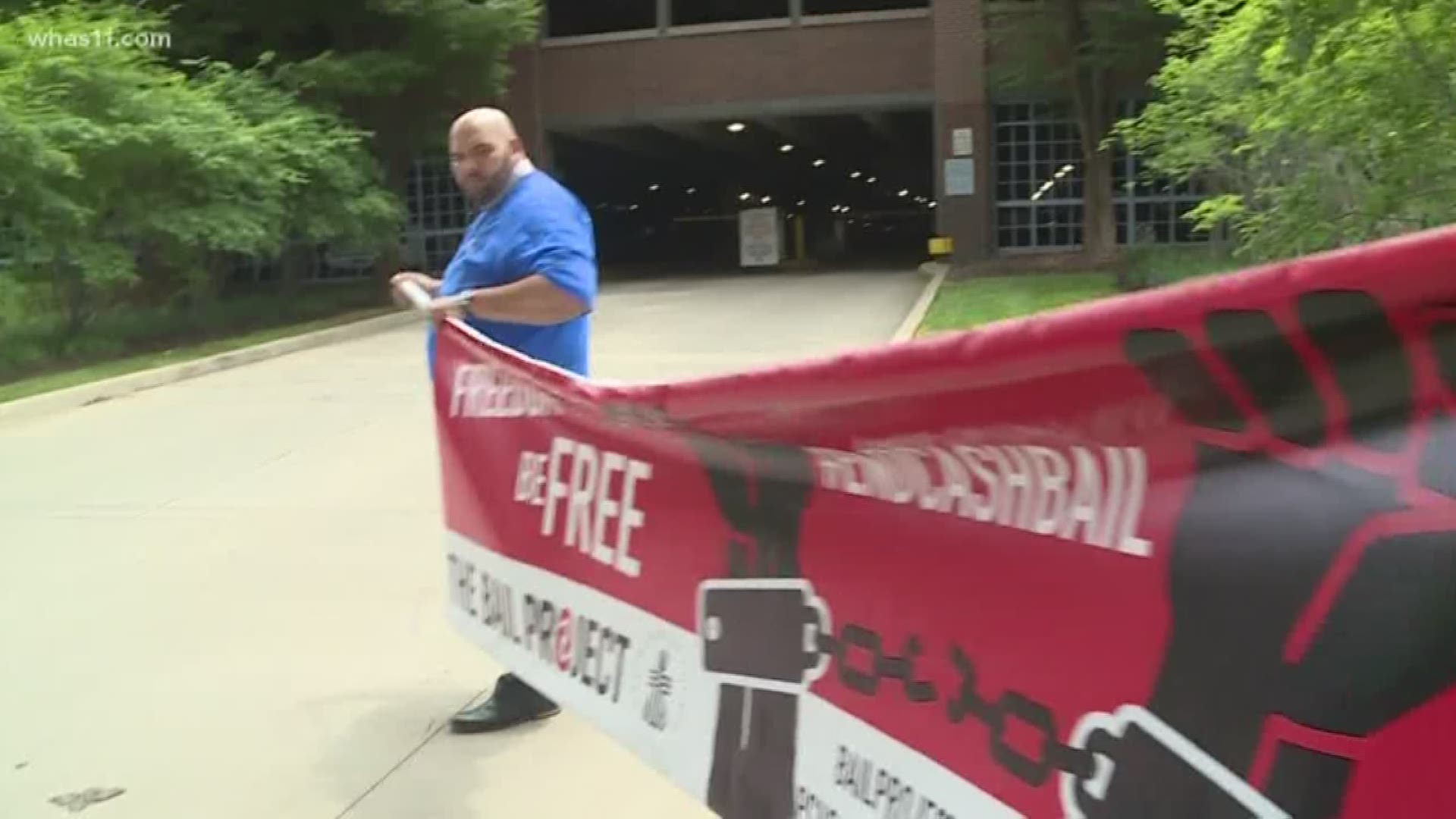 LOUISVILLE, Ky. — (WHAS11) --The cash bail system is an unfair system that needs to be overhauled and reviewed in many ways, according to one local reverend.

A new report from the Kentucky Center for Economic Policy says counties across the bluegrass are "wildly inconsistent."

The Bail Project, according to Shameka Parrish-Wright who is the Louisville Sight Manager, The Bail Project’s mission is to ensure that freedom should be free.

"Like just in the last week we've got over 140 or more referrals," Parrish-Wright says.

“These are the kinds of traps in the social justice system that we are trying to eradicate across the board and one is the mass incarceration system in the United States of America… I also feel the church has some complicity in this." Reverend Dr. J. Herbert Nelson, II, of Presbyterian Church USA, says.

Around 60 people rallied and marched Wednesday from the church to Jefferson Square to shed light on this issue in the community.

"There are people held in jail pretrial who haven't been convicted, they are victims of that” Shameka explains.

Putting someone away for a while to achieve penitence is not a new phenomenon. A widely cited case amongst many activists is the Kalief Browder story. Browder was accused in 2010 at the age of 16 of stealing a backpack in Bronx, New York. He awaited his trial at Rikers Island for three years, two of those years were spent in solitary confinement. Browder’s family was unable to afford his bail, set at $900. He was released due to lack of evidence from the prosecutor’s case. Browder committed suicide two years later after he was released in 2015.

"The very call that we had to establish these kinds of places of penitence, we now also have a responsibility to eradicate when they have run well away from what we expected them to be ultimately as a church. It's also had a significant impact on families overall and that is what we believe in the USA is the fabric upon which we can help future generations. Rev. Nelson states.

The church says they're fulfilling their goal to be a community citizen.