Senate Bill 58 would prevent pardons in the 30 days before a gubernatorial election and between the election and swearing in. 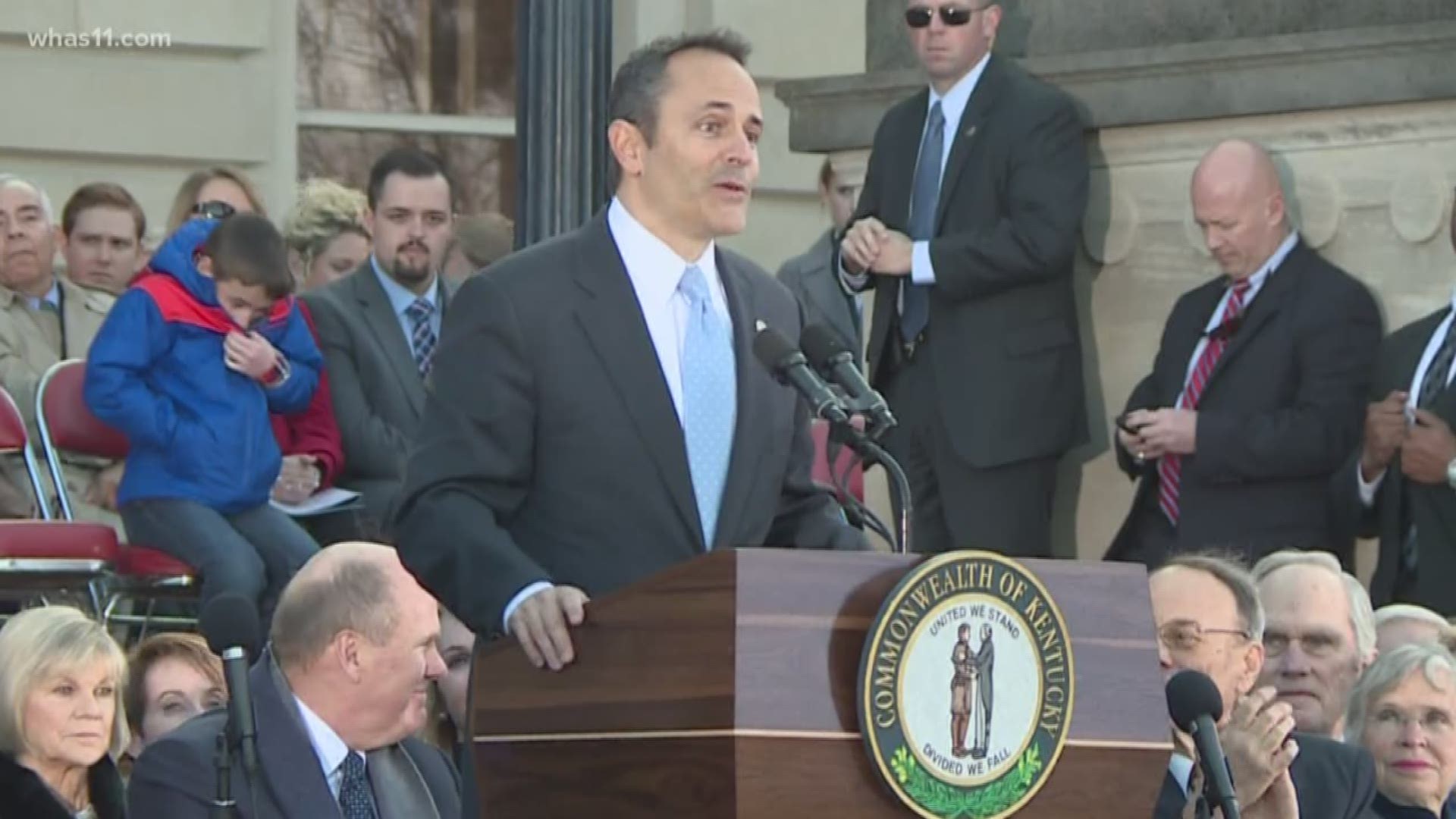 LOUISVILLE, Ky. — Those controversial pardons by former Kentucky Governor Matt Bevin were the focus of a hearing at the Capitol on Wednesday and included testimony from a child sexual assault survivor.

Chloe Randall,16, told lawmakers an acquaintance raped her 4 years ago and she wants her attacker to spend every minute of his 75 year sentence behind bars. Chloe fears a governor’s pardon.

She sat next to a family friend, 23rd District Senator Christian McDaniel, as she testified in favor of McDaniel’s Senate Bill 58.

SB 58 would prevent pardons in the 30 days before a gubernatorial election and between the election and swearing in.

“There will be no more hiding in the darkness of the last minutes of an administration”, the Republican, Senator McDaniel, told the committee. “There will be no more allowing the rich and the powerful to influence the scales of justice without recourse from the citizens of the Commonwealth.”

Opponents testified that this could prevent pardons and create barriers for those who've earned a clean slate.
It cleared the committee and is on its way to a full vote in the Senate.

Chloe explained her strength, testifying to the committee, “I got a little emotional today up there and I let out a few tears and, I'm like, you know what? We got this. And then part of me just shuts the nerves down and I stand up for what I believe in.”

Chloe believes that Governor Bevin's pardons sent a frightening message to survivors and their families. We asked what message she has for others like herself.

"If you just realize that you have a purpose, and there's purpose and there's reason for this, then you have your justice”, she said. “You've got supporters behind you. You may know them or you may not."

If SB 58 clear both the Senate and House, it will be up for Kentucky voters to decide. A constitutional amendment requires a public vote so it would be placed on the November ballot.

RELATED: 60 days out | A look into the lives of those pardoned by former Kentucky Governor Matt Bevin